‘Honestly, I did not like the city when I first arrived from Denmark after my exchange studies there’, he said. ‘The Danish capital Copenhagen was comfortable, while the early weeks of my life in Russia were a great mental challenge. Torn between the cosy imagination of Denmark and the relatively harsh life in Moscow, I was not sure what to do’.

Fortunately, he managed to overcome and adapt, which was helped by the Russian language classes offered by HSE.

‘At first, the lessons were a bit tough as everything was communicated in Russian’, Johnson says. ‘Then I realized, if I am going to perfect my language skills, I would have to immerse myself in the language. The lessons also urged me to write essays in Russian on mass media, politics and my personal life, which my previous classes back in Hong Kong never trained me to. The new influx of vocabulary and daily interactions opened a new dimension that helps me sharpen my skills’.

By the end of the first three weeks, Johnson’s outlook had become more positive, especially as he met more international students, including from the U.S. and Turkey, who were willing to join him on military museum tours and other events. 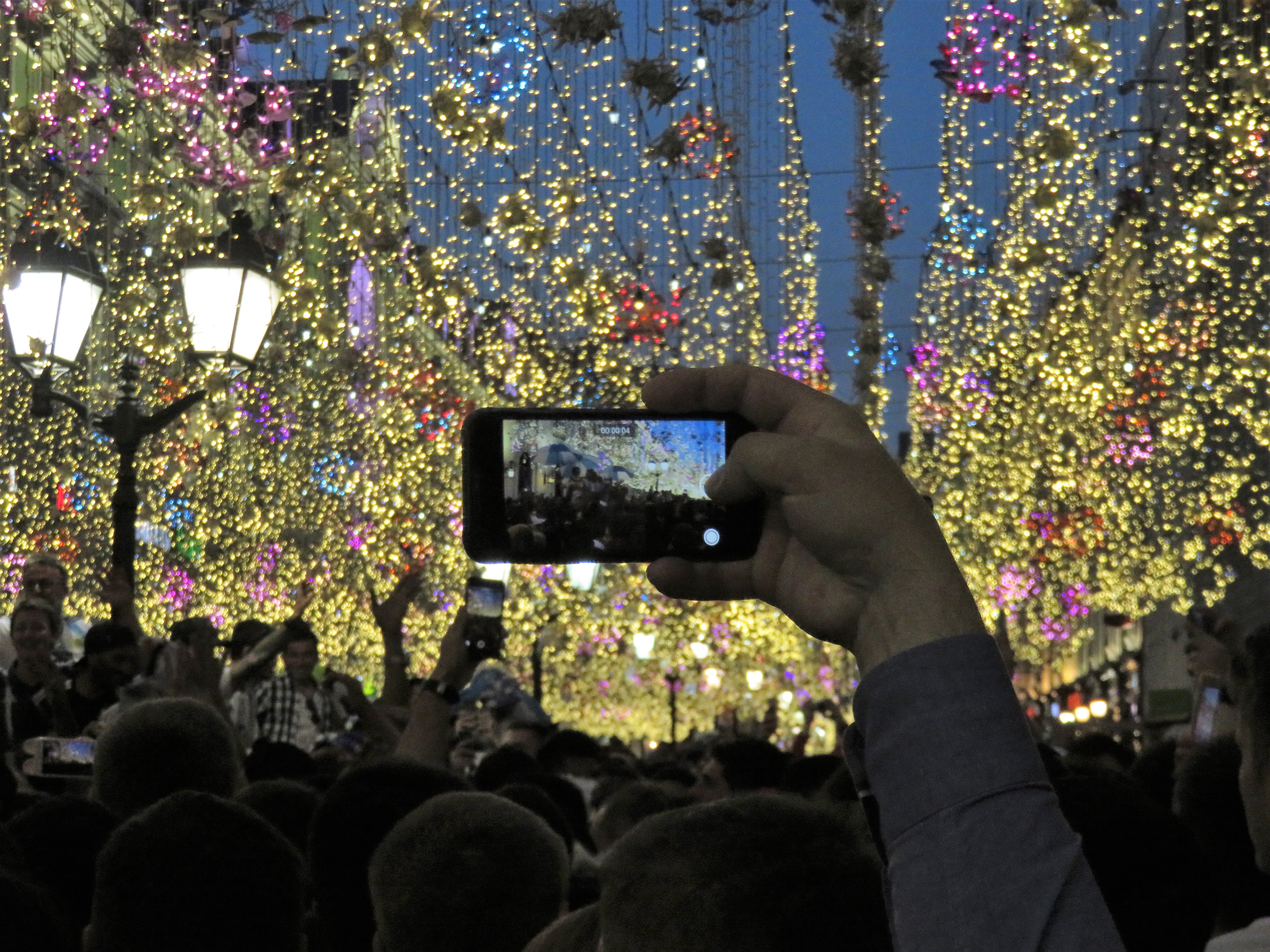 Immersion through an internship

‘If there is anything that I can be proud of, it is working as an intern in the HSE Faculty of Economic Sciences International Office’, Johnson says, adding that tasks he is given like translation and design allow him to demonstrate personal interest and expertise. ‘This internship is also more meaningful compared to some of my Hong Kong friends’ internships where they have to sit in an office all day just to work on data entry’.

In addition to providing interesting work, serving as an intern in the International Office has helped Johnson expand his horizons in other ways as well. He credits Oxana Budjko, the head of the office, for introducing him to a number of events, including a concert held by the HSE orchestra.

‘I am not a big fan of classical music and did not have high expectations’, he said, but ‘the concert turned out to be mesmerizing with a superb performance. When I took some photos, the performers kindly posed for my camera’.

Oxana Budjko also introduced him to a walking tour where he was able to explore the city’s architecture, which is one of his main interests in addition to music. While he was only able to understand a portion of the tour, he nevertheless enjoyed the opportunity to experience avant-garde Soviet architecture, including a scenic sunset he encountered by chance.

‘Dumpling Day’ at a Russian artist exhibition was yet another opportunity that allowed him to explore Russia’s culinary culture.

‘What’s better than joining family gatherings and appreciating artworks at the same time?’ he says enthusiastically. ‘An unforgettable blend of locals singing folk songs, handmade pelmeni (Russian dumplings) and the exhibition of lovely dolls really made my day. If I could only speak better Russian to communicate with the ladies and children!’

A deeper appreciation of Russia

After a month in Moscow, Johnson feels a stronger connection to the city’s human element.

‘Contrary to my imagination, Russia’s capital is not a faceless, robotic city’, he says. ‘While transportation and living can bring stress at times, it amazes me how traffic police, canteen waiters and security guards treat each other like friends in the same dormitory. It reminds me of the Hong Kong family TV shows back in the 1980s. How ordinary Muscovites are willing to help a foreigner like me drag his baggage and walk all the way just to show the correct direction convinces me Russia does have a human face, in contrast to western stereotypes’.

If someone were to ask Johnson, ‘What is Russia?’, he would be sure to say that it’s much more than a touristic attraction and a land of onion domes. As he continues his studies and internship, he is looking forward to making even more friends and exploring the country further.