‘Convertibility of the Mentality’

On September 27th the 11th graduation ceremony of the HSE International College of Economics and Finance undergraduate and master’s programmes took place at the British Embassy in Moscow.

This year 80 bachelor’s programme graduates and 18 graduates of the master’s programme in Financial Economics, launched at the International College of Economics and Finance (ICEF) four years ago, received their diplomas from the HSE and the University of London. It is remarkable that the number of 2011 graduates is comparable to the total number of the students who were studying at ICEF during the first graduation in 2001. ‘The College has changed enormously over this time’ Sergey Yakovlev, Director of ICEF, said at the ceremony. ‘Today we have 800 students, and over 200 people enrolled this year alone. But it is not only quantity that matters: the college has also grown in an academic sense. Today ICEF runs not only an undergraduate, but also a master’s programme. A joint international laboratory organized with the London School of Economics has been launched, and this November it will hold its first international conference.

Apart from Sergey Yakovlev, Vadim Radaev, First Vice Rector of the HSE, also came to congratulate the students. He said that ICEF programmes are ‘a standard of comparison for the whole university’. Sergey Dubinin, Chairman of the ICEF Board of Guardians, called the support for the college ‘one of the most successful investment projects, since human capital is the most valuable thing a country can produce’.

Alexander Shokhin, President of the HSE, said that he was happy to see ‘lively, clever, intelligent faces’ at the ceremony. ‘I hope you stay like this in the future he said addressing the students. ‘Thanks to your “convertibility” – I mean not only double degrees, but “convertibility” of your mentality – you have a good chance of taking enviable positions in the labour market. You can work in any international and transnational company both in Russia and further afield, and you can also be employed in state and financial bodies, all the more so given that appropriate vacancies are opening up there”

Denis Keefe, Deputy British Ambassador to Russia, also congratulated the ceremony participants. ‘ICEF is an excellent example of joint work between Russian and British educational institutions’ he said. ‘Cooperation in education is one of the most promising areas for developing relations between our countries’. 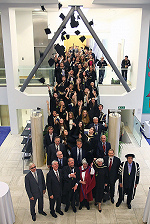 For Janet Hartley – a regular guest of ICEF graduation ceremonies over the last years – this ceremony was the last where she was present as the LSE Pro Director. ‘Over this time I had a chance to reassure myself of the quality of the educational programmes offered by the ICEF and the teachers’ commitment to what they do’ Prof. Hartley said. ‘This is the last ceremony where I torture you with my Russian language: my role as Pro Director of the LSE expires. But I am not saying farewell to Russia. I am planning to return to my study of the Siberia of the 16th-19th centuries and am happy to accept the offer to become member of the ICEF academic advisory council. ICEF staff are not just my colleagues – many of them have become my friends and I hope they will stay so for many years.’

Janet Hartley also mentioned the achievements of Jeffrey Lockshin – one of the first ICEF lecturers who made a big input in the College’s development, but who, after 14 years, has moved to another position. 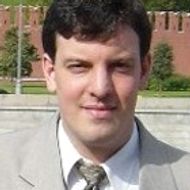