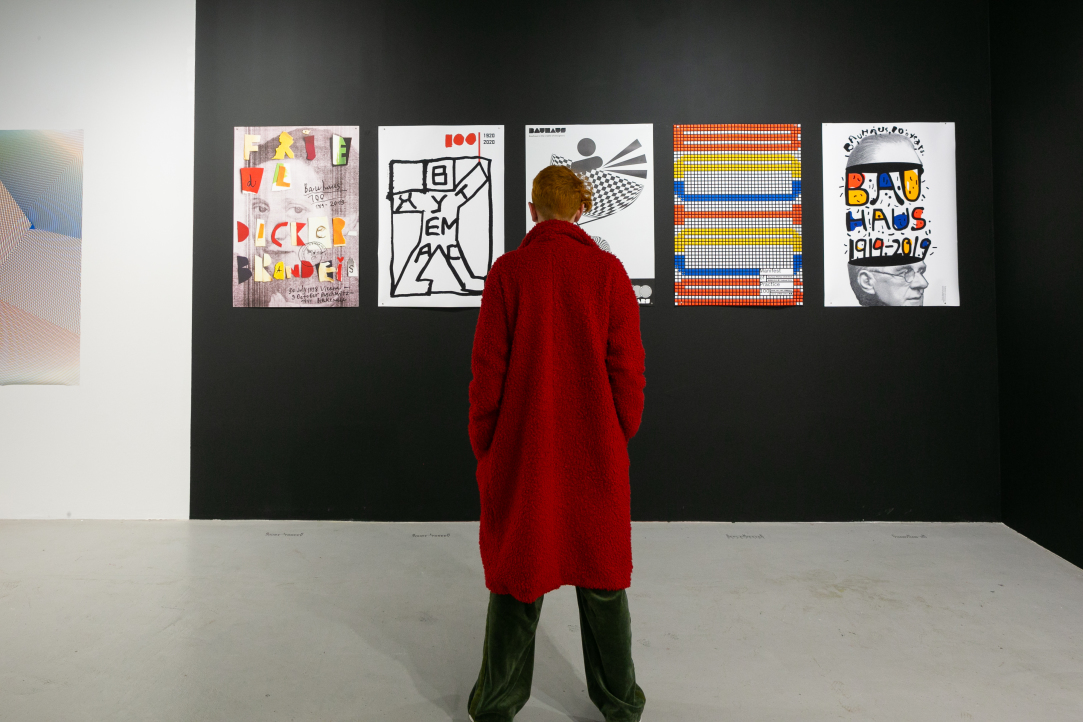 More than 90 posters reflecting the vision of the famous German Bauhaus school and the legendary Russian VKHUTEMAS, which were represented by the Higher Artistic and Technical Workshops, have filled the space of the HSE ART GALLERY.

The layout of the exhibition was designed by Daria Dolgopolova, a graduate of the Master's programme in Design (‘Art Direction’ track) at the HSE Art and Design School. 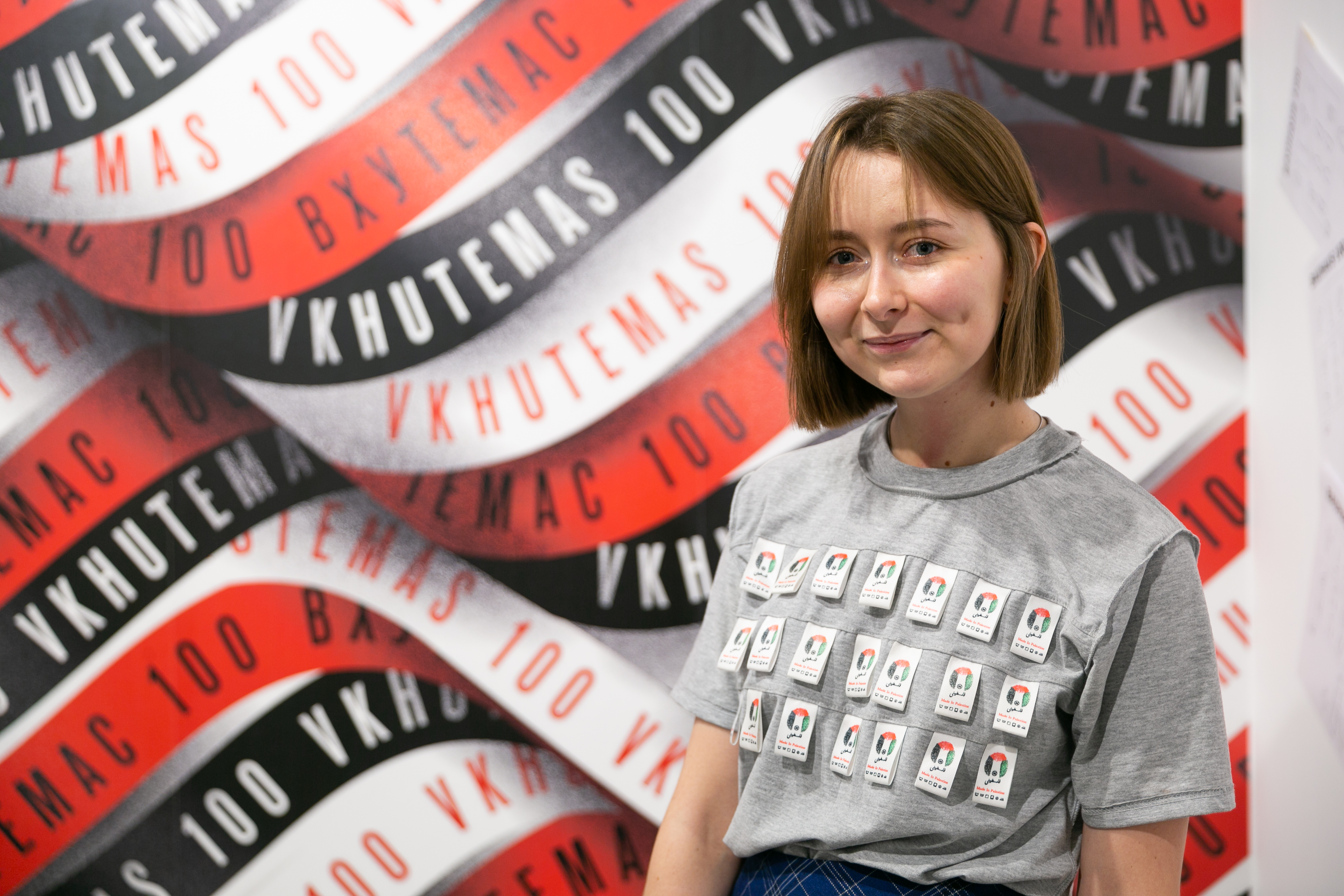 In the project, each poster turned out to be so crucial that it was difficult to move certain ones to different places. Each one was selected for a specific role. I think it’s cool that each image is different in format, and playing around with different scales produced an organic result. At the exhibition, some are featured in large scale while others are very small, but this was done in order to show each work in a most advantageous light. For example, it would be strange to make the poster by Galina Okataya (Russia), which looks like graffiti, large in scale. I wanted it to look more marginal. Therefore, we printed the poster in the real size of the graffiti and placed it closer to the floor. This also went for the small pieces on the poster by Dmitry Mirilenko (Russia). They definitely belonged on the floor. Thus, each of the posters found their place in the gallery space.

Daria adds that this exhibition is fascinating ‘in terms of how a poster can reveal the same topic in different ways. It is interesting to understand why the author chose this or that approach, what served as their starting point, and whether it was a retrospective view or an attempt to rethink it in a new way.’

The exhibition features posters by designers from all over the world: Ecuador, USA, Israel, Italy, Russia, China, Ukraine, South Korea, and more. All of the featured designers are participants in the nomination ‘Bauhaus 100 / VKHUTEMAS 100’ of the Golden Bee Global Biennale of Graphic Design held in Moscow. This year, the HSE Art and Design School became a Biennale partner.

Held since 1992, the Moscow Golden Bee Global Biennale of Graphic Design is one of the most important events in the design world. This year, more than 30,000 works from all over the world were submitted to the competition. The best projects can be seen at various venues in Moscow: the New Tretyakov Gallery, the Zverev Center for Contemporary Art, the Poster Museum of the RANEPA Design School, at the Winzavod, in the ARTPLAY Design Center, and more.

The curators of the ‘Bauhaus 100 / VKHUTEMAS 100’ nomination are Professor Alexander Lavrentyev and Professor and Golden Bee Biennale President Sergey Serov. Professor Serov participated in the opening of the exhibition at the HSE ART GALLERY of the HSE Art and Design School. Everyone, he noted, should get to know the principles of these artistic movements.

‘The general public should know that the entire man-made world, the entire object realm of the 20th century, in one way or another, is indebted to the principles born in these two educational institutions. It is worth coming to this exhibition in order to better understand our world and the changes that are taking place in it today,’ the curator said. 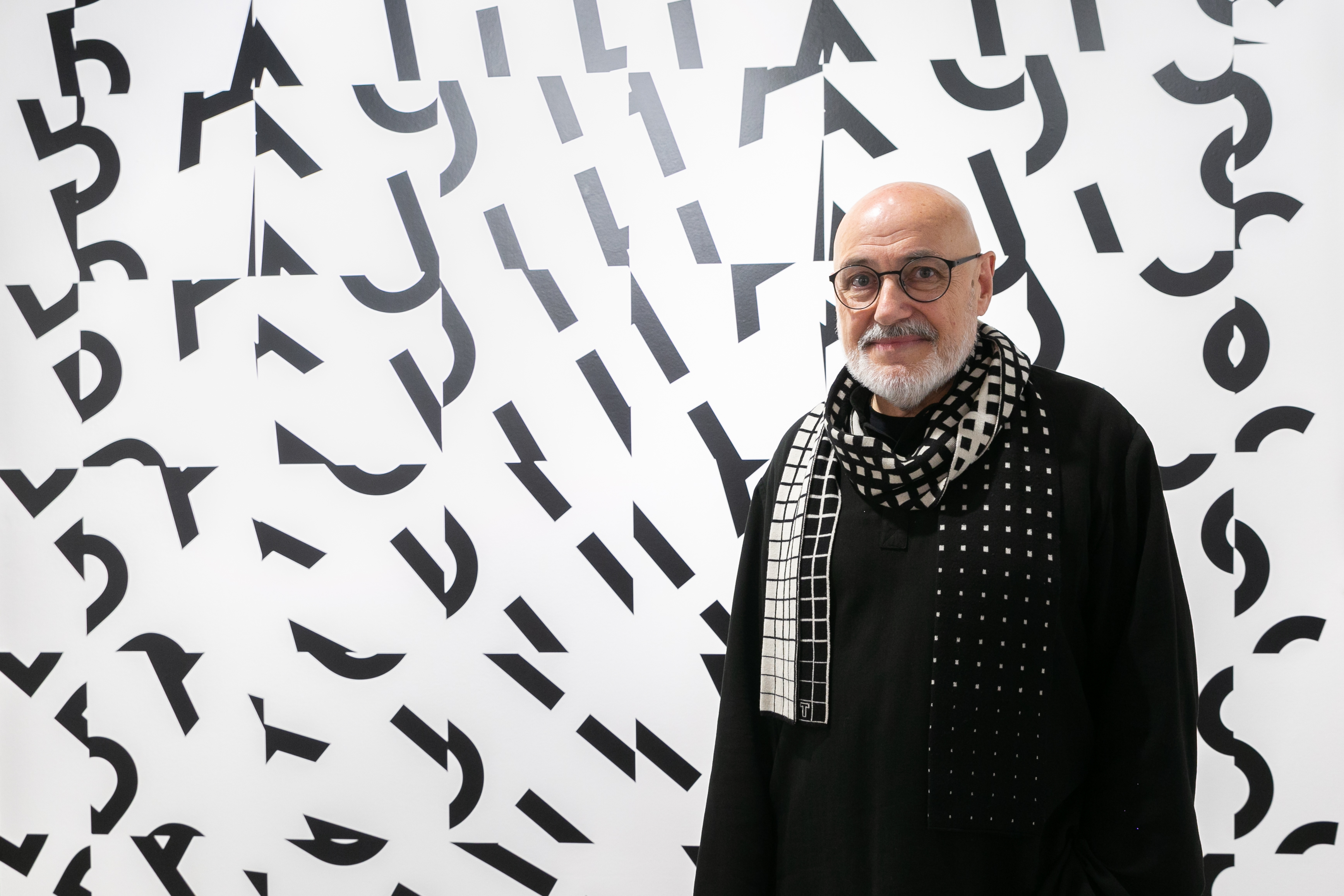 Bauhaus and VKHUTEMAS represent, first of all, a new optics for the 20th century. This is a paradigm in which the world is seen as if from anew. A form is not built based upon the model of another form, as it was before, but follows the function, design, technology, material, or in other words, the principle of ‘from the inside out’. It comes forth from natural laws, from the essence of things. This view in part reminds us of the view of a scientist—a technical approach. But in fact, this is a new artistic view of the world. Alexander Rodchenko, for example, called himself an ‘engineer-artist’. It was called ‘production art’, ‘technical aesthetics’. Today there is one word for it: design.

You can visit the exhibition until November 1 at the HSE ART GALLERY. Admission is free.