Heads from 15 of the world’s young universities will take part in the event. Universities are considered as young if they have been established for less than 50 years.

— We are interested in the topic of university development, — said Isak Froumin, Academic Supervisor of the HSE Institute for Educational Studies and co-chair of the conference programme committee. — In fact, young universities have many problems in common. Primarily, these include problems related to strengthening and developing their brands, competition with more established universities, attracting teachers, and internationalization. This is why the participants of the seminar include not only rectors, but also a number of prominent experts in university development, in particular, Prof. Nian Cai Liu, founder and director of the Shanghai Academic Ranking of World Universities, Prof. Jamil Salmi, author of the term ‘world university’, and Prof. Catherine Morman from the Arizona State University.

The USA will be represented by two universities – The University of California, Irvine, which over the last twenty years has become a global leader in researching circumterrestrial and outer space, and the innovative Olin College. Richard Miller, founder of Olin College, will come to Moscow. In addition to these, one of the founders of the State University of Campinas, Brazil, will also share his experience.

European universities will be represented by the Central European University, which is almost the same age as the HSE, and Maastricht University – an innovative university where all classes take place in small groups. Representatives from two English universities – Leeds and Essex – are also coming to the event, and, in addition, one of the most prestigious European private universities – Pompeu Fabra University (Barcelona), founded in 1990, will participate in the seminar.

The Asian region will be very well represented at the seminar. Firstly, two leading universities based in Shanghai will participate  – Fudan University and Chiao Tung University. They are among the top Chinese universities and hardly can be called ‘young’ if you look at the dates of their foundation. But they were totally destroyed during the Cultural Revolution, and thirty years ago they had to start again from scratch. Their evolution and emergence as two of the highest ranked universities in the world is a remarkable phenomenon.

Delegates from the University of Tsukuba (Japan), considered to be the finest example of Japanese modernization in universities, are also attending the seminar.

We hope that the event will provide an exchange of experience and the establishment of new links, which will help the 20-year-old HSE to successfully overcome some of the problems of young universities and allow it to take its place in the global university map.

— It is very important that the government understands that a new economy and lifestyle require innovations in the educational system, Isak Froumin commented. — It is natural that in younger structures these things take place more easily. In Russia not much is being done to develop new universities and non-public education. Our meeting will also be aimed at determining possible ways to develop non-public education and giving the government a fresh perspective on this problem.

Isak Froumin
All news by the author 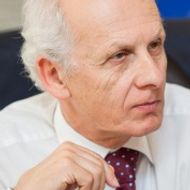 of students at occupational training schools plan to continue their education in universities, including in full-time divisions.