Over 80 presentations, roundtables, panel discussions and other events were held on 7 discussion platforms as part of the Biennale and the ARCH Moscow programmes.  Government representatives, well known Russian and foreign architects, managers of development companies, publishers, interior designers, architectural critics and other specialists took part in the event.

The MIEM Centre for Fractal Art presented a ‘Fractal architecture’ project by Nadezhda Trubochkina, and she was awarded the diploma of the Moscow Architecture Biennale for presenting new opportunities for using fractal mathematics and IT technologies for architects and interior designers.

The exhibition was held under the patronage of the Moscow Government, the Committee on Architecture and Urban Planning of the city of Moscow (Moskomarchitektura) with the support of the Department of Media and Advertising of Moscow, the International Confederation of Unions of Artists, the Moscow Association of Investors, the Non-commercial partnership ‘Russian Guild of Managers and Developers’, and the National Agency for Architecture and Urban Planning. 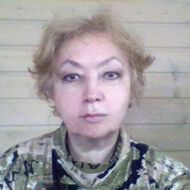