On July 25, the World Final of the International Collegiate Programming Contest, sponsored by the Association for Computing Machinery (ACM), took place in Yekaterinburg, Russia. The HSE was represented at the competition by a team of graduates – Vyacheslav Alipov, Mikhail Kolupayev, and Alexander Kuprin – from the master's programme of HSE’s Joint Department with Yandex, which is part of the Faculty of Computer Science's School of Applied Mathematics and Information Science. The team took home the bronze medal, finishing in 10th place.

This year the International Collegiate Programming Contest, which is sponsored by IBM, took place at Ural Federal University. This is Russia’s second year in a row hosting the competition’s final.

The World Final saw the participation of 122 teams from all continents that made it through the regional semi-finals. More than 30,000 participated in the competition cycle from more than 2,300 universities from 91 countries.

As part of the final, each team was to solve a set of 12 complex algorithmic problems in the course of five hours. The solution to each problem involved programming in a certain programming language, and a solution was valid only after going through all pre-prepared jury tests.

HSE’s student sport programming team is trained by the Deputy Head of the Joint Department with Yandex, Sergey Gaifullin. 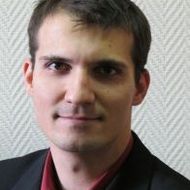