‘If Students Want to Learn, Then it Is a Pleasure for the Teacher’

Yuval Weber, an Assistant Professor in the Faculty of World Economy and International Affairs, has been with HSE since 2014. A specialist in international relations, Weber has held fellowships at the New Economic School and the Carnegie Moscow Center. He recently spoke with HSE news service about his longstanding interest in Russia, his impressions of teaching HSE students and his advice for international students who are thinking about coming to Russia.

— You have been specializing on Russia for several years now. What attracts you to it?

— My first real interest was in international politics, and I felt that Russia would always be an important place to study given its size and importance to international relations. I like to say that studying Russia is ‘recession-proof’ and I think the past few years have not been a professional disappointment. That was my initial interest, and studying the interaction between energy revenues and foreign policy outcomes has led to a fruitful line of inquiry on Russian statecraft; my continued interest comes from my love of Russian culture and my enjoyment of living in Moscow.

— You are not a newcomer to Moscow. How do you feel living and working here?

— There is a great quote from the movie Brother (Брат, 1997) that I love: ‘He who hasn't spent time in Moscow has not seen beauty’ (it sounds even better in the original Russian: ‘Кто в Москве не бывал, красоты не видал’). Before I lived in Moscow, I had previously lived in New York and Chicago, so I knew that living in big cities can be difficult and tiresome. That helped me distinguish between what was difficult about Moscow as a giant megapolis and what was an actual cultural difference between Moscow and Austin, Texas, where I'm from.

If you have an idea and can figure out how to make it work, a place like HSE is a much more open environment than many I would experience back in the US

— Last year you started a new chapter in your professional career and became as assistant professor at our university. What are your goals and plans for 2014-2015? What are the first 'lessons learned’?

— The first three goals are to publish, publish, and publish! I also enjoy teaching Russian and international students at HSE, as I've found that the motivation of the students is very high and that is much more important for the academic experience than talent or cleverness. If students want to learn, then it is a pleasure for the teacher. I have also enjoyed becoming part of the academic environment in my faculty (Faculty of World Economics and International Affairs) in terms of the lively discussions we have in the office and the working paper series that we have for people to present works in progress, which is a critical part of the publishing process. Finally, it is a pleasure to have such a wonderful group of colleagues in the faculty; I truly appreciate the opportunity to work alongside them.

— I assume you know Russian well. What mass media do you follow to stay on top of news that may be useful for your research in comparative politics? What modern Russian literature do you read?

— For Russian-language mass media, I start with Gazeta.ru to get the headlines, but then I follow Vedomosti, RBK, and Kommersant for opinion and analysis. As I study international relations primarily, I also listen to a podcast by Fyodor Lukyanov called ‘Россия в Глобальной Политике’ (Russia in Global Politics’).

As for literature, I am working my way through all the books I didn't read while in graduate school! I have read a number of good modern Russian novels in translation (especially Sorokin and Akunin's Fandorin series) and have received many other recommendations (Ulitskaya, for instance) but my favorite Russian novel of all time is the picaresque ‘Москва-Петушки’ (published in English as ‘Moscow to the End of the Line’) by Venedikt Erofeev.

— What would you recommend international students prepare for before coming to study at HSE?

— Students coming to Moscow should prepare themselves not only for living in Russia, which takes some getting used to culturally, but also that they're moving to a very big urban environment. Also, Russians don't eat spicy food, so bring your own hot sauce. 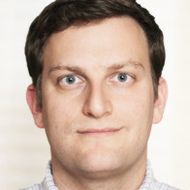