On the 28th January the VI international conference Raising Effectiveness in Social Advertising in Russia, ESARUSSIA-2015 was held at the Russian Public Chamber. Students from the HSE Faculty of Communications, Media and Design helped to organise it as a practical in their project seminar on Advertising and Public Communications. The students were entrusted with everything from writing press releases to finding sponsors.

HSE has been a co-organiser for the conference for the past six years. This year the programme had two sections - Art and Science for Social Advertising and Social Advertising - theme 2015, and a show of the best Russian and foreign social advertising videos. First-year students from the HSE Department of Integrated Communications were brought into the preparations as part of their coursework on the project seminar run by Guzella Nikolayshvili and Pavel Rodkin. Fourth-year student Kristina Abramova is head of the student organising committee for the third year running, and chief press officer is Yana Erofeeva, also a fourth year student.

Second year students Agata Kholodkova and Anastasia Klescheva were coordinators for the sections and video showings. The students divided themselves up into three groups - press service, logistics and social networks. They invited the press, looked for sponsors, wrote briefings about events and prepared press releases, organised the video showings, coordinated speeches, covered conference events on Vkontakte, Facebook and Twitter before, after and during the conference.

‘I don’t want to spoil them with praise but they passed the test on professionalism with flying colours’, said Guzella Nikolayshvili, ‘and I’m glad that we’ll be working with these same first years on a big project in April — the International Festival of Social Advertising Lime. 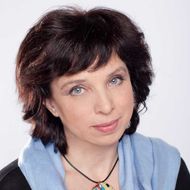 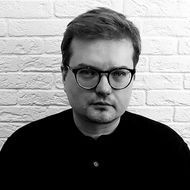 Students at the HSE School of Integrated Communications, Faculty of Communications, Media and Design won all the prizes in a public service advertising competition against corruption. The contest is run by the Moscow City department for competition policy. The HSE students’ posters were selected from 175 pieces submitted from different Russian regions and the near abroad. The prize giving ceremony was in a city government building on New Arbat on December 10.