Second year Software Engineering students Vadim Drobinin and Alexander Zimin have been named the winners of the WWDC Scholarship. In June they will take part in the Apple Worldwide Developers Conference (WWDC), which is an annual international conference for Apple developers held in California 8-12 June.

This is the conference at which Apple unveils its latest products. Ahead of the conference, Apple holds the WWDC Scholarship for students and schoolchildren across the globe. This year participants had to develop apps for iOS or OSX that function as a kind of interactive CV – explaining their developer’s achievements.

Entries were judged on originality, use of various libraries and development resources, and the fullness of the interactive resume created.

‘My project resembled a chat conversation, only instead of a person you have a bot that answers the jury’s questions about me. Sasha Zimin’s is a really nicely designed app with cards that explain his work,’ Vladimir Drobinin said. ‘I would not have achieved this success without the support of Sergey Pronin and Pavel Manakhov, who this year ran courses on developing iOS apps, and back in September I had absolutely no idea how to do it.’

At the Apple Worldwide Developers Conference, competition winners will get a ‘behind the scenes’ tour of the company and the opportunity to talk to employees.

In Summer, the Faculty of Computer Science will hold a mobile development summer school, jointly organized with Sergei Pronin, who teaches the iOS Development course. More information can be found here (in Russian). 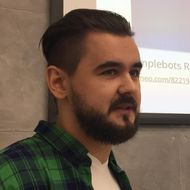 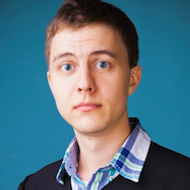 An English-language translation of Lev Tolstoy's War and Peace is now available on the Live Pages mobile app. Students at HSE's Linguistics and Philology Schools were involved in developing this project.