‘All of You Carry the Name of the University’

On June 3, HSE Rector Yaroslav Kuzminov met in Berlin with university alumni living in Germany, as well as with students and postgraduate students who are currently continuing their studies at Humboldt University. During the meeting, they discussed the development of the Higher School of Economics, differences in approaches to the educational process at universities in Russia and Germany, and the prospect for transferring certain Western practices to the realities of Russia.

Olga, a graduate of the Business Informatics programme, said that at 16 years old she selected HSE ‘by its name’, and she has never regretted her choice. She now works with start-ups in Germany and believes that in many ways the success of her career is connected with her having made the right choice of university. ‘I am very interested in working with start-ups, especially here, because Berlin is Europe’s start-up scene’, Olga said. ‘It is very interesting to work in a small company where you can make a significant contribution. My education combined with my experience has resulted in me being able to see what I am doing, which is in contrast to the situation in large corporations, where it is difficult to make a connection between the work of an individual and the end result of the work’.

Olga’s colleague, Yegor, also a graduate of the Business Informatics programme, works with technology start-ups. According to him, German education in the area of business informatics places a heavy emphasis on management; the advantage of HSE graduates is their technical prowess.

If Russia requires what other countries do not, then we lose. It’s possible to come up with different excuses for this, but the share of foreign students won’t increase as a result.

Ruslan, who transferred to HSE from Bauman Moscow State Technical University to work on his Master's thesis, is continuing his studies at Humboldt University. Ruslan says that HSE should take the best practices of foreign universities when it comes to building a career path for young foreign specialists, investing money in their training; then, when they return home, they will become ambassadors of good will and will be able to promote the university through their own example.

Among the requests made by the graduates was to strengthen group work for students. Compared with universities in the US and Europe, there are very few joint projects at Russian universities. The graduates say that this must change given the importance of team experience. Kuzminov supported this suggestion: ‘Indeed, our entire educational tradition is very individualized. The so-called project pedagogy that you describe is widely used as early as primary and secondary school in many countries. I think that we will also be making changes in this respect’.

The graduates lamented the difficulties their German friends face when it comes to submitting paperwork to take courses in Russian universities. Many give up on their desire to study in Russia as soon as they are required to collect a huge number of documents. A decision has been made to compare the systems for registering foreign students in different countries and to assess Russia’s experience in this context. ‘We are talking about the positioning of Russia in the international global education market. If Russia requires what other countries do not, then we lose’ said Kuzminov. ‘It’s possible to come up with different excuses for this, but the share of foreign students won’t increase as a result’.

Apart from the serious proposals and suggestions for changes at HSE, time was also found to share warm memories. The graduates passed along a special thanks to Tatyana Zakharova for her strong support during their studies. The conversation lasted more than two hours and ended in what has already become a traditional series of selfies with Kuzminov. 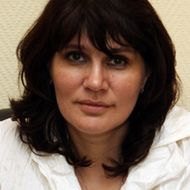