Polina Polunina, a 2012 graduate of HSE’s undergraduate programme in Mathematics, took second place at the Summer Alphathon — a global competition in which students and recent graduates from leading universities create financial and mathematical models. The competition was held with the support of WorldQuant, an investment company. 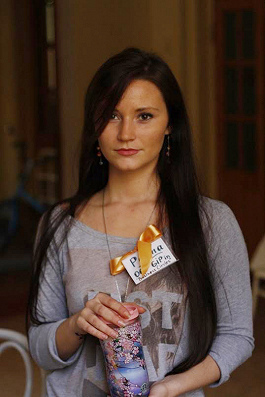 Taking part in the competition were more than 5,000 people representing 15 countries, including China, Russia, India and the United States.

‘Contestants were supposed to create predictive financial models that could form the basis of algorithms for mid-frequency trading’, says Polunina. ‘For this it was necessary to study contemporary academic articles on fundamental financial analysis, stochastic and quantitative finance, and technical performance, and then convert the information into mathematical models. But not every idea from an article can work. When scientists write articles, they use several premises and assumptions, and build assessments of parameters that are not known to them. The result is a model that works on these premises and assumptions with specific parameter assessments that are set at the beginning by a researcher or his or her predecessors. In practice, different forces are acting simultaneously on the system, i.e., a multifactor model is obtained that is very difficult to assess. Therefore, each model created for the competition is tested twice on real data, including the years of the financial crisis. When the model passes the second test, it is assigned a score (from 0 to 1000)’.

Polunina scored almost a million points, which put her in second place out of all the participants. As a prize, she was granted a contract allowing her to continue studying quantitative finance at WorldQuant as a research consultant, as well as a monetary reward.

In turn, the Faculty of Mathematics nominated Polunina for the HSE Alumni Awards 2015 in the category of Beautiful Debut for strengthening the image of Russian mathematics, economics and financial education (and, in particular, HSE) internationally.