From October 7 - November 12, 2016 a school for undergraduate, graduate and doctoral students organized by the International Centre for the History and Sociology of World War II and Its Consequences was held in Germany. The school was dedicated to issues of memorialization and commemorating victims of terror and was led by the Centre’s Director Oleg Budnitskii. The trip was organized with the support of the Friedrich Ebert Foundation.

The school took place in three German cities - Berlin, Erfurt and Weimar - where students visited museums and memorials to the victims of the war and terror, participated in discussions and conversations with a number of political and public figures.

On the first day of the school the participants visited the Reichstag building where they had an opportunity to see the plenary hall of the German Parliament – Bundestag – and learned more about democracy in Germany.

The students had the chance to view Berlin’s historic sites and to compare different approaches to memorializing World War II and the Holocaust.

The participants also visited ‘The Topography of Terror’ - an outdoor and indoor history museum in Berlin about the rise of the Nazi party and its crimes. It explores the fact that the terror was not solely created by the Nazi government but largely relied on the assistance of civilians who helped the authorities to identify victims for persecution.

Their visit to the Mittelbau-Dora and Buchenwald memorials, at the sites of former concentration camps also made a profound impression. They had excursions around the former camps, visited the museum and then discussed the concept of exhibitions and modern approaches to memorializing terror with staff members who work there.

Professor Oleg Budnitskii and student Marina Fadeeva also took part in discussions with German politicians and public figures as part of their exploration of the political structure of modern Germany. In Erfurt the students discussed German and Russian relations with members of the Society for German–Russian Friendship in Thuringia. They discussed political and social relations between the two countries in the contemporary international context.

On the last day of the school, Thuringia's SPD parliamentary group chairman Uwe Hoehn also met the students over a business lunch. Later, the participants went to see the Thuringia government building, where they met with Babette Winter, State Secretary for Europe and Culture in the Thuringia State Chancellery and discussed issues relating to preserving the memory of the terror in Germany, funding for monuments and memorials, in addition to current political trends.

One of the school’s main tasks was to encourage the students to participate in a dialogue about approaches to dealing with the past and preserving this memory in Russia and Germany. The school stressed the need for a collective elaboration of traumatic episodes of history by contemporary society through the establishment of memorial museums and centers.

Visits to museums and memorials, many of which are located at former concentration camps and prisons, and interaction with people who participated in historical events, made a strong impression on many students. This was a valuable experience and gave them a keen insight into how best to analyze historical experiences of totalitarianism in Germany and Russia.

School participants also shared their impressions of the event: 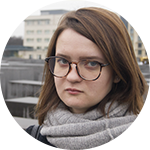 I've always wanted to visit Germany and especially Berlin, and after taking part in the student school I felt that I wanted to return and explore the city. The programme was very intense, but not exhausting. Even on the last day of the school I didn’t feel like ending all the meetings and discussions and relaxing.

The trip highlighted the new aspects of the historical period, which I’m interested in, and raised questions that can be explored further in my future research work. 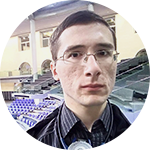 Before this trip it wasn’t clear to me that, even in economically prosperous society, the need to fight for the continued memory of the ugliest pages of our history still exists. In fact, as highlighted in the collections of the Documentation Center of the topography of terror and the Mittelbau-Dora museum, a lot of citizens not related to terror institutions were directly involved in the crimes of the dictatorship. Although this is not an abstract position of universal moral responsibility but a well-known fact, psychologically this idea appears radical and difficult for society to accept. 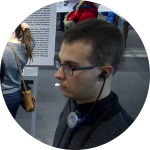 For me personally the Nazi terror became the leading theme of the school. It seems to me that the testimonies of the Holocaust seen during the trip made me try to consider these events more profoundly than ever before.