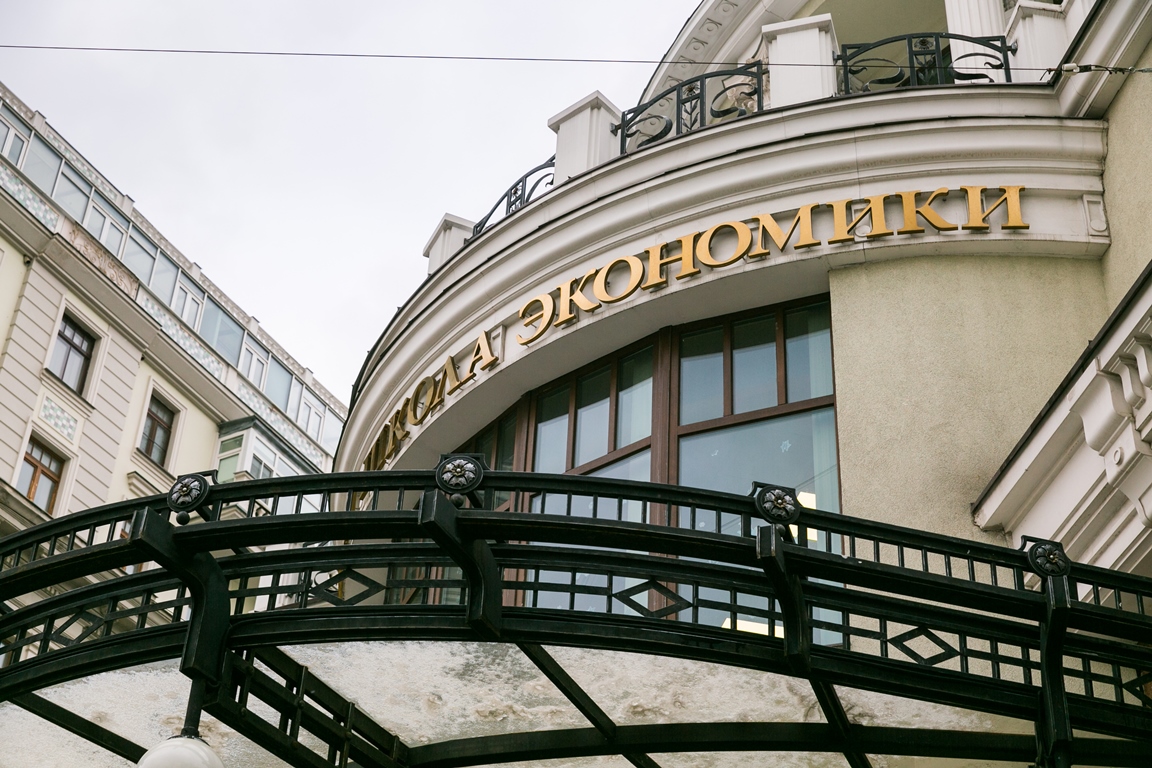 The results of the ranking were presented on June 7, 2017, at a ceremony that brought together rectors from leading universities. As part of the discussion at the event, HSE Rector Yaroslav Kuzminov spoke about the quality of education in the social sciences, the university’s role in developing local communities, and e-learning.

As in previous years, three criteria were used to assess universities in the RAEX (Expert RA) ranking: environment for high-quality learning, demand for graduates among employers, and research activities. Last year, HSE also placed sixth in this ranking.

Following a survey carried out by the ranking’s authors, HSE was also awarded a special certificate for ‘High Academic Reputation’. In the 2017 RAEX ranking of universities by the number of graduates on the boards of Russia’s biggest companies, HSE placed 17-18 (32 graduates).

The authors of the ranking state that universities training economists and managers have advanced the most this year. Prospective students are looking to attend leading universities in economics, and their graduates earn 28% more than those of other universities from RAEX Top 30.

Russian education in social sciences is also receiving acknowledgment abroad. Yaroslav Kuzminov notes that HSE has entered the Top 100 in QS ranking by subject in economics, sociology, and political science, as well as the Top 150 in finance. He believes that in ten years, three to five Russian universities will consistently place in the Top 100 in social science. This trend is sustainable because a new generation of scholars and professionals involved in global professional communities has grown in Russia. In addition, Russia presents an exceptionally interesting research subject for economists, sociologists, and political scientists given its status as a country under global transformation with unstable institutions and a high role of innovation.

When asked whether the priorities of development programmes have changed at leading Russian universities, Kuzminov responded that the priorities of the 5-100 Russian Academic Excellence Project are similar to the tasks faced by universities in other countries. The Russian Project 5-100 is not unique; it is seventh or eighth in the world (the first was launched in China). Citation in international journals, as well as the number of international faculty and students are simply indicators of a university’s developing academic potential.

In many countries at the turn of the 21st century, the number of young people with a university degree had grown approximately fivefold, and today 40-50% of the age cohort studies at universities in less developed countries and 70-80% in developed ones. In comparison, in the 1940s, the average share was 10%. These students are a diverse group of people with diverse motivations, which is not always in line with the goals of academic development and research. The university mission has eroded, and universities have begun to serve the masses, which has led to decreasing quality of education. Most Western countries have attempted to go back to a research (Humboldtian) university model, focusing on the advantages of the best universities as promoters of research that trains elite professionals and scholars.

Today, Russia participates in 5-6% of research fronts (the USA and China in 40%) and must catch up, with the caveat being that no country can be involved in all research areas simultaneously. The focus on globalization is natural, but a new stage of university development is forthcoming: they will become centres of innovation in regional and local communities. In Russia, a recently developed programme of flagship universities supports this trend. These universities form the cores of local innovation clusters, helping help their students become innovators rather than simply learning something. This is a new goal for Russian higher education in 2022-2025.

Another goal is developing the university as a core for an e-learning system and to create new networks and mutual credits for these courses. This process is similar to the evolution of libraries after printed books appeared. Online courses dramatically expand the opportunities for everyone who is willing to study.

HSE allocates funds for e-learning development. Recording online courses is challenging work for professors, and contact with the audience is of paramount importance for these courses, meaning that professors must read lectures to a camera. Nevertheless, most HSE lecturers have become excited by this work. 80 online courses have already been recorded, and in the near future, this number will reach 120. By the end of the decade, almost all HSE courses apart from specially designed non-recurring courses will be published online as MIT has done.

In modern universities, lecturers are involved in a learning management system. They give assignments online, support forums for students, and if there are many students, they receive help from assistants. This is one more challenge for higher education. Kuzminov compared a contemporary professor to a popular theatre actor who has begun starring in films. Shooting may take a lot of time and bring good earnings, but the university, just like a good theatre, nevertheless remains the point of attraction.

According to Moscow State University Rector Viktor Sadovnichy, an additional ranking created by the Russian Rectors Union and RAS will be published in the near future. It will be called ‘Three university missions’, meaning teaching, research, and public service. In this context, discussion participants shared their understanding of the third mission – public service.

Kuzminov believes that these three missions can’t be divided, and in the future, they will be even more closely related, which is clearly seen in the example of HSE in three ways. First, HSE serves as a source of expertise for both public officials and society, offering solutions based on research and professional experience. Second, the university teaches not only its own students, but a wider audience. Open online courses are an example, although they are part of the curriculum as well. Finally, HSE seeks out talented secondary school students and interacts with society while at the same time investing in future students.

HSE’s progress in the global rankings in 2017 can also be seen in the QS BRICS regional ranking, where HSE is now 39th among all universities, moving up 23 positions as compared to last year.

HSE Makes It to THE Humanities Rankings for First Time Ever

The Higher School of Economics has made it onto the Times Higher Education ranking in the arts and humanities category for the first time ever. The university was in the 176-200 group, demonstrating the best result among schools that participate in Project 5-100 in this field. In addition, HSE placed third among Russian universities as a whole for this subject ranking.

Higher School of Economics (HSE) has entered the 251-300 group of the QS Graduate Employability Rankings, which aim to reflect the relationship between a university’s activities and subsequent graduate employment. HSE took first place among Project 5-100’s participants and fourth place among 11 Russian universities, thus improving upon last year’s result.