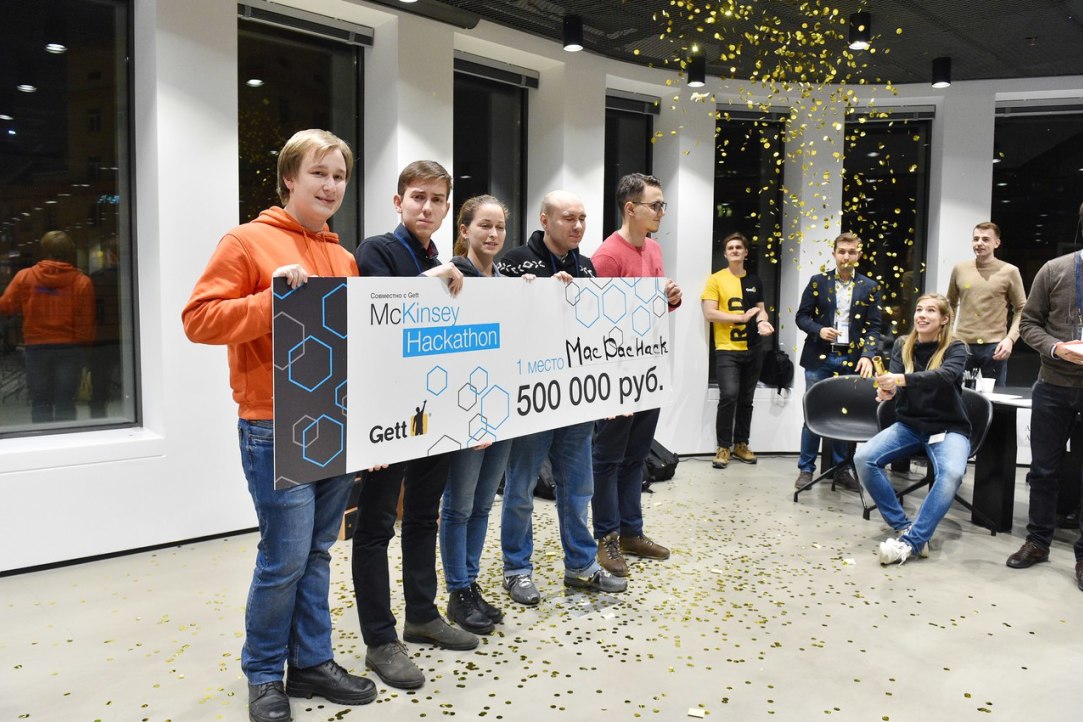 A total of 24 teams only had 24 hours to develop projects, which would improve Gett’s taxi service operations. The projects were based on data directly provided by the company. The MacDacHack team included Alexander Orlov and Pavel Adamenko, first-year Master’s students in Financial Technologies and Data Analysis, Dinara Faizullina, alumna of the HSE Faculty of Computer Science, Vladislav Konyukhov, first-year Master’s student in Governance of Science, Technology and Innovation, and Timur Khismatullin, first-year student from MIPT. For their project, the team decided against exceeding Gett’s algorithms with respect to the speed of its taxi delivery service, nor did they attempt to change the company’s traffic information or ranking system. Instead, they came up with a concept, whereby possible locations could be suggested to users. This, in turn, would make ordering taxi easier and faster, as well as give precise instructions on how to get to the right locations. To do that, they gave special consideration to the online services used for developing taxi routes.

‘Imagine you’re heading out to unfamiliar area. You arrive at the metro station, and then you must decide on the exit you must use to find a taxi,’ said Alexander Orlov, adding: ‘Sometimes, it’s easier to find one at the opposite side of the street. Making the wrong choice on where to start on big road can add several kilometers to one’s trip. With this in mind, our idea was to suggest popular points, which are frequented by the app’s users. We also added information about metro stations, train stations, shopping centres and office buildings.’

The ideas submitted by the teams were evaluated according to four criteria: technical excellence of the algorithm; performance of the solution; originality; and quality of the project’s presentation.

According to a representative of McKinsey, the solution suggested by the MacDacHack team will likely be used in Gett’s actual operations.