We use cookies in order to improve the quality and usability of the HSE website. More information about the use of cookies is available here, and the regulations on processing personal data can be found here. By continuing to use the site, you hereby confirm that you have been informed of the use of cookies by the HSE website and agree with our rules for processing personal data. You may disable cookies in your browser settings. ✖
Regular version of the site
Advanced search
Topics
All news4696
Admissions194
Education1019
Research&Expertise1744
Society418
Community201
On Campus1017
Popular tags
summer schools
international students
international faculty
master's programmes
summer university
ICEF HSE
international cooperation
international conferences
research projects
HSE MOOCs
Math in Moscow
Advanced search

Leading Russian Universities to Train Personnel for the Far East 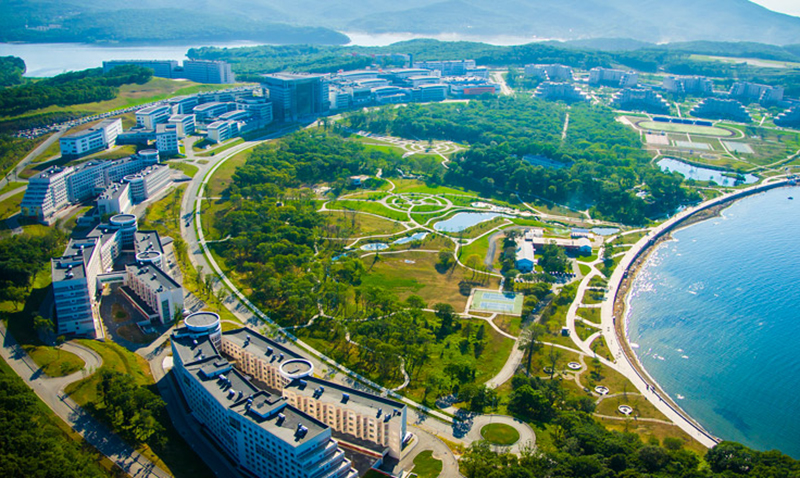 The Prime Minister of Russian Federation, Dmitry Medvedev, has approved a programme which will train personnel for key sectors of the economy in the Far East. The Higher School of Economics is one of the universities that will conduct the activities in the programme, in collaboration with the universities of the Far Eastern Federal District.

The first steps have already been taken. FEFU and the Higher School of Economics have agreed to launch a joint bachelor's programme in economics. FEFU students who enrolled at the university in 2018 will be able to choose a track at HSE from their second year of study. In addition, from September of this year, teachers from the Faculty of Economic Sciences at the Higher School of Economics will act as visiting lecturers at FEFU. HSE has already implemented a training programme for teachers of economics at FEFU.

The participation of leading Russian universities in this initiative will improve the quality of education in the Far East. The programme will also include career guidance and support for young people in order to succeed on the job market. One of the criteria of its effectiveness is the number graduates who find employment in the Far East within one year of their graduation from a local university. Programme administrators hope that, by 2025, this figure will have increased by 70%.

For the first time ever, the Higher School of Economics hosted EduLAB, an annual conference for university leadership. Participants discussed the challenges universities face in the digital age, as well as prospects for interuniversity cooperation, specifically as part of a wider project for European universities.

From October 26-27, a regular meeting of the Russian Academic Excellence Project 5-100 was held in Kaliningrad. The academic institutions involved in the project presented the results of their work and plans for the upcoming period of their respective roadmaps.

Global and National Trends in Higher Education Discussed at HSE

From October 24-25, the IX International Russian Higher Education Conference ‘Universities in Search of a Balance between New and Familiar Goals’ took place at HSE. Participants discussed issues concerning educational policies, including internationalization of education, bridging the gap between schools, universities and labour markets, as well as changes in the academic profession.

145 researchers from 30 countries discussed how higher education systems work on global and national levels, and how they are influenced by the processes of differentiation and integration.

of students and graduates of HSE Moscow are satisfied with the quality of their education. At HSE Perm, this figure is even higher, standing at 84%. These are the results of a survey of students and graduates of leading Russian universities, conducted by Changellenge>> .  HSE Perm came in second and Moscow and Nizhny Novgorod campuses shared the third place in the ‘satisfaction with the quality of education’ category.