One of the most intensively discussed ideas today is the growing role of regions in implementing Russian national projects, said Alexander Sobolev, Advisor to the Minister of Science and Higher Education of Russia, as he opened the session. The question about strengthening the role of local universities is also on the agenda. The argument is being made that local governments should manage local universities (today, most of them report to a federal authority) and take part in personnel appointments, and that higher education institutions are in need of new financial tools.

According to Oleg Leshukov, Deputy Head of the Laboratory for University Development at the HSE Institute of Education, universities make a substantial contribution to regional economic development; in some regions, they contribute more than 5% of the gross regional product.

Andrey Fursenko, Aide to the President of Russia, suggested using different development tools at universities, such as changing the management system by reinforcing partnerships with businesses, regional and federal authorities, as well as civil society, which is also a stakeholder when it comes to higher education.

Society is interested in stability, as well as in educated and well-bred people who build a more successful and healthier country

According to Mr. Fursenko, a local university and an industry-specific university are artificial concepts, and they should be changed. ‘If a university focuses on a narrow industry without looking around, it is doomed to degradation and underperformance. A transport university should research and teach logistics, higher mathematics, big data, and cutting-edge technology,’ the presidential aide believes.

‘Achieving the national goals set in the Presidential executive order from May 2018 requires the widest possible range of universities to take part in national projects,’ said HSE Rector Yaroslav Kuzminov. ‘This is something that is determined by the character of our country, its regional organization.’ He believes that this is a new way of framing the issue and that we need to involve both society and the state in addressing it.

The ‘Education’ and ‘Science’ national projects include important events where local and industrial universities could participate. However, taking into account the low starting positions and the lack of research potential at such universities, the probability of them succeeding in such competitions is low, Mr. Kuzminov said. Even in the event that they do win, their insufficient human, information, and equipment resources won’t allow them to implement the tasks. There is an obvious gap in the quality of education with leading universities, which is confirmed, for example, by the results of the ‘I’m a Professional’ student contest.

To solve this problem, the HSE rector suggested using the resources of leading universities, which have also demonstrated their competitive ability. They could now switch to addressing challenges within the country, with their participation giving a ‘powerful boost for local and industry-specific universities.’

The first decisions have already been made: MSU has launched the Vernadsky Project, where leading universities and research centres will take part in creating ‘mirror’ laboratories in the other Russian regions. HSE has proposed several initiatives to support local universities. ‘Another six Russian universities will join this movement, which we will announce publicly in the near future,’ Mr. Kuzminov added.

Following the discussion, it was clear that the ideas covered had the regions’ support. Local authorities are ready to consult with leading universities, said Olga Pilipenko, Rector of Orel State University. ‘The suggestions that we’ve heard are important, and our university is planning to join this programme. We are ready to send analysts and mathematicians for a post-doc programme at HSE University with the condition that they come back,’ she said. She also believes that the use of online courses produced by leading universities could help decrease the teaching load on local university teachers. 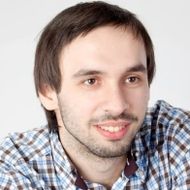 Deputy Head of the Laboratory for University Development

The social mobility system created under President Vladimir Putin’s initiative begins with a search for talented children and ends with training and selection of the best top executives. On April 10, the participants of a plenary session on ‘The New System of Social Mobility in Russia as a Way to Renew the Elite’ at theXX April International Academic Conference discussed the details of this system, as well as its future outlook.