The students prepared for the session under the tutelage of Dmitrii Abrameshin, a leading engineer at the Laboratory of Space Vehicles and Systems’ Functional Safety. He notes that the three-unit CubeSat created by students is of great practical value.

CubSats are used for studying the earth’s magnetic fields and radiation belts, space exploration, remote sensing, and other space missions

In order to accomplish the task, the team began preparing in advance. Employees of the same Laboratory, Polina Krivorotova, a fourth year student, and Artemy Kosinov, a MIEM alumnus, helped the students master the difficult material. Before the start of the session, university tutors conducted webinars about what CubeSats are, what they do, what kinds of spacecraft there are, and what needs to be considered when designing them.

Polina notes that she herself had to learn a lot of new things. ‘Participating in this project was not only a challenge for the high school students, but for us, the mentors, as well.’ At the same time, the students’ ideas and new solutions that they brought to the table served as inspiration. ‘The students we worked with are very bright, open to new ideas, and not afraid of challenges. Instead, they take them on with enthusiasm,’ says the MIEM student.

During the session, Polina and Artemy helped the students with the calculations and identifying the best ways to bring their ideas to life. Artemy Kosinov praised the experience as being extremely beneficial to the young researchers. 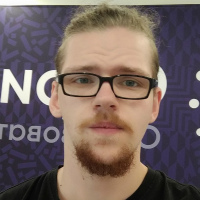 The student teams worked side by side with qualified specialists from large firms. This in itself became fertile ground for the exchange of experience and knowledge, both in terms of collaborating on group projects, and developing the field of space technology as a whole. The equipment made available to us in the Sirius workshops and laboratories also deserves special mention — they have anything you could want.

Something New and Interesting for Everyone

During the session, the students, under the guidance of tutors from HSE University, achieved no small feat: they assembled an apparatus, figured out how a remote sensing camera works, completed the post-processing of captured images, and created 3D models. In addition, they made a lot of calculations. Everyone mastered something new. Andrei Petrov, for example, gained valuable knowledge in information technology: ‘I learned how to use the Linux operating system, automate workflows with scripts, write system services in C, use multithreading in applications, and work with low-level Linux interfaces,’ he says. Nikolay Kuznetsov improved social skills: ‘I managed to hone a large number of soft-skills: I learned how to work in a team, to allocate time, and I realized how important it is to know how to present my project — I still need to work on this. In addition, I began to model better in SolidWorks. And I know how to use Photoshop now, too.’ Anatoly Antonov learned a lot about the space industry and how satellites work: ‘This project was an invaluable experience for me and everyone who worked with us.’ And Darina Tkacheva admitted that the ‘Big Challenges’ helped her determine her life goal: ‘This project gave me a dream! Now I will pursue a future career in space.’

At the ‘Big Challenges’ session, HSE University was represented not only by the MIEM team. Natalya Kiselnikova, Visiting Lecturer at the School of Psychology, served as supervisor for a cognitive research project that focused on identifying personality predictors of depression. Project participants developed a new skill for Alisa, Yandex's voice assistant. ‘The students created communication scenarios involving users of social networks. These scenarios that they developed allow you to undergo psychological diagnostics in a fun way,’ says Natalya Kiselnikova. The advantage of these tests is that you can interview a large number of people in a short amount of time. 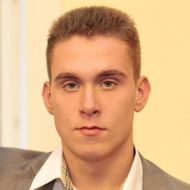 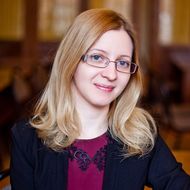 Visiting Lecturer at the School of Psychology 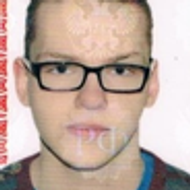 Engineer at the Laboratory of Space Vehicles and Systems' Functional Safety 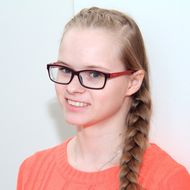 Technician at the Laboratory of Space Vehicles and Systems' Functional Safety

The Innovation Workshop that opened at MIEM HSE has everything you might need to create an engineering project: from numerically controlled machines to a soldering station. Creativity is more than welcome at this lab. The heads of the workshop, Sergey Belanov and Alexander Semion, gave HSE News Services a guided tour of the lab.

How dangerous are asteroids for the Earth? What technologies can we use to protect the planet? These and other questions were discussed at a two-day seminar ‘The Solar System and the Asteroid Threat’ at HSE MIEM.

The Solar System and the Asteroid Threat

On September 11-13, 2013, an international seminar “The Solar System and the Asteroid Threat” will take place at the HSE. Mark Boslough, Professor at the University of New Mexico and a member of the technical staff at Sandia National Laboratories, and Roberto Furfaro, Professor at the University of Arizona and the head of the Space Systems Engineering Laboratory, will speak on the issues. The event is being organized by the Research Laboratory of Space Research, Technologies, Systems, and Processes at the HSE. Mark Boslough gave a special interview to the HSE news service.