‘How to Teach New Generations of Students?’ 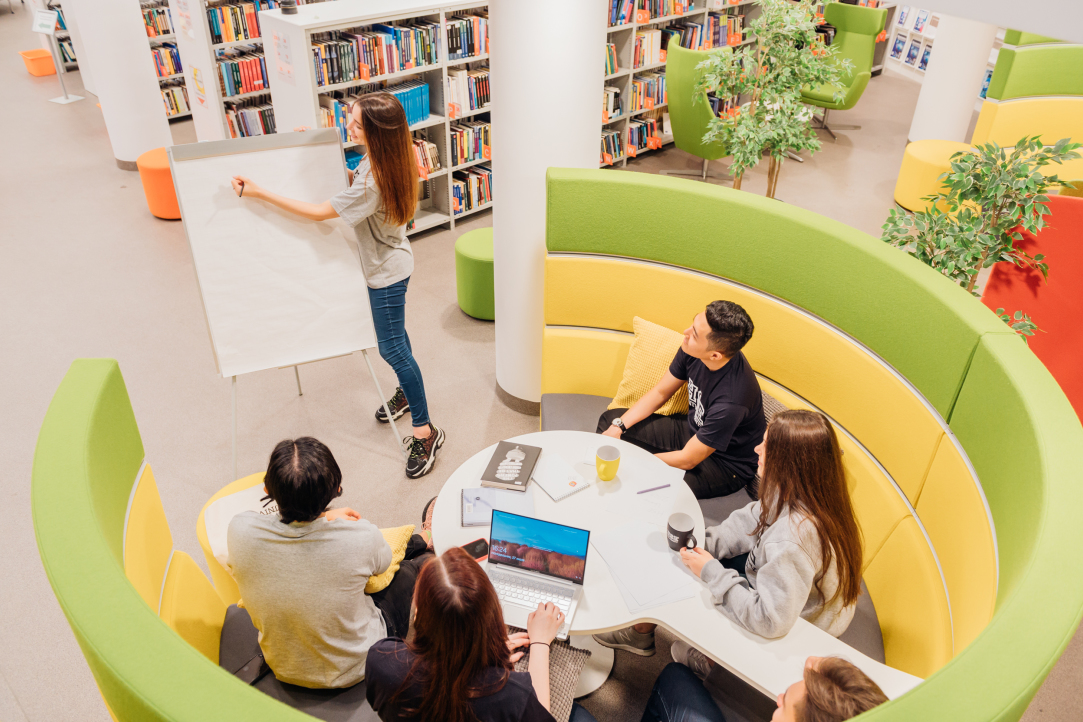 The final lecture in the course ‘Teach4HSE: Seven Key Principles of Teaching Excellence’ was delivered by Prof. Vadim Radaev, First Vice Rector of HSE University. His talk about modern problems in teaching and their potential solutions was available to anyone interested. This open talk was held online via YouTube and Zoom, with over 400 teachers from different HSE campuses, as well as representatives of other universities, attending the event.

‘How to teach new generations of students?’ was the key question addressed by Vadim Radaev in his lecture. He talked about the difficulties faced by teachers over the last decade and shared ideas for their solution.

According to Vadim Radaev, Head of the HSE Department of Economic Sociology, one of the key problems is students’ unwillingness to read and process complicated academic texts, which has traditionally been the basis of learning in social science. ‘When we were students, our learning was based on long complicated texts: this was our way to master sciences, as well as the world at large. Today, we are also trying to teach students via long complicated texts, since our whole learning system is based on book culture. But today’s students are not inclined to struggle through texts in search of the truth, and are not going to do it’, the professor said, ‘A different attitude to texts is evolving, where they are seen not as a source of hidden, almost sacred, meaning, but as a source of information, which must be chopped up, packed and ready for use. So, the question is: should we give up on long texts and choose summaries instead?’ 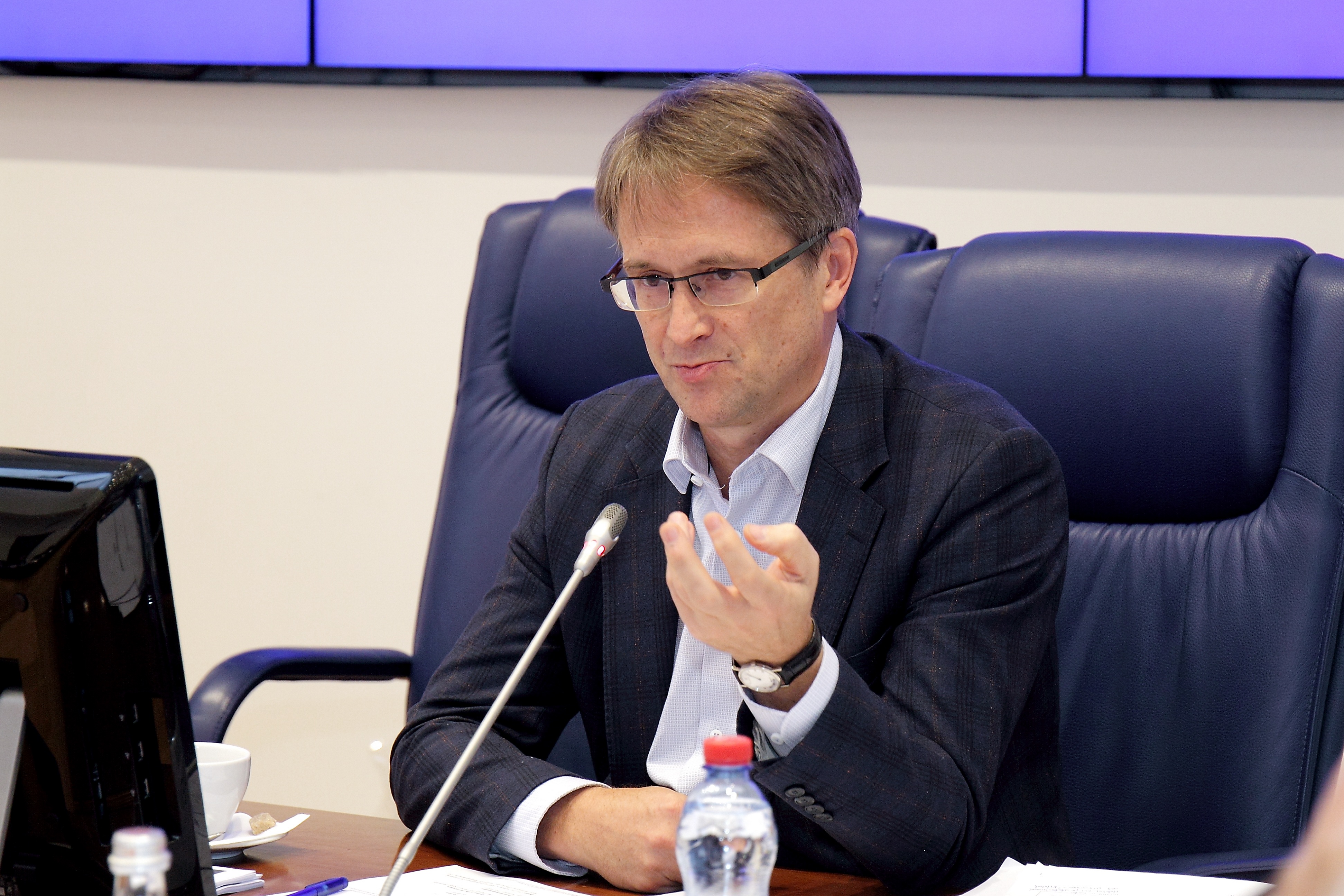 In addition, the speaker said, methods of learning have also been changing over the last decade. While previously, students had to hunt for sources of information, dig into the material, process and try to memorize it, today all these things are unnecessary. ‘Our teachers often say that young people who come to undergraduate, master’s and even doctoral programmes don’t know some basic things, and have no cultural background. Our disquiet is understandable, but in response, students simply ask: “Why should I memorize it, if I can get the information in a second, right here, right now?” A common manifestation of this problem is the inability or unwillingness to ask questions. I’ve asked the students why this happens. One of the answers was “Why learn, if I can Google this?” But we still believe that the ability to ask questions is an element of critical thinking’, Vadim Radaev explained.

Meanwhile, the role of professional expertise, the teacher’s role is decreasing. The teacher used to be an important figure, a carrier of a kind of sacred knowledge, while today, the qualified mediators’ role (including that of the teacher) is gradually fading.

Of course, each of us knows much more in their respective field than our students, but it’s impossible to know more than the internet

Previously, the sources of knowledge were lacking, but today, there are a lot of options (including those for self-education), and their number is growing. That’s why the effectiveness of higher education for the future career is starting to be questioned. ‘A decade ago, it was believed that higher education is ‘a must’. HSE University will get its best students, undoubtedly, but speaking about higher education at large, this sphere may start losing its customers, including the very smartest part’, the professor said, ‘This means that we have to somehow prepare for proving the need for higher education, something we have never thought about before’.

Vadim Radaev also said that contemporary students are demanding more applied skills and are not interested in general theory subjects; they also tend to be perfectionists (setting unrealistic goals or looking for unachievable standards), which leads them to procrastination, frustration and even depression.

The professor also emphasized another important problem, which will be particularly evident when the learning comes back to it’s offline form, — a preoccupation with devices. ‘Various forms of communication overlap: we try to be online and on-site and do several things at once. We believe we are saving time and being more effective, but at the end of the day, such multitasking decreases our effectiveness, and even eliminates any sense of such activity’, the speaker said, ‘This leads to a situation that I call “scattered mind”’. This problem is related to continuous switching between things and distracting from what an individual is doing at the moment, as well as constant attempts to implement several tasks at once, which leads to an inability to concentrate and immerse oneself in the problem. The first victim here is education as a routine, boring process, which people are less and less likely to immerse themselves in.

The time for which teachers are able to hold the students’ attention is also decreasing: while previously, it was about 50 mins, in the last five years, this number has fallen to 15 mins.

In the second part of the lecture, Vadim Radaev talked about possible solutions to these problems. Vadim Radaev believes that teachers should continue teaching academic skills to students, but these should be understood as generalized rather than specific skills: ‘We should teach our junior colleagues to think critically, to detect and solve important and interesting problems, to overcome opposition to complicated material, to work according to clear replicable procedures, to communicate effectively and correctly (without name-calling), and to communicate with representatives of different industries — these skills will be in demand no matter where they work’.

The professor also believes it is important to involve social resources (teachers should ‘remember that people digest what they have done and understood themselves’), which means that they need to provide student involvement and stimulate feedback (both student to teacher, and between students).

It is also important to get students interested, but not to entertain them. Various techniques, including games, can be applied, but they should not be used to the exclusion of everything else

Vadim Radaev believes it is also essential to provide the students with ‘samples of our own work, something that we have mastered’ and stimulate student-teacher communication online, as well as face-to-face, when the students are back in classrooms.

The speaker said that he used to practice ‘digital detox’ during his on-site classes: it helped to deal with device preoccupation. He also shared his experience of working with a platform that helps students to study complicated academic texts.

‘I have used various methods [to motivate students to read complicated academic texts]: presentations on the suggested texts, using opponents, analysing the logical structure of texts, using the text to analyse contemporary agenda (this helped a bit), and formulating powerful questions. Truth be told, nothing really helped’, Vadim Radaev said, ‘And then, I started using PERUSALL.COM. On this platform, you create a course, upload the questions, and set deadlines. Students open the text, study it and can write their comments. The main idea is that students are supposed to do something with the text. I read all their comments, I add my comments, I monitor their activity, and then, all these things are taken into account in their cumulative grades. It also helps to vary our workshop classes: now, we always have something interactive, we discuss questions related to what students have read in the text’.

This year, the course for teachers ‘Teach4HSE: Seven Key Principles of Teaching Excellence’ culminated in a lecture by Prof. Vadim Radaev; an event which always piques interest not only among the course’s participants, but among all teachers of the university.

The course helps those colleagues who have recently started working at HSE University to get the essential competencies of today’s higher school teacher: the ability to create consistent courses, to use different methods and forms of assessment, to effectively use digital tools in teaching etc. Many participants of the course get their first experience of peer-review: they attend their colleagues’ classes, followed by giving and receiving high-quality and insightful feedback.

Teach4HSE is a project that was created in 2017 in order to promote teaching excellence and maintain horizontal links within the HSE’s teaching community. The project offers events in various formats: discussion platforms, expert workshops, and continuing education courses. The next course for new teachers starts very soon – on February 9th, 2021.

The HSE Graduate School of Business and Rosgeo, Russia’s largest geological exploration holding, have launched a programme in strategic planning and reorganization management, targeted at management teams of a Rosgeo subsidiary.

A new Master of Public Administration (MPA) programme has been developed by the Moscow School of Administration Skolkovo, HSE University, Strelka Institute, and the New Economic School, at the initiative of VEB.RF. The programme will teach a total of 500 participants, with the aim of developing administrative staff for 100 Russia’s biggest cities.

On September 22nd, 2017, graduates of the HSE/FIFA/CIES programme in sports management received their degrees. This was the third year of graduates from the programme. Thirty students of the programme studied six modules: sports management, law, marketing and sponsorship, financial management, management of sports venues and competitions, and communications. Over 70 people spoke during the courses, including Andreas Herren, former Director of Communications at FIFA, Jean-Luc Gripond, President of SportVision, a French consulting agency, Pavel Kidisyuk, Vice President of Avangard hockey club, and Mikhail Demin, CEO at NTV Plus.

'I Got More from Studying at HSE than I Anticipated'

Why shouldn’t you use public Wi-Fi to log onto your bank account? How should PR specialists talk to journalists? Why is continuing education a good idea even for those already considered established experts in their field? These are a few of the topics Mikhail Vasin, the Head of Corporate Communications for Russia and Emerging Markets at Kaspersky Lab and an alumnus of the HSE Higher School of Marketing and Business Development, discussed in an interview with HSE.

of Russians aged 25-64 years who are receiving continuing education are doing so for general development or to follow their passions.