‘The Joint MIEM/HSE Brand Will Attract the Best Prospective Students’

The Moscow State Institute of Electronics and Mathematics (MIEM) as well as two continuing education institutions in Moscow and Saint Petersburg have merged with the Higher School of Economics. Vadim Radaev, First Vice Rector of the HSE, told about the process of merging and its impact on MIEM students and lecturers, in an interview with RIA Novosti.

— Dr. Radaev, who initiated this merger?

— It was the RF Ministry of Education and Science. This is not the first case when the state has tried to strengthen the higher education system in such a way: a good example of this was the federal universities which were launched in 2006 as part of a national project in education.

— What is the Moscow Institute of Electronics and Mathematics?

— It was one of the country’s best engineering higher education institutions during the Soviet period. Today the university is having hard time: we can see this both by the low entrance requirements and poor investment in research.

At the same time, the MIEM has maintained very strong research teams, and evidence for this was its victory in the second contest for RF government’s grants for academic research conducted under the supervision of leading scientists. It’s clear that the university has its own unique brand. And the Ministry of Education and Science is always looking for ways to strengthen this university and encourage its development. So, our mutual task is to ensure synergy from the merger.

— The two universities have some overlap: both teach economics and applied mathematics… But, realistically, a technical university created in the USSR and a socio-economic university of post-Soviet Russia are quite different bodies.

— Obviously, the HSE teaches social, human and economic sciences better than the MIEM, and this is where we can assist our colleagues. In terms of our business informatics cluster, which includes the Faculty of Business Informatics, the Schools of Applied Mathematics and Information Science and Software Engineering, the MIEM has a large number of experts in these fields. I believe that there are many respectable researchers and lecturers among them who will strengthen our university.

— Do you think that MIEM teachers will comply with the HSE standards?

— I believe so. Those who carry out research and actively publish its results will get our bonuses and grants. The requirements will be unified and clear for everybody.

— What will happen to the students?

— Everyone who started to study at the MIEM, will have the opportunity to graduate from the university in the specializations and areas they have chosen. We never considered any other option. And questions about the volume and the structure of enrolment in future years will be solved together with our MIEM colleagues.

— Will the MIEM slowly dissapear within the HSE? Will it change its name over time?

— We are planning to keep the brand: obviously, it will be HSE MIEM, a structural part of the National Research University – The Higher School of Economics. The planned period for the formal merger is six months. But we need to consider how some specific structures will be integrated.

I believe that the merger of the MIEM and HSE brands will allow us to fight for the best prospective students in 2012.

Vadim V. Radaev
All news by the author 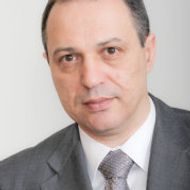