articles in journals on the university’s most popular digital library database, JSTOR were read by HSE students and employees in 2013.

In a Dialogue with the International Academic Community

is where Russia’s education system ranks in a global rating 'The Learning Curve'. In 2012, Russia ranked 20th.

On July 7-13 the Laboratory of Cultural Economics will hold an international summer school on ‘Impacts of Cultural Events on Small and Medium-size Art-oriented Towns’. Maria Dedova, Junior Research Fellow of the laboratory asked Valery Gordin, Head of the summer school to tell us about it. 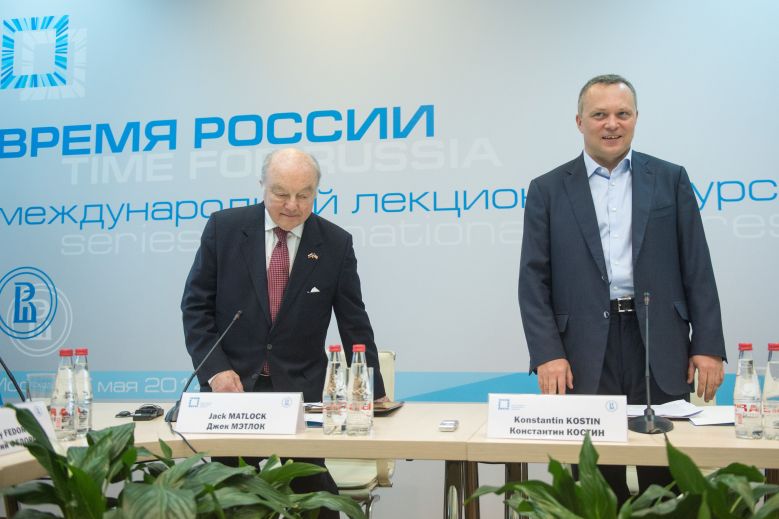 On May 7, 2014 leading Russian and international experts and HSE lecturers gave a presentation about a new international lecture series ‘Time for Russia’, organized by the Civil Society Development Foundation and the HSE.

‘Informational Business Analytics’, a specialization of the Master’s Programme in Business Informatics, has been accredited by the International Institute of Business Analysis (IIBA). Now all graduates of the programme have the opportunity to obtain a professional diploma in business analysis without the need for additional training.

Masterclass on Historical Research at the HSE Perm

Immo Rebitschek, postgraduate student of the Friedrich Schiller University of Jena, gave a lecture on the system of education in Europe and delivered a masterclass on historical research at the HSE Perm.

Between January and March, 2014, the University of London (UoL) carried out a cycle of events as part of the annual monitoring of ICEF as a UoL Affiliate Centre. This is the highest status, which is only assigned to a small part of the institutions in partnerships with the UoL. The monitoring meetings were concluded with a visit by the UoL representative delegation to ICEF on February 24.