What will Capitalism in the 21st Century be Like?

On September 24th 2011, Craig Calhoun, new Director of the London School of Economics, gave an open lecture at the HSE International College of Economics and Finance on ‘Social and Political Challenges Facing Global Capitalism’.

Craig Calhoun is one of the most renowned contemporary researchers in social science. Since 1999 he has headed the SSRC (Social Science Research Council) – an international non-commercial organization promoting social science studies all over the world. Vadim Radaev, First Vice Rector of the HSE, who introduced Professor Calhoun to the audience, mentioned that SSRC has organized regular visits by international lecturers and researchers to the HSE. Since September 1st, 2012, Craig Calhoun has been the Director of the London School of Economics and Political Science (LSE). The open lecture at the HSE was one of his first public engagements upsince taking  his new position.

At the beginning of his speech Professor Calhoun said that, in the LSE’s view, economic science is very closely connected with practice, and acts as a mediator between the world of real business and the world of theoretical research. The aim of studying economics and its development as a science is to improve society for the next generation. Such a view of economics was shared by the founders of the London School of Economics, and Craig Calhoun has found a similar understanding of the role of economic education at the Higher School of Economics.

The key problem considered by Prof. Calhoun in his lecture was whether the capitalism system can survive the sequence of crises it is facing today. Increasingly, we hear pessimistic forecasts that say capitalism is an outdated theory. It seems that the 2008-2012 crisis has provided evidence of such a view on the future of capitalism. The new LSE Director wondered if capitalism will continue to exist or whether it would change. And if it disappears, what are the reasons for this?

The concept of capitalism is multidimensional, but its modern understanding involves four important limitations.

First, the cornerstone of the capitalist system is ‘payment for risk’. An entrepreneur starts a new business and undertakes certain risks – first of all, the risk of bankruptcy. His profit is a payment for his readiness to risk.

Second, capitalism, as Karl Marx said, is based on exploiting free wage labor. Capitalist relationships are possible when people can freely conclude and terminate labor contracts and when their opportunity to change employer is not limited in some way.

Third, modern capitalism depends on the fact that a considerable part of any profit is reinvested into the business and not spent on luxuries or put into savings.

Finally, the normal existence of capitalism requires an understanding of the value of autonomous economic relations. Economic reasons should be enough for taking or not taking certain actions.

But these four limitations form an ideal concept of capitalism, which cannot exist in reality. Real capitalism exists in a world determined not only by economic relations. Particularly, its existence directly depends on the production and availability of public goods. The armed forces, police, and schools cannot work according to the laws of the market economy, but are necessary for its continuation. 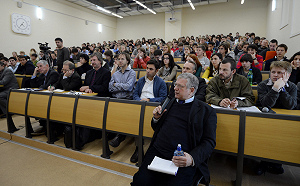 After the end of WWII, the world entered an era of constantly increasing welfare. On both sides of the Berlin Wall unemployment decreased, social inequality diminished, the availability of education and health care grew.  All of this was possible thanks to the constant growth of industrial production.

In 1970s, welfare based on real economic growth started to lose ground. This happened, Prof. Calhoun emphasized, not due to economic reasons. The USA increased their national debt because of the Vietnam War; USSR-US confrontation in the Middle East prompted the region’s oil-producing countries to unite in OPEC and led to a leap in oil prices. The world of large corporations came into existence. All of these factors mean that since 1970s the most profitable and important part of the economy has been not the real, but the financial sector.

We cannot say that the disproportionate development of the financial sector has led only to negative consequences, Craig Calhoun emphasized. For example, it was thanks to the increased amount of money from this development of the financial system, that technology has experienced a boom. Today, when it is possible to get profit without risk, it has become easy to invest in technology. But there are also a number of negative factors which have made the modern financial economy much more vulnerable than the real sector economy was. Most importantly, this is its lack of transparency. Legal regulation has consistently lagged behind the development of financial institutions.

Vision of the future

So the modern capitalist economy has become vulnerable due to its dependency on the financial markets. But there are some non-economic factors which also undermine its well-being. They include the crisis of modern welfare states and the related crisis of democracy. Democratic governments are inclined to indulge citizens in short-term consumption instead of investing in the long-term development which is necessary for the continuing existence of the capitalist economy.

Global politics have also become a destabilizing factor. The capitalist system exists in stability when one world power dominates the political scene, sets the standards of foreign trade, money turnover and so on. So far the United States has taken this role, but it is obvious that the US has become ‘tired’ of being the leader. Who will replace it? Most probably, over the next few decades the world will face a situation when there will be five or even ten countries comparable in their power. It is impossible to predict how this will influence economic development.

Finally, we should not forget that religion is playing a growing role in the world and will influence economic development.

Craig Calhoun concluded that capitalism has enough economic potential to revive itself. But the development of the non-economic situation can significantly change the way we view capitalism.

Answering questions from the audience, Prof. Calhoun said he believed that in the future the development of various regions and countries would be more diverse than today. More authoritarian regimes would emerge. Capitalist interaction will more often neighbor other types of interaction: which means free labor will exist next to limitedly free labor, as happens, for example, in China. Corporate structures will often replace state ones: health care and education provided at the expense of employers, not the state, will become more widespread.

In general, Craig Calhoun sees himself as an optimist, he believes that the welfare state crisis in Europe will not be an obstacle to the development of similar states all over the world: in East and South East Asia, Latin America and other global regions. 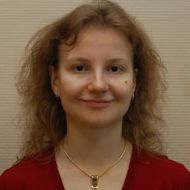 On March 17, 2015, Dr Thomas Graham, a managing director at Kissinger Associates, an international business consulting firm, spoke at a seminar on Rethinking American Foreign Policy for a New Era conducted jointly by HSE’s Faculty of World Economy and International Affairs and the Russian Council on Foreign and Defense Policy. Dr Graham has been working with HSE for quite some time, visiting the university in 2013.

‘We are Leaving the Door Open’ Australian Ambassador to Russia, Paul Myler

On November 15-16, Brisbane will be hosting the next G20 summit. At a meeting with HSE students the Australian Ambassador to Russia, Paul Myler talked about prospects for improvement of the world economy and how relations between Russia and the West can be normalised.

The new term’s cycle of methodology seminars SotsUp at the HSE Centre for Youth Studies in St Petersburg began with a talk by Dr Charlie Walker of Southampton University on the social mobility of young working class women in the service industries.

Michael McFaul: ‘We Hope that We’ll Have a Normal Relationship’

On May 25th Michael McFaul, US Ambassador in Russia, professor at Stanford University, gave an open lecture to the students of the Higher School of Economics.

Martin Gilman, a former senior representative of the International Monetary Fund in Russia and the HSE professor appeals to learn one key lesson from current global crisis.

Y. Gavrilenkov speaks on the global economic crisis and Russian economic recovery for the Moscow Times. He believes that Russian response should differ from the policies adopted by other governments.

By now almost everyone on the planet has felt to one degree or another the most virulent global economic crisis since the Great Depression. Its largely unanticipated destructive force has humiliated once-mighty financial institutions and companies, humbled economists, devastated investors, scared consumers and challenged public authorities around the world.