The project was initiated by Assistant Professor Renira Gambarato of HSE’s Faculty of Communication, Media and Design and Adjunct Professor in Universidade Federal de Minas Gerais’s Faculty of Media, Geane Alzamora, and involves a group of six researchers from each university.

‘We created this project to research coverage of the Sochi Olympics and the Brazilian World Cup in various media outlets and on major social networks. The project started in January 2014 and is expected to last two years. We hope that work will continue after 2016 as well though. This will allow us to study how the media and social networks react to such mega sporting events like the 2016 Olympic Games in Brazil and the 2018 World Cup in Russia,’ Renira Gambarato comments.

The project’s research subject is not sport itself, but the things that surround all sporting events, including political, social and economic processes. Problems with corruption and the budgets of sporting events are important for both countries. The researchers are also concerned with objectivity in covering delicate issues such as problems with sport and the LGBT community, as well as how social media outlets react to these problems.

The project is still far from over, but one could now say that despite Russia and Brazil being very different countries, they are similarities regarding the difficulties behind the organization of  large sporting events. The comparison of what is happening in both countries is an important component in planned research. The research will provide a better understanding of the underlying processes of the sports world and of the involvement of the media and social networks in these processes.

Publications and presentations are planned to be created as part of the project, and seminars are set to take place with both countries’ participation. The first of such seminars was held at the HSE on October 20-21 of this year, and the second is planned to take place in Brazil in October 2015 where research results will be presented.

Maria Besova
All news by the author
Topics
Research&Expertise
Keywords
partnershipsBrazilinternational cooperationmediasports
About
Faculty of Communications, Media, and Design
About persons 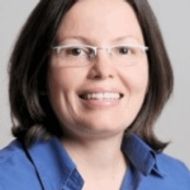