‘One Needs to Be Patient, Even When the Problems are Urgent and Require Fast Solutions’

Karl Bruckmeier is an environmental sociologist and since 2011 he has been a professor at the Analysis of Social Institutions Department at the HSE Faculty of Social Sciences. He talked to the HSE English News Service about the challenges of being an interdisciplinary academic and about the pace of change in Russia in attitudes towards the environment. Anna Chernyakhovskaya began the interview by asking Professor Bruckmeier about his life at HSE.

— You've been with the HSE since 2011. How would you describe the life of international researcher and teacher in our university?

— My work as a foreign teacher and researcher at the HSE is not always the work of an international researcher. Only a limited degree of my present work is done in international research projects or teams, the larger part of teaching and research is dealing with environmental problems that could be done in any other university, wherever it is – the problems are the same in Russia as in other countries. Having worked in several European countries and universities, I would say: the working life in Moscow and in this university is just that of another culture, country, city and university. It is as in every “global university”, to use the self-description of HSE.

— What challenges do you enjoy in being a part of the international HSE research team?

— In HSE I am more teacher than researcher, and as researcher more part of Russian teams, not international ones - therefore I answer the question somewhat differently.

The challenging, not necessarily difficult, is not specific for my teaching and research in the sociological department of HSE, it is more general, could be called “the globalization of science”. As a newcomer in a country one experiences this especially as a conflict between two languages and cultures. For the non-native speaker of Russian it may appear mainly as a language problem, but it is more a cultural problem of living and working in two different scientific cultures, the national and the global. The national language is always used in science, not only the scientific lingua franca of “English”. In most countries we live and work with two cultures of science that are sometimes contradicting and conflicting.

A question regarding both teaching and research is, how open the students, teachers and researchers are for international contact and cooperation, which requires more efforts to understand each other with the different forms of thinking and scientific practice. I am inclined to see this as a similar problem to that of interdisciplinary cooperation which I practiced for a large part of my scientific work: one is in a process of lifelong learning, of dealing with new and other knowledge than that which one specialized in at university. There are not many universities, not in this country and not in other European countries, where interdisciplinary subjects can be studied that require knowledge from different disciplines. In HSE it is as in most universities: as soon as one crosses the boundaries between disciplines, especially between the social and the natural sciences, as one has to do, for example, in environmental research and teaching, one is an “alien” in the university culture that lives from disciplinary specialization.

The challenging, not necessarily difficult, is not specific for my teaching and research in the sociological department of HSE, it is more general, could be called “the globalization of science”.

— You've been specializing on ecological issues among many others. Is there a lot of interest among students in these issues? What do you think should be done urgently to change people's attitude to ecological problems?

One of the first things to learn in environmental research and teaching is, that it requires the use and combination of different kinds of knowledge, from many disciplines, it cannot be done in the way an academic specialist who knows only his/her discipline or subdiscipline would usually do it. Interdisciplinary work and research is especially difficult in universities that depend so much on the disciplinary differentiation and specialization of knowledge.

The level of interest in environmental problems or ecological themes is not so high among the students, but it changes every year.

One of the next things to learn is, environmental problems are always serious and require urgent and quick solutions, but for many reasons such solutions are never achieved. In Russian society one may not yet experience this dilemma fully because it is only very recently that interest in environmental problems is growing among the population and in institutions, beyond the minority of activists in environmental movements. Environmental awareness and practice are still far behind countries in Western Europe. From these countries one can learn that it takes decades or generations to change environmental behavior in all social groups and the wider society. Therefore, I would not expect changes to happen quickly, although they are urgent. Changes happen rather in generational perspectives – and certainly it is not done with changing the attitudes. The younger generations that grew up with environmental problems and can learn more about it in school and university are certainly better prepared to deal with environmental issues, individually or collectively, and work for an environmentally sound society, better than the older ones with their lifelong experience of an industrial and urbanized society.

— What bothers you as an international professional working and living in Moscow? What are your personal methods to overcome these worries?

— It is nothing specific to Moscow, which is one of many of the world’s fast growing megacities with problems that cannot be solved in the short run and not without changing the type of city and the forms of life and work. Take only the problems with car traffic - Moscow is one of the cities where traffic jams have reached dimensions that it seems no longer rational in terms of time to use private cars, but still people think that travelling by car is the future.

What bothers me is also not specific for my work and specialization: it is the more general problem of the difficult and slow transformation of Russian society, where the problems are growing much faster than the ability of society to deal with them.

Sometimes it bothers me that especially the intellectuals and scientists, dominating public and political culture, cultivate the problematic view that societal, including environmental, problems can be solved best, or only with scientific knowledge and expertise. As someone who worked very long time with environmental problems, I am inclined to see it as an illusion that science (which is today highly specialized, but problems do not follow the lines of scientific specialization) always knows best. This is not easy to communicate in a country, where the public trust in science and specialists is still much higher than in the European countries where I lived and worked earlier. To change the dominant scientific culture seems as difficult as to create environmental awareness and to change environmental behavior in everyday life - in a country where most people are only just learning the pleasure of consuming, not yet its price in terms of environmental damage.

Environmental movements are in a difficult situation, for them it is not easy to make their voices heard in the public. They are acting more for the society of the future than for the present one.

I do not have a personal method to deal with my worries about the manifold and difficult problems this society is confronted with, but trying to become aware of the problems is certainly better than ignoring them. As I learned from working with environmental problems, one needs to be patient, even when the problems are urgent and require fast solutions.

— Have you been traveling across Russia? What is your favourite place if you have one? Have you been anywhere in Russia with other ecologists?

My contacts with Russian ecological groups are limited, mostly connected with my journalistic work about environmental problems in this country. What everyone can learn and understand easily is: environmental movements are in a difficult situation, for them it is not easy to make their voices heard in the public. They are acting more for the society of the future than for the present one. 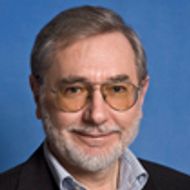