Which methods and practices do civil activists use in BRICS countries? Why and under what conditions can they be effective? What can Russian civil society learn from civil society in India or Brazil, and vice versa? These issues will be discussed at a conference to be held on May 19 jointly by the HSE Public Policy Department and Oxfam, an international non-governmental organization. Registration for the seminar is open to Russian and foreign experts, researchers, students and representatives of NGOs.

The conference, which the organizers prefer to call a workshop or a dialogue, plans to gather around 100 researchers and representatives of civil society from all BRICS countries. The participants will discuss methods, practices and opportunities to solve social problems that have been tested and successfully implemented by civil society organizations in Brazil, Russia, India, China and South Africa. Another objective of the conference involves sharing experiences to identify which Brazilian practices may be useful for South Africa, for example, or how the experience of China, with all its well-known restrictions, could be applied in Russia.

According to Professor Nina Belyaeva, head of the HSE Department of Public Policy and the conference academic supervisor, the discussion will not be centred on NGOs or foundations that obtained official status or received government funding. The key focus will be the state of civil society itself and its ability to respond to the problems and to self-organize in order to address specific issues without involving official bodies. Such experience does exist in Russia, so Russian participants will also have something to share with their foreign colleagues.

‘The word “conference” can evoke tedious associations, since the audience is often relegated to the role of passive listeners. We have deliberately chosen a fundamentally different format – an interactive workshop in which we expect to engage a wide range of experts from HSE on each of the BRICS countries’, says Professor Belyaeva.

Experts and fields of study

Participants choose one of the working groups (based on the number of BRICS countries), each of which will consist of students, recognized country experts, as well as civil society representatives. Any Russian or foreign student, graduate, professor or researcher may subscribe to participate in the working group based on the interest in the respective topic.

For each of the working groups, students from the Master’s Programme in Political Analysis and Public Policy will prepare an executive summary using a common methodology – a brief report on the state of civil society in the country. As this work has been in progress since February, students who prepare successful papers will be awarded grades for their Research seminar.

‘Positioning’ expert reports will also be made for each country. ‘We selected the experts among the people who have published papers on respected countries’, says Belyaeva. ‘Among them, for example, is Denis Volkov (Levada Center), who spent many years studying Russian civil society and who has published a lot on the subject. As for China, our main expert is Mikhail Karpov, Associate Professor in the School of Asian Studies, who teaches a course focused on China called ‘Concept of Human Rights in Non-Western Societies’ for our Master’s programme. Oxfam is helping us to find experts on Brazil. The famous specialist on African studies, HSE Tenured Professor Apollon Davidson, will serve as the expert on South Africa.

It is remarkable that one of expert roles on India is designated to Sanjay Kumar Rajhans, an Indian student of the Master’s programme in Political Analysis and Public Policy who taught in Kiev at Taras Shevchenko National University for seven years. In 2014, he also took part in the HSE Summer University. ‘Our Master's programme attracts not only recent BA graduates seeking a professional path, but also adults with significant life experience’, says Belyaeva. In particular, Kumar is writing a thesis on cultural policy as an instrument of global governance.

Despite all the problems it has, India can be regarded as a role model for other BRICS countries due to the numerous successful examples of large-scale civil initiatives on curbing corruption that were undertaken in cooperation with the state. A typical example is the so-called case of the 2G spectrum scam, when it became known that government officials distributed mobile communications frequencies among their own companies. A public campaign was launched, and a single organization filed a lawsuit against the government on behalf of millions of citizens – this lawsuit played a crucial role. The methods of this civil movement and the possibility of using it in other countries will be discussed at the conference.

Discussions will continue throughout the entire day. The working groups’ sessions will end with debates on the effectiveness of the two main approaches used by civil society around the world. The first approach involves implementing an advisory form of citizen participation at the level of ministries and agencies through specially created committees and commissions (for example, the Presidential Council for Civil Society and Human Rights in Russia). The second approach involves using mechanisms of social influence by public bodies on the system from the outside (the formation of public opinion, signing petitions, organizing rallies and other legally sanctioned methods of direct citizen participation).

A collection of materials on the conference, including expert articles and the best country reports prepared by experts and young researchers, will be published in English. The working language of the conference is also English.

Applications to participate in the conference can be completed on HSE website. 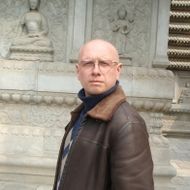