Moscow residents are first-generation migrants from other regions of Russia, i.e., they were born outside the capital.

At the same time, according to the latest Russian census, the number of people who were born in Moscow but who have moved to other regions is much smaller at slightly more than 600,000. Of these people, more than 350,000 have moved to the Moscow Region.

These data are presented in an article by Svetlana Biryukova, Senior Research Fellow at the HSE Centre for Studies of Income and Living Standards, and Alla Tyndik, L HSELLLleading Research Fellow  at the Institute for Social Analysis and Forecasting (Russian Presidential Academy of National Economy and Public Administration), called ‘The Geography of the Birth Rate in Russia’. The article appears in Demoscope Weekly, a journal published by the Higher School of Economics. 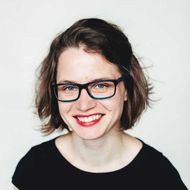 Complex Issues of Identity in the Former Soviet Union Countries

The HSE Institute for Social Policy held an event entitled ‘Demographic Challenges of the 21st Century’ on 13 June 2017. At the event, Lauren Woodard, PhD candidate, Department of Anthropology, University of Massachusetts, presented her report ‘Politics of Return: Resettlement of Compatriots Programme in Primorsky Territory’. Here she talks to HSE News about the event, her research, and her interest in the complex issues of identity in Russia and the Former Soviet Union.

The values of migrants in Europe are more affected by their host country than by the country where the migrants were born and raised. In other words, the sociocultural environment migrants live in changes their value systems, Maksim Rudnev, a Senior Research Fellow in HSE’s Laboratory for Comparative Studies in Mass Consciousness, said in the study ‘Value Adaptation among Intra-European Migrants. The Role of Country of Birth and Country of Residence’.

Russians Migrate to the Countryside for Materialistic Reasons

Twenty-five million Russians would be prepared to move from cities to the countryside if offered the same living standards in terms of income and available infrastructure. While these conditions cannot be met in Russia at the moment, it is still possible for the government to take steps to encourage urban dwellers to move to rural communities, according to the study Motives, Conditions and Consequences of Migration from the Cities to the Countryside in Russia by Maria Neuvazhaeva, Masters' graduate of the HSE's Faculty of Sociology.

Migrant workers in the CIS are vulnerable in terms of pension rights. The recipient country does not expect to care for them in old age, while the country of origin does not count the years worked abroad towards their retirement plan. Portable pensions may offer a solution, according to researchers of the HSE's Laboratory for Comparative Social Research (St. Petersburg) involved in the study Pension Mobility within the Eurasian Economic Union and the CIS.

is the share that migrant employees make up in Russia’s total employed population.

One third of all graduates from regional colleges and universities plan to move elsewhere. Most would like to relocate to another Russian city, while some 7% of graduates are planning to leave the country, according to the study 'Migration Intentions of Graduates of Russia’s Regional Higher Educational Institutions' by Elena Varshavskaya, Professor at the HSE's Department of Human Resources Management, and Olga Choudinovskikh, Director of the Centre for Migration Policy.

Children attending Moscow schools who are born to migrants from CIS countries often encounter difficulties adapting to their new environment. In research published in the HSE's online journal Demoscope Weekly, Zhanna Zayonchkovskaya, Yulia Florinskaya, Dmitry Poletaev, and Ksenia Doronina argue that educational institutions must help them master the Russian language and to overcome issues arising during the teaching process.