How Are World Values Changing?

What World Values Survey is

World Values Survey has existed since 1981 – it was founded by Ronald Inglehart, the Academic Supervisor of HSE Laboratory for Comparative Social Research. It is conducted in waves – every five years and the last wave (wave 6) finished in 2012. We are currently preparing Wave 7 which will begin in 2017. At the moment we are writing a lot of books and journal articles in many languages on the subject. We are also presenting the main results of Wave 6 at many prestigious international academic institutions, like this week at the Higher School of Economics as leading Research University in Russia.

Ours is the biggest survey and survey infrastructure in the world – we operate in 108 countries across all continents. There is a network of sociology, social science and political science scholars who are national directors –“Principal Investigators” of the study in their respective countries. The survey covers the whole world. The most recent waves, however, were limited to 60 countries because that was what our funding allowed. WVSA is a voluntary organization of academics, a network of leading social scholars and not a private enterprise.

There is a general trend of hoping for a better life for their families and households. What we also see is that despite all the conflicts and wars people are more interested in diplomatic solutions than military measures

Our data is readily available and is absolutely free, so the governments are able to use the survey data in formulating their policy decisions. Our scholars organize press conferences to disseminate the results of the study; they also talk to politicians – we have been invited to make presentations for many prime ministers, presidents and heads of states, the King of Spain invited us a while ago. It should be stressed, however, that we cannot influence the decisions – we are only scientists and it is up to the politicians to implement our data. We can make some recommendations but it really depends on how open the government is. We also collaborate with various international organizations, for instance the UN. There was recently a meeting at UN headquarters in New York, where we gave presentations on poverty, ecology, gender issues, children, etc. Our survey is not political and it is not about regime-change as an instrument of foreign policy. It is sociological, economic, and psychological analysis. We do not propose certain political models. We strive to provide information about all kinds of societies that exist in the world.

Values as the basis of our identity

There are a lot of regional variations, so values in Russia would be different from values in the Middle East – these would be culturally-conditioned values. But we’ve found that, for instance, family is something that people value across the world. Other global values like this include environment, high level of life satisfaction and happiness.

What is interesting about WVS is that it allows us to see certain trends – for example, there is a general trend of hoping for a better life for their families and households. What we also see is that despite all the conflicts and wars people are more interested in diplomatic solutions than military measures. One of the questions of the survey asks men if they want to fight for their country and the percentage of those agreeing has consistently gone down over the course of our survey. In the beginning, in the 80s, it was quite high because people were eager to protect their territories but this number is going down across the world. It does not mean that they will not defend their country when needed but that many citizens prefer to have a non-military solution, a diplomatic solution – like an Iranian solution negotiated in Vienna. So the societies expect all the parties of these conflicts to sit down and to have a diplomatic solution then to resort to military force. Generally, there has been a global trend towards more tolerance over the last 30 years. People are more tolerant and more willing to accept people of other religion or ethnic origin.

Generally, there has been a global trend towards more tolerance over the last 30 years. People are more tolerant and more willing to accept people of other religion or ethnic origin

Now we are facing a very interesting situation with Muslim fundamentalism, ISIS and the terrorism - we do not know what might happen over the next twelve months. It might happen that the value of tolerance will go down in the next wave of the survey. We might see some stronger anti-Muslim sentiment. It will be interesting to study how the societies who have become more and more tolerant will respond to this new terrorist threat that now dominates many countries. We will definitely ask questions about this.

One of the more recent changes that we’ve seen is an increase in the feeling of insecurity over the last 10 years. People feel less secure in all respects - military, economic. We can say that we are witnessing an end of era of stability and continuity that started after the World War II in 1945. There is now more nervousness about job, salaries, and personal safety. According to Professor Inglehart, because of the economic changes people no longer have job security or jobs for life and this leads to certain value changes. Our industrial economy is disappearing – factories are being moved to China and other places so the stability for workers and managers is coming to an end. Consequently, people start thinking differently – the planning horizon is now shrinking. This is happening in all countries – be that Germany, US, or Russia. We don’t know yet what will replace it but it is an evident trend at the moment.

That we’ve seen is an increase in the feeling of insecurity over the last 10 years. People feel less secure in all respects - military, economic. We can say that we are witnessing an end of era of stability and continuity

However, it should be borne in mind that values change very slowly and there is invariably a delay in a value shift. So, our seventh wave of the survey can either show a beginning of a new era or a final point of the old one. Values like tolerance, national pride do not change in a week or so. It might be that the values live longer than the reality. People and families need time to realize what is changing. This is the reason we conduct our survey every 5 years – values are not going to be different every 6 months. Most values are quite strong and stable – they form the basis of our life and it is very hard to give up the values which are a very important part of one’s identity.

The two-day meeting in Moscow was aimed at finalizing the questionnaire that will be used in the seventh wave of WVS in many languages around the world – in about 70 states. This questionnaire will include 200 questions that will address religious, family, gender, equality, ecological, social, political values. The most important value dimensions were unchanged in the course of the previous 6 waves, which enables us to compare continuity and change in values in different life domains with exactly the same words. This means that the World Values Suvey has a core questionnaire with an identical set of questions between 1981 and 2013. New topics in Wave 7 will deal with new social media and internet, migrants and refugees, security, and gender. If a question becomes obsolete as a consequence of social change and transformations, those questions will be phased out. All the questions on the questionnaire are unbiased questions and it is very important to make them neutral so that the interviewees do not feel pressured into a certain answer by politically or ideologically distorted questions. So the questions should not prescribe any particular model of development of society.

In July 2016 we will have a meeting in Istanbul to finish all preparations for fieldwork – by that time we will have the questionnaire translated in more than one hundred languages. The translations will be tested during six months to make sure that the wording of the questions is neutral and that the understanding of the questions is the same in different countries to ensure comparability of survey responses globally. Language professors are extensively involved in working on questions in their respective languages. This is a very sensitive process since we have to be very fair and cannot be imperialistic. We discuss the questions to determine what will be allowed and what not. The questions have to make sense everywhere.

There are, however, sometimes specific regional questions that are added to the global questionnaire and are only asked in certain countries – for instance, nostalgia for Soviet Union in NIS countries or issues related to Islam in Arabic countries. The results of this part of the survey are only valid for this territory and specific world region.

We provide an impartial source of data for everyone to use

Another important part of our preparation is fund-raising. Since we are not a private enterprise, we need to obtain financing for the survey. This can come from national ministries of development, international organizations or private foundations. In some countries the survey is financed internally, whereas in other countries the money comes from the WVSA. It is important to note that WVSA is completely independent and neither the questionnaire nor the survey procedure can be changed to suit the interests of some organization. We do not work with national governments as a rule as we don’t want to be dictated what to do and what questions to ask. We provide an impartial source of data for everyone to use. 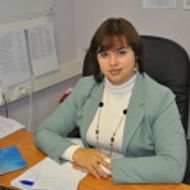