Human Values Depend on Economy 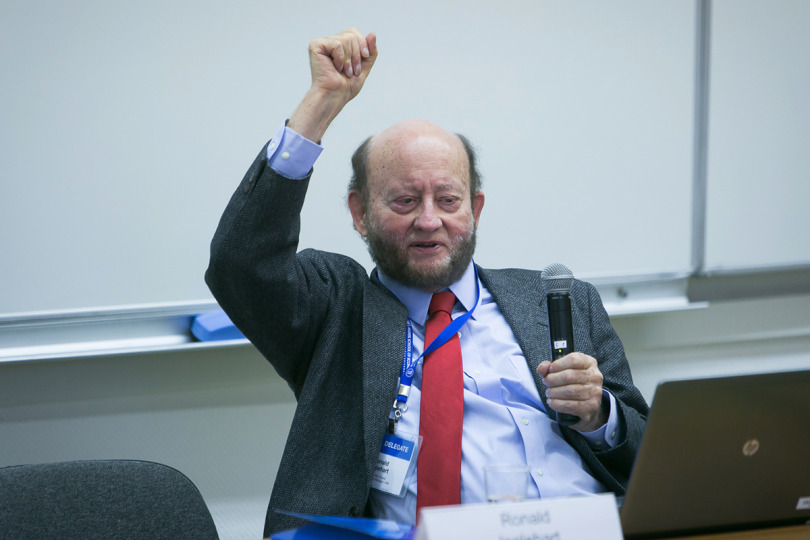 From fighting for survival to a welfare state

As types of economy changed, so did the set-up of societies and prevalent values. Hunting and gathering societies are relatively egalitarian: word of mouth communication is sufficient and large differences in private property to not exist. In large agrarian societies, literate elites control communication and organization; a small landowning class dominates a vast majority of illiterate peasants.  Early industrial society was also dominated by a small industrial-commercial elite, producing very high levels of inequality. However, urbanization and mass literacy enabled the working class to mobilize for economic and political bargaining in labor unions and working-class-oriented political parties. Economic inequality declined throughout most of the 20th century.

In recent decades, the world as a whole has experienced the highest rate of economic growth ever recorded. From the 1930s through the 1950s, expanding welfare states reinforced existential security and since 1945, the world has experienced by far the longest period in which there was no war between major powers. A growing share of the world’s population is growing up under conditions of unprecedented economic and physical security.  This is transforming human motivations and behavior and is conducive to increased cultural openness, which leads to less hierarchical, more democratic institutions. Changing values and cultural norms interact with rising education and information access to produce more open, tolerant, and creative societies.

Postmaterialism, declining birth rate, and a shift in male roles

Professor Inglehart focused on three specific examples that illustrate the changes in values. The first dealt with the relative importance of materialism. In 1970, a six-nation survey tested the thesis of intergenerational value change. It found large differences between the extent to which younger and older generations emphasized materialist or post-materialist values. In 1970, materialists outnumbered post-materialists in 6 West European countries by 14:1 among the oldest cohort and by 4:1 among the population as a whole. By 2000, post-materialists were more numerous than materialists. Although the trend has recently stagnated in western countries, the value shift has begun to reshape other parts of the world, for instance, Latin America and ex-communist countries although it is certainly contingent on country’s economic conditions.

The second value analyzed concerned fertility norms. Agrarian societies with their high infant mortality and low life expectancies emphasized pro-fertility values. This was necessary for the survival of a society. The publics of societies that have attained high levels of existential security shift from pro-fertility norms to individual choice norms. This shift is much more advanced in high-income societies than in low-income societies. Economic development brings diminishing support for fertility maximizing norms, and rising tolerance for pro-choice. It should be noted that pro-fertility norms have remained prevalent in ex-communist countries where religion and nationalism filled the vacuum left by the demise of communism.

The shift from pro-fertility norms to individual-choice norms has led to rising gender equality and to growing acceptance of gays and lesbians. An interesting correlation has been observed between the levels of tolerance for gays, divorce, abortion, gender equality and the severity of laws regulating same-sex marriages.

There is no need to fight any more in order to assert one’s domination.  Conquering the neighbors is no longer a good strategy because it is risky and costly while economic development becomes more beneficial

Finally, Prof Inglehart looked at such value as willingness to fight for one’s country. He explained that throughout history, societies have encouraged young men to demonstrate their fitness through heroic acts of violence, motivating them to risk their lives in war.  The ideal leader used to be the Alpha Male who demands unquestioning obedience in combat. War may provide their only opportunity for sex, with rape and booty being fringe benefits of successful war as societies dominated by pro-fertility norms allowed sex only within marriage, imposing sexual repression on unmarried young men. The shift toward individual-choice norms has resulted in a declining willingness to fight for one’s country – as part of a broad feminization of culture. Additionally, the Long Peace after the WWII reflects the fact that war is no longer profitable.

The survey of 49 countries showed a pervasive trend towards less willingness to fight for one’s country with Russia and US demonstrating similar rates – around 15%. As Professor Inglehart noted, we are in fact witnessing a shift in male roles. There is no need to fight any more in order to assert one’s domination.  Conquering the neighbors is no longer a good strategy because it is risky and costly while economic development becomes more beneficial. Bill Gates and Mark Zuckerberg have been cited as modern role models – leaders who do not need to demonstrate their physical strength to achieve success.

Concluding his talk, Prof Inglehart highlighted the most recent developments. Post-materialists emphasized new non-economic issues that cut across class lines. Causes such as environmental protection, anti-war movements and gender equality became increasingly prominent in the politics of developed societies, and emphasis on economic redistribution declined in political parties’ election campaigns. However, the economic stagnation of recent decades has been reinforced by rising inequality. Globalization and large-scale immigration have given rise to the cultural backlash against post-materialist issues, with authoritarian xenophobic parties rising, from the National Front in France to Donald Trump in the U.S.

Currently the world is witnessing the emergence of artificial intelligence economy with more and more jobs being outsourced to machines that replace humans as economic efficiency dictates job cuts. Today, computer programs are not only replacing low-skilled jobs.  Increasingly, artificial intelligence is replacing lawyers, journalists, academics, doctors, and other highly-educated professionals. Large corporations have taken over the medical profession, computerizing or outsourcing many jobs and reducing professionals to a commodity. This poses specific challenges to humanity as it leads to growing economic inequality with 1% of the population controlling world financial resources.

Currently, the real conflict of interest in advanced industrial societies is no longer between the working class and the middle class. It is between the top one percent and the remaining 99 percent of the population. The electorates have not yet become mobilized along these lines– partly because low-income voters are diverted by non-economic issues such as abortion or same-sex marriage.

Professor Inglehart stressed that democracies are not governed by market forces alone. A coalition based on the 99 percent could redirect the state to reallocate an increasingly large GDP by creating jobs that provide useful roles for humans in health, education, research and development, infrastructure, environmental protection and the arts and humanities with the goal of maximizing the quality of life, instead of blindly maximizing GDP.