The International Symposium on Economics and Sociology of Education is being held on April 11-14 as part of the XVIII April Conference on Economic and Social Development. On April 11, experts discussed the dynamics of educational outcomes in Russia and beyond (based on data culled from international projects to monitor the quality of education) at a roundtable session organized by the World Bank.

The keynote topic of the symposium, which is dedicated to problems in education, is how to assess the effects of the various changes in this area. ‘We're not only speaking about the things we need to change, we also must ask ourselves what happened after the changes,’ explains Isak Froumin, Academic Supervisor of the HSE Institute of Education. As usual, not only Russian but also renowned international scholars are taking part in the discussions at the April conference.

Since the middle of the previous century, governments in many countries have tried to improve the quality of education and make it more available. This means reducing the disparities among students from different social groups. In addition, international comparative studies of educational quality are used to assess the effectiveness of these measures. Data comparisons in dynamics offer the most interesting results. For instance, how the situation has changed during the period of Russia’s participation in one of the most popular studies — the PISA (Programme for International Student Assessment).

For the first time, the competencies of 15-year-old Russian students were measured in the early 2000's as part of the PISA, and the most recent results were obtained in 2015. The students’ competence in mathematics and reading literacy has improved significantly. There also was a small increase in scientific knowledge. In general, Russia shows good results compared to European countries. And now the recommendations on how to maintain these results and improve them are topical.

‘EU countries display rather good results in the international PISA study. However, they are not as good as they could be considering the socio-economic status of the students,’ said Cristian Aedo from the World Bank. He notes: ‘The gap in scores for students from different socio-economic backgrounds varies in different countries. For example, in France and Bulgaria, the difference between students from poor and upper class families is 2-3 years of study, according to the PISA results. The difference in results of students from cities and rural areas is also growing. Therefore, it is important to pay attention to such factors of high academic performance, school climate, student motivation, and teachers’ training. The example of Finland shows us that even students with low results in the PISA can become in-demand specialists on the labour market, if a school is able to work with them individually’.

Russian scholars also study how the results for different groups of students change depending on their financial situation, place of residence, etc.

For example, researchers at the Institute of Education analyzed how the results may change depending on whether mothers of students have obtained higher education (this is a traditional feature of cultural capital). The proportion of children whose mothers had a higher education in the sample from 2003 to 2015 (over 200 schools, around 5,000 students) grew from about one third to a half, says Andrey Zakharov, Head of the International Laboratory for Education Policy Analysis. At the same time, for instance, the results in mathematics improved mainly among the children whose mothers didn’t receive higher education, while the results of the children from families with considerable cultural capital remain the same.

Out-of-school factors play a significant role in Russia, especially the availability of the Internet and the growing popularity of social networking, whereby children living in rural areas can learn to work with information themselves

The situation with the results of students living in large cities and small towns is, in fact, similar. In large cities, improvements in math and science were not observed, while in small towns this was evident. At the same time, the proportion of mothers with higher education almost similarly increases in all residential areas, while educational infrastructure is better developed in big cities, as well as access to educational resources. It is obvious that schools are tying up loose ends and have helped those students in less favorable conditions,’ says Andrey Zakharov.

The participants of the roundtable discussed various hypotheses based on these findings. It is known that parents with higher education are always actively involved in their children's education. However, it turns out that schools have not changed their approaches to working with such children in recent years due to the lack of working educational policy. If the difference in the results of students from different social groups has diminished, how can schools organize future work with them, if they cannot ensure guaranteed improvements for students with high educational requirements? The progress of students in more difficult initial circumstances may be the result of enhancements of instruments aimed at monitoring the quality of education — unified state exams (USE), other standardized tests, and allowing schools to be more responsible for their results, as well as restructuring school networks in rural areas.

At the state level, the success of Russian students in the PISA is largely owing to the success of reforms. This includes a gradual transition to new standards (despite the fact that 15-year-olds did not study according to these standards in 2015), the introduction of the USE, and greater control over the quality of education, whereby schools themselves are more responsible for their results. Similar explanations are prevalent for European countries as well. Maciej Jakubowski, Deputy Minister at the Polish Ministry of National Education in 2012-2014, who took part in the event, also stated the results of Polish students in the PISA had been driven by effective public policy (e.g., heightened school autonomy, new principles for financing, standardized exams for students and teachers, etc.).

In any case, out-of-school factors play a significant role in Russia, such as widespread access to the Internet and the growing popularity of social networking, whereby children living in rural areas can learn how to work with information. This, in turn, can help them to solve practical tasks according to the PISA’s criteria. 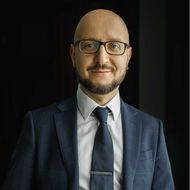 Glued to Their Screens: How Do Contemporary School Students Use Devices?

2020 has definitely become a year of online learning. Children of all ages, as well as many adults, have had to study remotely. This has allowed researchers to look at education accessibility problems from a new perspective and evaluate how the massive transition to online learning aligns with existing norms and attitudes toward limiting screen time. Nadezhda Knyaginina and Evgenii Puchkov, researchers from the Education Law Laboratory at the HSE Institute of Education talked about their lab’s research on this matter.

Right now university students are taking their fall semester final exams. For various reasons, some students drop out. This is especially the case in advanced fields of study such as engineering. Researchers from HSE University’s Institute of Education Evgenia Shmeleva and Isak Froumin have published a paper on the decisive factors that cause students to abandon their university education.

End-of-term exams have just finished in many universities operating on the modular system. Some students passed because they worked hard while others passed by cheating. Why do some students cheat by looking over someone's shoulder, furtively searching for test answers on the internet, using cheat sheets during exams or paying others to complete their coursework? A study conducted by the HSE Centre for Sociology of Higher Education offers some answers.

For Scholastic Success, Support Is Better than Control

While 9th-graders and 11th-graders are busy respectively preparing for the Basic State Exam (BSE) and Unified State Exam (U.S.E.), their parents are the ones who lay the groundwork for their success. However, if parental assistance turns into pressure, it can produce the opposite effect on young people, HSE University researchers note. Here, we look at how parents can help their children do well on the Unified State Exam.

The new model, created by computational social scientist Ivan Smirnov of HSE University, predicts the academic success of Russian high school students with an accuracy of 94%. The model generates its predictions based on users’ distinctive vocabulary and speech patterns, and the predictions have strongly correlated with students’ Unified State Exam (USE) scores.