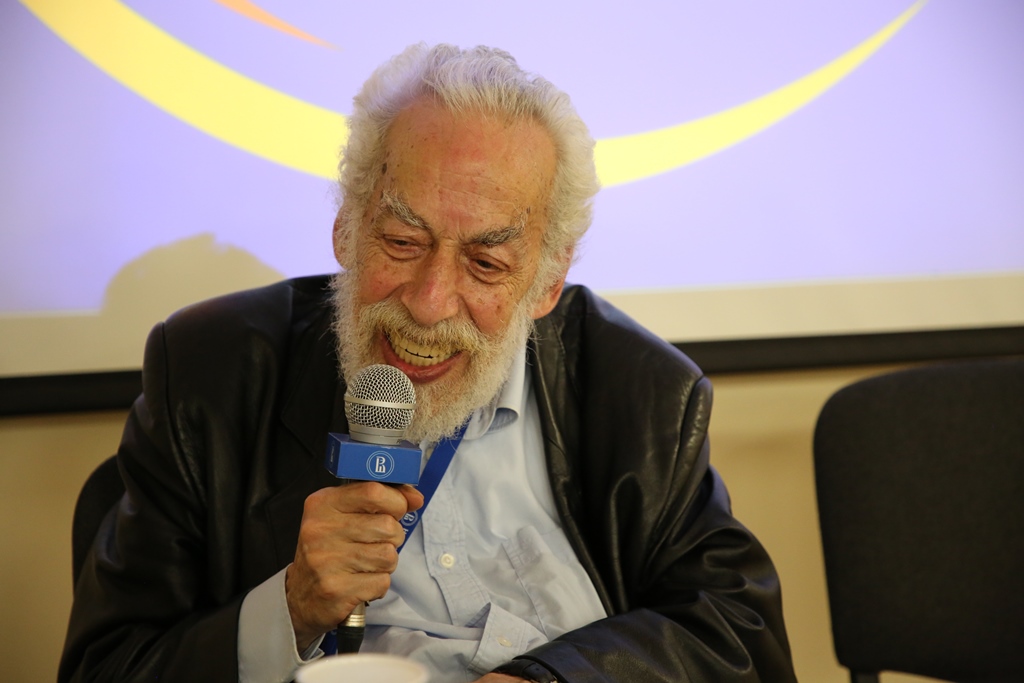 Professor Kuczynski recently published the first volume of Marx's Capital  in German. According to Professor Vladimir Avtonomov from HSE’s Faculty of Economics, this work is completely novel in that it is based on the first French edition published in the 19th century. He explains, ‘Thomas Kuczynski has included amendments which were personally made by Marx to the French edition of the first volume of Capital.’ 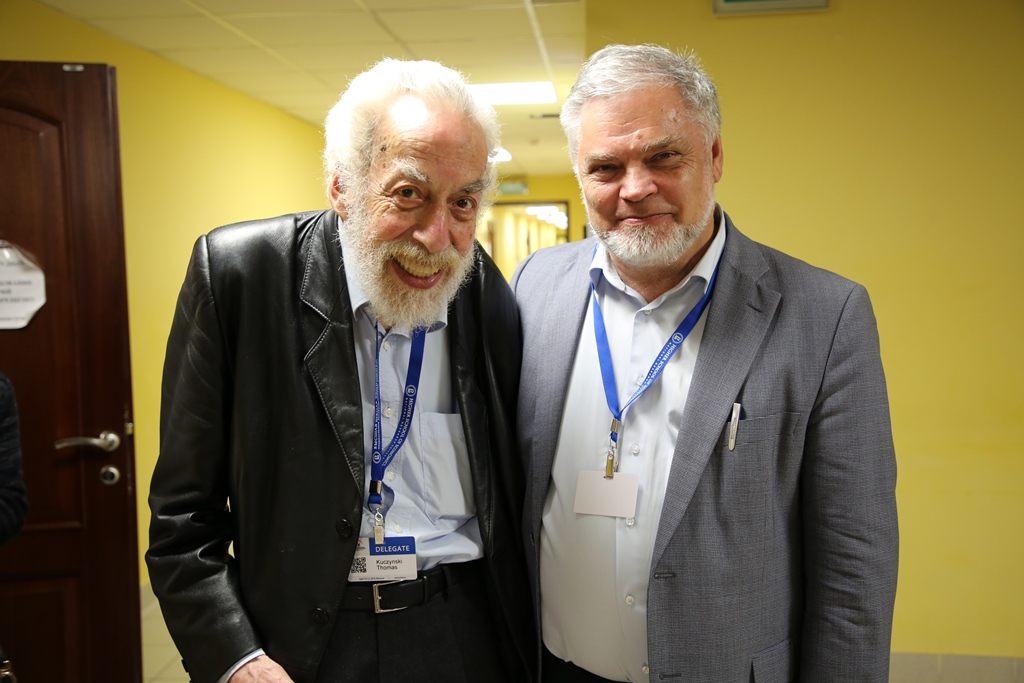 Professor Avtonomov introduced the presentation at the 19th April Conference and described the enormity of the task that Professor Kuczynski recently successfully completed. ‘Marx left behind a huge amount of written heritage and archivists and historians are still struggling to cope with the full volume of his manuscripts. However, these manuscripts are incredibly valuable because they give us an idea of ​​Marx’s creative processes, of how his thoughts developed.’

A Series of Editions

The first edition of Capital (Volume I) (1867) was followed by a second, revised, German edition (1872-3) and a French edition (1872-5). The French edition was not a simple translation of the German but rather a strongly improved version thereof. Marx instructed potential translators to base their translations on a careful comparison of the two editions.

After the French edition, Marx planned to publish a further revised German edition in 1881. His death prevented him carrying out this plan, but it shows that he considered his opus magnum to be a work in progress. According to Professor Kuczynski, ‘it would be wrong to assume that Marx’s political activities prevented the completion of his scientific work. However, there is no doubt that he was constantly torn between current political tasks and long-term planned scientific projects. There were always two souls dwelling inside him.’

The French edition, which Marx translated together with Joseph Roy, contained certain significant improvements on the German one. However, Marx was unable to transfer the entire philosophic content of the original German edition into the French edition, as he had problems translating terminology that he had developed in his mother tongue into other languages. These difficulties endure today, as is becoming apparent in the constant debates on appropriate translations and representations in other languages.

Whatever the literary defects of the French edition may be, according to Professor Kuczynski, it possesses scientific value and should be consulted by readers. Today, nobody can judge the quality of Roy’s translation. Nevertheless, his translation was an alien text for Marx.

However, in the post-phase to the second edition, written in April 1875, his opinion of the French text had already changed a little. It showed him the weaknesses of his original German edition much more clearly than his own re-reading of the text would have done. Indeed, it was the French translation that prompted Marx’s profound editing for the later revisions which contained more than simply clarifications. He said, ‘having undertaken the work of revision, I was led to apply it to the second German edition to simplify some arguments and to add critical suggestions’.

Marx did feel, however, that it would have been easier to do the translation by himself. Of his work with Roy, Marx said, ‘the French edition consumed so much of my time that I will never collaborate on a translation again’. 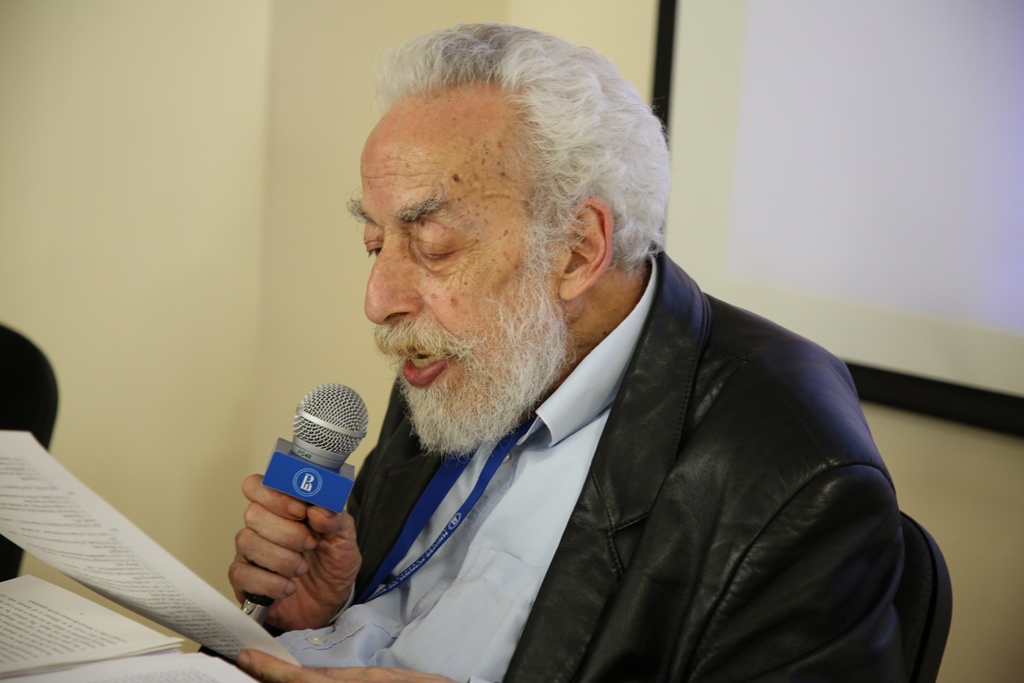 As we know, the second and third volumes of Capital were not produced by Marx, but Friedrich Engels, using Marx’s manuscripts.A criticism by Engels of the first German edition was that, ‘one is forever plunging straight from the illustration of one point into the exposition of another point’.

Marx, based on this feedback from Engels on the first German edition, decided to change the structure of the text. When writing the second German edition, he divided and subdivided the text into chapters and sub-chapters. The French edition was further sub-divided and contained 8 parts and 33 pages. Engels used the French sub-division for his English translation, however not for the German editions he produced. Consequently, we have today two different internationally featured issues of Capital (Vol. 1).

The debates about the relations of the editions written by Marx himself and those written by Engels represent two different opinions. The first view recognises a steady improvement and considers Engels’ fourth edition to be the true edition. The other opinion developed in the 1960s recognizes a ‘watering down’ of the true intention of the book.

In 1881, Marx was informed by his German editor that a third edition was necessary. By this stage, his wife had passed away and he himself had suffered bronchitis. However, he agreed to have it ready with only a minimum number of changes to the text. He also stipulated that only 1000 be printed, instead of 3000, as they had originally agreed. Marx had therefore already begun with the planned revision, however his bad health prevented him from completing this revision in its entirety.

Therefore, Capital does not exist in a version that corresponds to the author’s final planned corrections and revisions. Every speculation about its content will be misleading because, according to Professor Kuczynski, Marx always achieved very different results with his edits from those which were outlined in his preparatory works.

In Marx’s view, Capital was therefore an incomplete work, or, a work in progress. 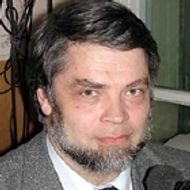 On February 1, 2023, HSE University will open admissions to its doctoral schools. The Doctoral School of Economics has held a webinar for prospective students, which attracted participants from various parts of the world. Materials and feedback from the webinar, as well as information on applications, are now available on the Faculty of Economic Sciences website.

The monograph Russian and Western Economic Thought has been published under the editorship of the HSE Faculty of Economic Sciences and the University of Hohenheim, Stuttgart (Germany). Written by a selection of respected experts, the monograph examines the interrelations and mutual influence of Russian and Western economic thinking. The book is edited by Prof. Vladimir Avtonomov, HSE Faculty of Economic Sciences, and Prof. Harald Hagemann, the University of Hohenheim.

Incompatible Alternatives: HSE Researchers on the Ambivalence of Power in the Twenty-first Century Economy

Ambivalence and a combination of contradictory principles are vividly manifested in the actions of government, its individual agents and institutions, as well as the everyday practices of economic subjects and citizens. The participants of the HSE Laboratory for Studies in Economic Sociology seminar discussed the book The Ambivalence of Power in the Twenty-First Century Economy: Cases from Russia and Beyond, recently published in the UK. Prepared by researchers from HSE University and foreign universities, the book focuses on the study of ambivalence in Russia and beyond.

The Informal Economy and Post-Soviet Transition

The informal economy is a global phenomenon found in both developed and developing countries. There remains no consensus among academics about how the informal sector impacts overall economic growth. Elena Kalmychkova and Alexander Lipanov of Lomonosov Moscow State University and HSE University examined the informal economic sectors of former Soviet republics and found that regardless of any potential negative impact, these informal economies eventually helped people adapt to a post-transition free market environment.