On June 24-25, HSE University held the international academic conference, ‘The 1990s: A Social History of Russia.’ The event was organized by HSE’s International Center for the History and Sociology of World World War II and its Consequences, the Boris Yeltsin Center, the Egor Gaider Foundation, and the Friedrich Ebert Foundation. 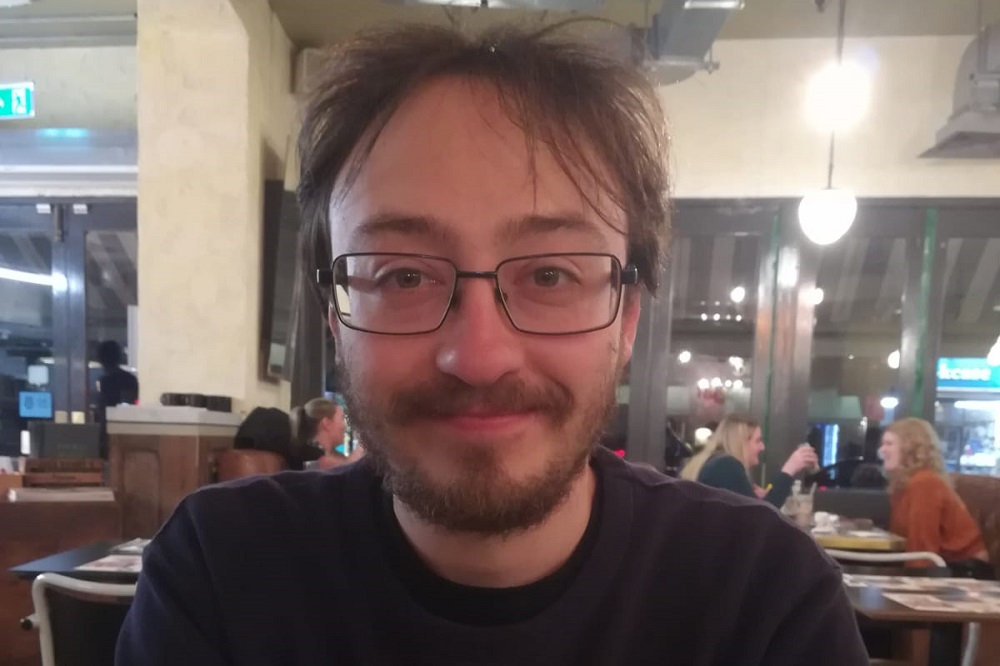 Russian and international experts discussed topics such as legal culture and the radical transformations in Russia during the 1990s, prevailing public opinions, protest and social adaptation at the initial stage of price liberation in Russia, the renaming of streets in the context of regional cultural history of the nineties, and more.

At the panel, ‘Political Transit and Society’s Reaction,’ Roberto Rabbia, a second-year PhD student at King’s College London, presented his paper entitled ‘Pravda about the 1990s: An Example of Emotional Narrative of the Yeltsin Decade.’ (Pravda, which means ‘truth’ in Russian, was the main official newspaper in the Soviet Union.) HSE News Service spoke with Roberto about how he became interested in Soviet history, why he reads Soviet newspapers, and what he has learned from his research.

Roberto is a native of a small and beautiful town, Saluzzo, which is located in Piedmont. He spent his university years in Turin, where he earned a degree in History at Turin University.

‘I first became interested in Russia and the Soviet Union when I was in high school. At that time, I was particularly fascinated by the Cold War and the confrontation between the two blocs. As soon as I started to study at university, I decided that I had to deepen my knowledge of Russian history. Unfortunately, Turin University did not offer that many courses on that specific subject, but I didn’t give up. I started reading a fair amount of books on the subject on my own. Luckily, I eventually met Professor Marco Buttino, who agreed to supervise me in writing  a master’s thesis on the so-called Russian oligarchs.

My thesis was mostly an attempt to show that, while such magnatesmay have been oligarchs, they were never an oligarchy in the original meaning of the word. In order to study these figures – I concentrated on those who lost the most, like Berezovsky, Gusinsky and Khodorkovsky – I needed to study the context of the 1990s, and I immediately found it fascinating. I then became convinced that a PhD research project on the subject would be worthwhile. Fortunately, Pr. Stephen Lovell and Dr. Gulnaz Sharafutdinova, my first and second supervisors at King’s, thought the same’.

The main official newspaper of the Soviet Union, Pravda, became a valuable source for the researcher. In his conference presentation, Roberto Rabbia traced select emotional narratives and emotional techniques exploited by Pravda in portraying some of the main events that occurred in Russia between 1992-1995.

‘My idea is that during the Yeltsin decade many different “stories” were developed, some of which strongly took hold in people’s collective memory and persist even today. When we talk about the so-called ‘likhie 1990-e’, or ‘Wild 1990s’, we mainly rely on some specific narratives developed at that time, which do not always allow a serious historical approach in studying the period,’ says Roberto.

His report focused on one of the many mechanisms by which these emotional interpretations were developed and propagated, highlighting the media outlet’s attempt to unify the events discussed in a macro-narrative, that was largely conspiratorial in nature.

‘I also find interesting the incredible contribution of Pravda’s readers in confirming the newspaper’s alleged “truth” by sending letters and other messages that were subsequently published. I believe it is crucial to understand the origins of these bleak narratives in order to critically engage with them and properly situate them in history,’ says Roberto Rabbia.

Russian Language: First Go to the Library, Speak After

Roberto started studying Russian language on his own at university and attended the Pushkin Institute of Russian Language in Moscow two times, which greatly improved his knowledge of Russian. He feels comfortable with reading and listening and has plans to practice more in speaking.

He came to the Moscow conference from St.Petersburg, where he was spending time in the library on the Fontanka Embankment reading Nezavisimaya gazeta (Independent News), Prokhanov’s Denʹ/Zavtra (‘Day/Tomorrow’) and Komsomolʹskaya pravda (‘Komsomol Truth’).

‘My aim is to collect a variety of “stories” provided by the press in order to understand where today’s negative idea comes from, as I said before,” explainsRoberto. ‘I will be looking for other means of production and transmission of the above mentioned emotional narratives, such as TV programmes, documentaries, novels, films and even music. I am thrilled because the material I can use for my PhD thesis is extremely varied, but at the same time this virtually unlimited selection is threatening if not managed properly. Suffice it to  say that I will be facing my own small bespredel*!’

* bespredel - a Russian word which is used often to describe the  lawlessness and outrage in Russia in  the mid-nineties.