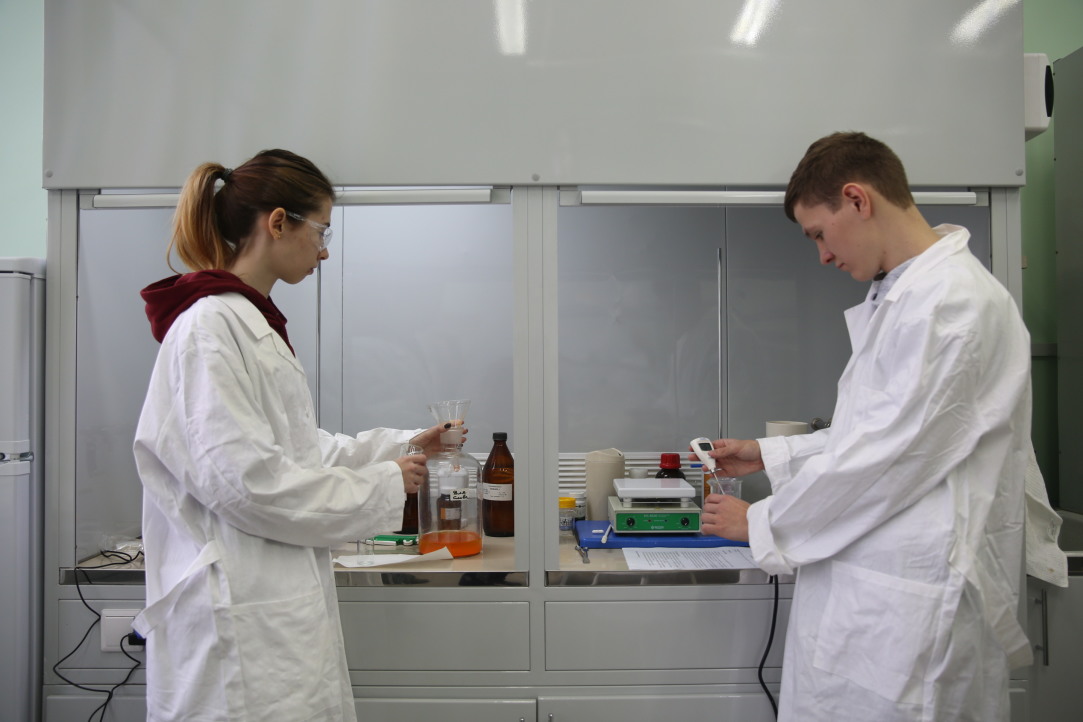 Fedor Kluev, a student first-year student in the Bachelor’s programme in Chemistry at HSE University, was the only first-year undergraduate student to win a prize in this year’s Student Research Paper Competition (SRPC). He began working with his academic supervisor, Denis Chusov, when he was still in high school. In an interview with the HSE News Service, Fedor talked about his research, the role of science in human life, and the importance of popularising science.

I became more seriously acquainted with chemistry when, after 6th grade, I passed the exams and entered 7th grade of the Moscow Chemical Lyceum No. 1303 (now the Marshal Chuykov School in the Southeast). I found chemistry fascinating, I decided that this field suited me well.

Our school has a practice of international exchange programmes for scientific experience and joint research, and we had pupils from Korea and Singapore come to study at our school. I participated in one of these programmes when I was in 9th grade, and my scientific advisor was Denis Chusov, a teacher at the school. It was my first truly serious exposure to chemistry as a science – not just ‘test-tube’ chemistry, but real scientific research. 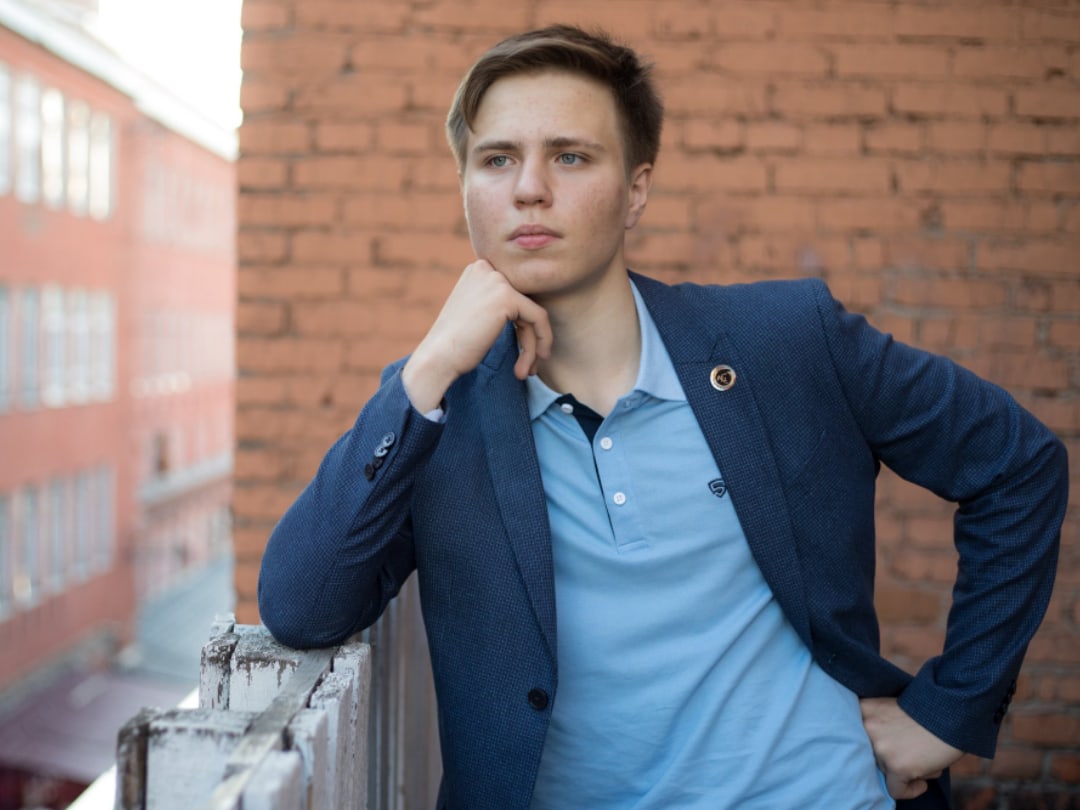 With Denis, I continued to work out of the school laboratory. It is equipped with devices that allow us to conduct complex scientific research. For example, we can measure the exact weight of a molecule, determine its composition and use this data to figure out what happened in a reaction. It may sound easy, but in reality, it is more difficult — we are often analysing a complex mixture of substances. Naturally, the high level of practical tasks, on the one hand, forces us to master complex theoretical materials, but, on the other hand, it makes it easier to understand theory, because it is inextricably linked to practice.

In 2019, Denis came to HSE University to join the newly established Faculty of Chemistry and head the Joint Department of Organoelement Chemistry with the Nesmeyanov Institute of Organoelement Compounds of Russian Academy of Sciences. He recently defended his doctoral thesis and has publications in international journals that are comparable to Nature. On his recommendation, I decided to enter the Faculty of Chemistry — as a winner of the All-Russian Olympiad for Schoolchildren in Chemistry, I could enrol without having to take any entrance exams. So we continued our joint work that we had started at the school at the University and at the Nesmeyanov Institute of Organoelement Compounds.

Our life is tied to breathing – we need oxygen to keep us alive. Oxygen ‘burns’ (oxidises) carbohydrates, fats and more in the human body. This process is called oxidation. There is an opposite process, reduction, which, for example, is what hydrogen energy is based on; we reduce oxygen using hydrogen, thereby obtaining energy. Hydrogen is often used as a reducing agent, but it has a number of drawbacks. It is quite a strong reducing agent, so important and ‘fragile’ molecules can be damaged by it. Accordingly, new, gentle approaches must be sought to ‘save’ such molecules. The essence of my research is that I develop new reactions and improve already known ones using new reducing agents that no one has used in this way before. I got interested in this kind of development when I was still at school and continued it at the HSE University Faculty of Chemistry.

Participating in the Research Paper Competition

I submitted the project ‘Methyl formate as a reducing agent in the reductive amination reaction’ for the SRPC. Its main goal is to research new methods of producing amines. Amines are very important for humans, they surround us everywhere. They are found in dyes, plastics, pesticides and many medicines. Without these substances there is nothing you can do, they are also in our bodies, various proteins in our bodies, for example, in muscles, and even in DNA — these are complex molecules that are also amines. In my work, I was able to show that methyl formate can be used for the synthesis of amines. Behind this scary word there is the product of the interaction of two simple molecules: formic acid and wood alcohol (methanol). We all know that methanol is a poison and ants also use formic acid as a poison, but methyl formate itself is no more dangerous than the substances we encounter in everyday life.

The idea to participate in the competition came from the Dean of Faculty of Chemistry, Vitaly Kotov. Our dean's office is in close contact with students, and its representatives are interested in our academic and social life. After learning about my past work and the fact that I already have a serious project, I was offered to try my hand at the SRPC. I had previous experience with participating in various competitions and conferences, and I immediately submitted my work for the competition, but honestly, I did not expect to win a prize.

I plan to connect my professional future with science, so I joined the Faculty of Chemistry, since it produces highly qualified scientists. I definitely see chemistry as my future: first I plan to get a candidate of sciences degree in chemistry, then a doctor of sciences degree (both of which are Russian equivalents to a PhD – ed.). I hope that my plans for conquering scientific heights will be realised and for this I am prepared to apply myself. Scientists can engage not only in scientific research, but also in teaching — to educate the younger generation, share knowledge and experience. In the future I would also like to work in this field.

On the Popularisation of Science

Among my current and former classmates, science is certainly popular and many of them also plan to become scientists. My school and Faculty have developed a scientific environment that allows you to gain expertise in various scientific areas. I would like people who are far from science to understand why and for what it is needed. In order to promote scientific knowledge among the general public, it is necessary to develop popular science, to tell people in a simple form about complex things in chemistry, physics, biology, and other sciences. This will help both to attract young people to science and to popularise it.

I also try to work in this area — for example, I participated in the creation, and now participate in the development, of the scientific and educational project ChemToday. There we share interesting scientific facts, books and materials with pupils, students, and anyone else who is interested in the natural sciences. We come up with problems and explain how to solve them.

Science is an opportunity to change the world for the better: for example, to discover a new drug, develop a new approach to producing an existing medicine, saving nature from harmful emissions and making medicine cheaper and more accessible. Without the development of science and the support of scientists, humanity cannot move into the future, no one will invent a new technology or develop a vaccine for a previously unknown disease. To be a scientist is to fulfil a very important and responsible role. 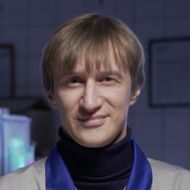 Usually the introduction to science at the school level is, unfortunately, rather abstract. There are very few practical lessons, and demonstration experiments show a pretty picture related to basic instruction rather than to real scientific reality. Lectures by scientists and even introductory visits to scientific institutions have many advantages, but still do not give a complete picture when choosing a profession and understanding what happens in real scientific research.

Fedor Kluev and I were lucky, because we studied at the Moscow Chemical Lyceum No. 1303. There students engage in real scientific research. As a result, every student can understand if they like chemistry and/or a particular area of chemistry. If they like it, they gain an advantage in mastering their profession, and if the reality of it differs from their perception, this is also a good thing, as they can choose a different field, enrol in a different programme, and become a happy person and a successful professional.

Fedor studied science not only in a Moscow school, but also at the best school in the Republic of Korea, where he completed an internship — he worked on expensive equipment that even graduate students in our country are not allowed to use. He gained experience communicating in English, especially on chemistry-related topics, which is very important because work in the most modern areas of science is unthinkable without being able to read articles in English. After entering HSE University, Fedor continued to do what he loves. From the building of the Faculty of Chemistry at HSE University it is a 10 to 15 minute walk or two stops by tramway to all four basic departments, where the students do their research work. As a result, almost immediately after classes he ends up in the laboratory.

In spite of all his achievements, Fedor does not have star fever. He understands that there is no ceiling in science and if he lowers the bar in terms of his demands on himself, the volume of his studies and work, it will become much harder for him to develop and reach his goals. 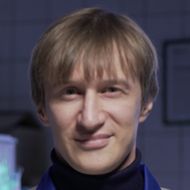