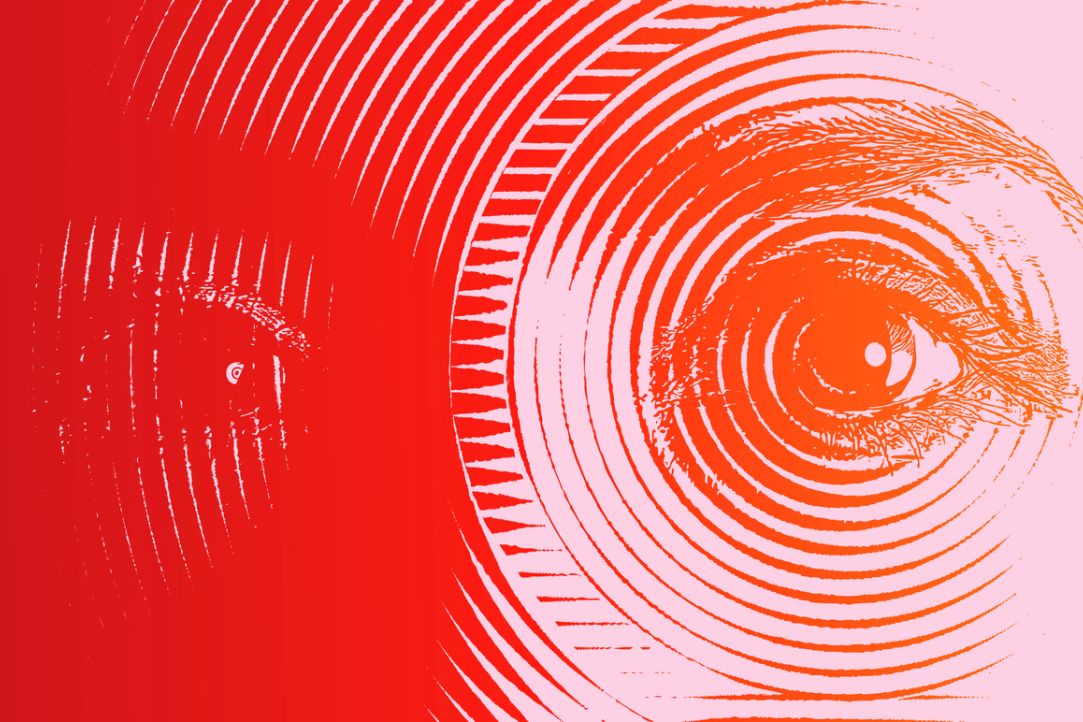 Researchers from HSE University and Harvard University have found that the speed of finding an item with a unique combination of features is not affected by the ease with which these items can be grouped by features. Such results are predicted by theories of parallel attention control. The study is published in the Journal of Vision.

In everyday life we often resort to visual search. Finding an object with a unique feature — a red letter (target) among the blue ones (distractors) — is not difficult. This is called a feature search. It is more difficult to find an object that does not have a unique feature but differs from others by a combination of features: for example, you need to find a red letter ‘L’ among different letters of different colours. In such situation you apply a combination of features search. 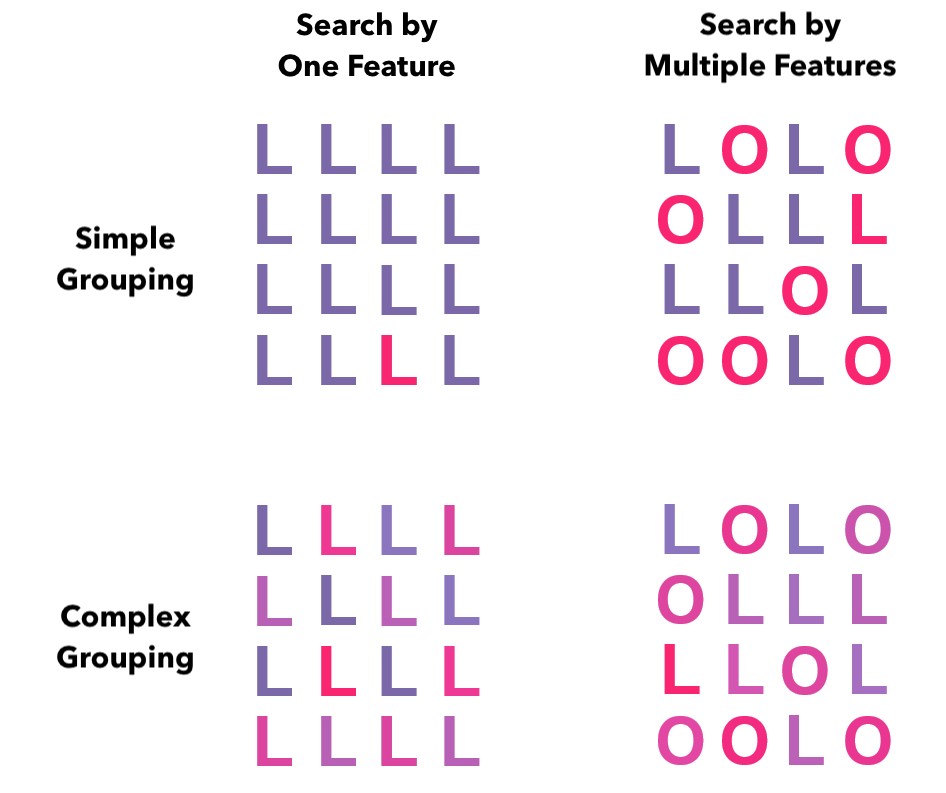 Scientists know that when searching by a single attribute, a subject's speed depends on how easy it is for him to group the objects together. When letters are clearly divided into two categories by colour (top left picture), the red element will immediately catch the eye among the blue ones. However, if the letters are shaded from red to blue (bottom left picture), it will be harder to find the red letter.

Intuitively, it also seems that in the case of searching by combination of features, the element will be found faster when grouped lightly (top right picture). This intuitive feeling is supported by the predictions of the sequential search control theories. According to these theories, searching by feature combination is a two-step process: when letters are easily grouped by colour, you first select all red letters and search only among them by shape, making it twice as easy. If the characters turn out to be of different colours, it will be more difficult to distinguish the groups and the search will take longer.

Opposing ideas are put forward in theories of parallel search control. They assume that information about all relevant features is used simultaneously to direct attention to a potential target. That is, if you are looking for a red letter, the visual system will simultaneously highlight both red letters and letters of a particular shape. In this case, attention will first be directed to those places where both colour and shape will be as similar as possible to the target.

To find out which theories are closer to the truth, scientists conducted a series of experiments. In the first experiment, subjects were asked to find a line of a particular colour and orientation on the screen among other lines — for example, the steep red line in the pictures below. The trials varied in the difficulty of categorising lines by features: in some trials the lines were clearly grouped by colour and direction, while in others they were varied, meaning that categorizing them into clear groups was difficult.

Sequential search theories predict that in conditions of simple line grouping (first picture), the subjects will find the target object more quickly, while overly diverse stimuli (last picture) will make it harder to find. In all four conditions, however, subjects performed equally quickly. Not only is this discovery counterintuitive, but it also seems surprising given the robust evidence for the effect of grouping on speed when searching for a single feature.

Theories of parallel search control — in particular, the guided search theory — provide an explanation for this. It is assumed that two features are searched simultaneously, which is assured by the operation of an attention priority map. For each of the features, the visual system automatically constructs a kind of Feature Activation map in which the activation of one area denotes the extent to which the stimulus at that location matches the target object on that feature. Summing together the feature maps builds an Attention Priority Map. Activation on this map determines how likely a location is to have all of the features we want. In other words, the place with the highest activation is the one where it makes sense to direct attention first. This mechanism ensures that the target object is equally easy to identify, regardless of the complexity of the clustering, as only one feature has two target feature values simultaneously. 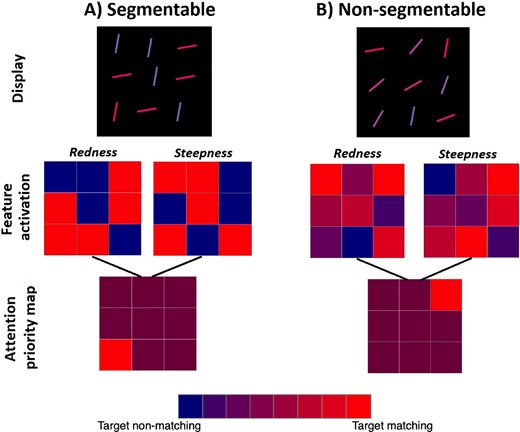 At first glance, this seems completely out of step with the theory of visual search and even violates one of its ‘laws’: feature-based search should be easier than combination-based search. However, the attention-priority map hypothesis provides an explanation for this unique fact: when searching by a single feature, the map has many locations with similar activation, whereas when searching by a combination of features, the target location has more activation than all other features. 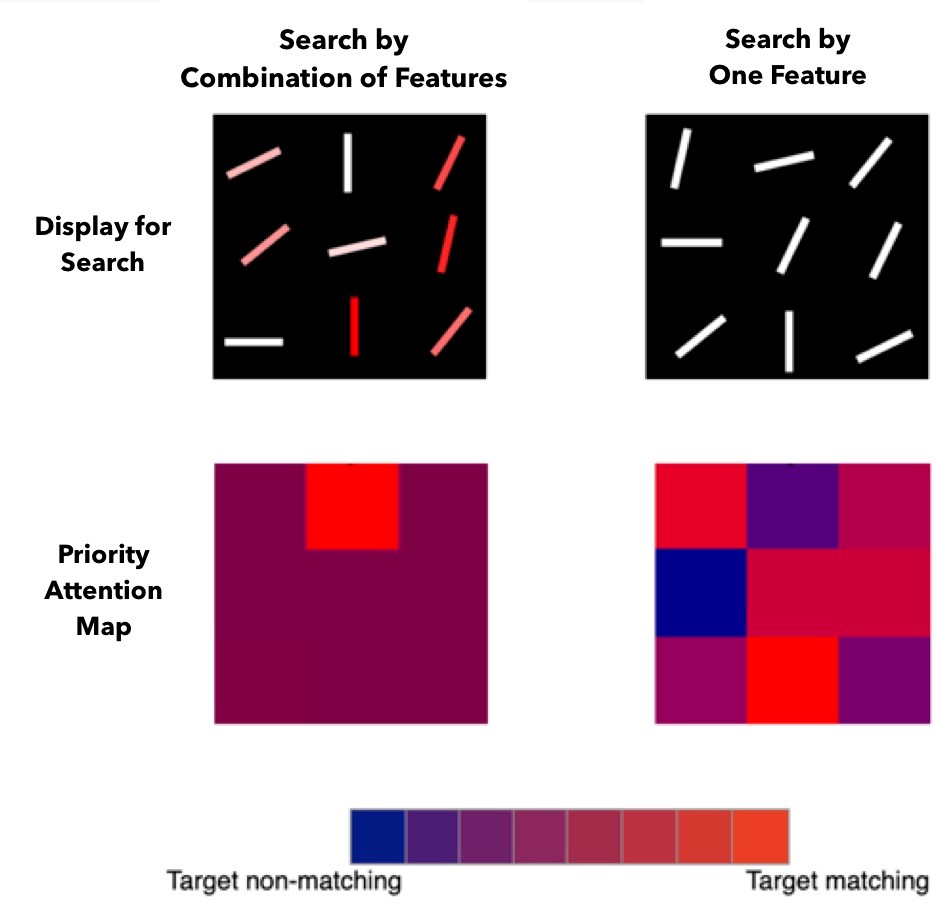 ‘Each of us has to perform the task of visual searching many times a day. Very rarely does the object we are looking for have a unique feature, more often it is a unique combination of several features. In this study we have demonstrated that searching by a combination of features works equally well regardless of the ease with which items can be grouped together. This is possible thanks to building an attention-priority map that analyses several features in parallel’, comments Vladislav Khvostov, one of the authors of the study. 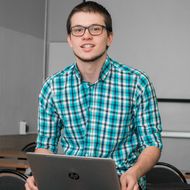