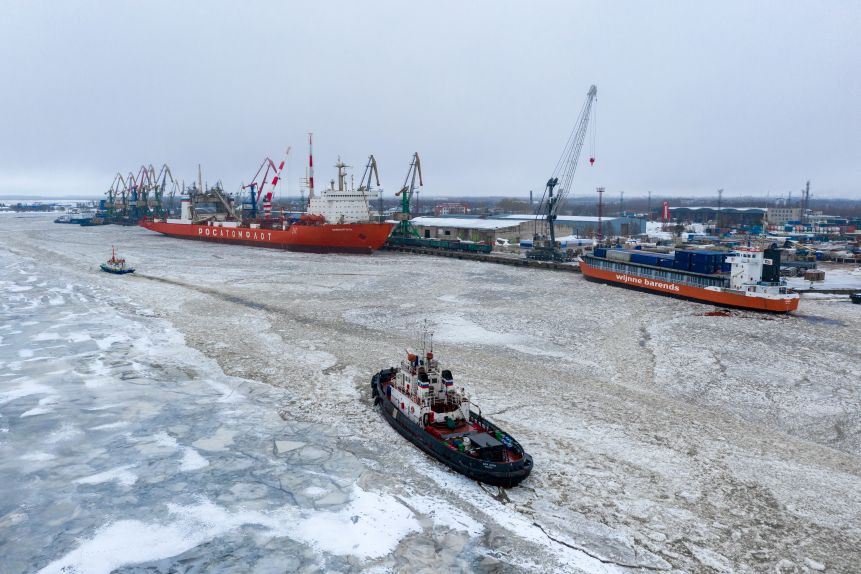 Baselines are one of the key factors shaping international maritime law. From these lines the breadth of a territorial sea is measured, over which the sovereignty of a coastal state extends. The outer boundary of a territorial sea is its maritime boundary. Baselines are also used to measure the width of exclusive economic zones and continental shelfs, where the coastal state has broad sovereign rights or jurisdiction. ‘The issue of optimal baseline outlining is very important for ensuring the sovereignty, sovereign rights, and national security of any coastal state,’ said Boris Morgunov, Director of the HSE Institute of Ecology.

According to the UN Convention on the Law of the Sea, there are two types of baselines for measuring the width of territorial sea: normal baselines and straight baselines. A normal baseline is the maximum low-water line along the coast, which is outlined on large-scale sea maps that are officially recognized by the coastal state. This means that if the coastal line is very long, an extremely high volume of hydrographical and cartographical work is required to adjust the maps. Speaking of which, Russia has the longest coastline in the Arctic Ocean.

Meanwhile, the same UN Convention says that ‘in localities where the coastline is deeply indented and cut into, or if there is a fringe of islands along the coast in its immediate vicinity, the method of straight baselines joining appropriate points may be employed in drawing the baseline from which the breadth of the territorial sea is measured’. Straight baselines are also drawn in localities where the coastline is highly unstable, such as river deltas. In addition, ‘economic interests peculiar to the region concerned’ may be taken into account, if their ‘reality and <..> importance <..> are clearly evidenced by long usage’.

The system of baselines that is currently used in Russia was established by the Order of the USSR Council of Ministers of January 15, 1985, which stipulates the ‘List of Geographical Coordinates of Points that Determine the Position of Baselines to Measure the Width of Territorial Waters, Economic Zones and the Continental Shelf of the USSR’. This system uses a combination of straight and normal baselines. However, due to decreasing areas of perennial ice in the Arctic Ocean and natural processes that bring the sea closer to the coast in Russia’s Arctic seas, the configuration of the Russian coastline has considerably changed since 1985. For example, in the Laptev Sea, the rate of coastal erosion can reach 30-55 meters annually, which has led to the extinction of three islands within several decades. It is expected that climate change will accelerate these processes many times.

The paper authors say that the Russian scientific community has long raised the issue about the need to review the 1985 List. International law does not limit the ability of coastal states to amend previously approved baselines. Many states have executed this right, including Arctic ones, such as Norway and Denmark, which delineated their coasts with straight baselines, thereby receiving a number of advantages.

Another way to reinforce Russia’s position in the Arctic could be granting the Russian territorial waters historic water status. The concept of ‘historic waters’ is used in international practice, although it is not clearly enough formulated in legal terms. Such a status can be granted in case of permanent and long-term use of these waters. This is possible if the other states do not object or pose obstacles to the process.

Researchers from the HSE Institute of Ecology believe that Russia has basis to consider granting historic water status to some additional Arctic water zones. Russia has developed the Arctic coast and adjacent sea areas for a long time (several centuries). In the 16th-17th centuries, the north of Siberia was developed by the Cossacks. Since the 18th century, state expeditions explored Russia’s northern borders and the adjacent sea areas. The Great Northern Expedition (1733-1743), which consisted of several parties, played a particular role in these explorations. 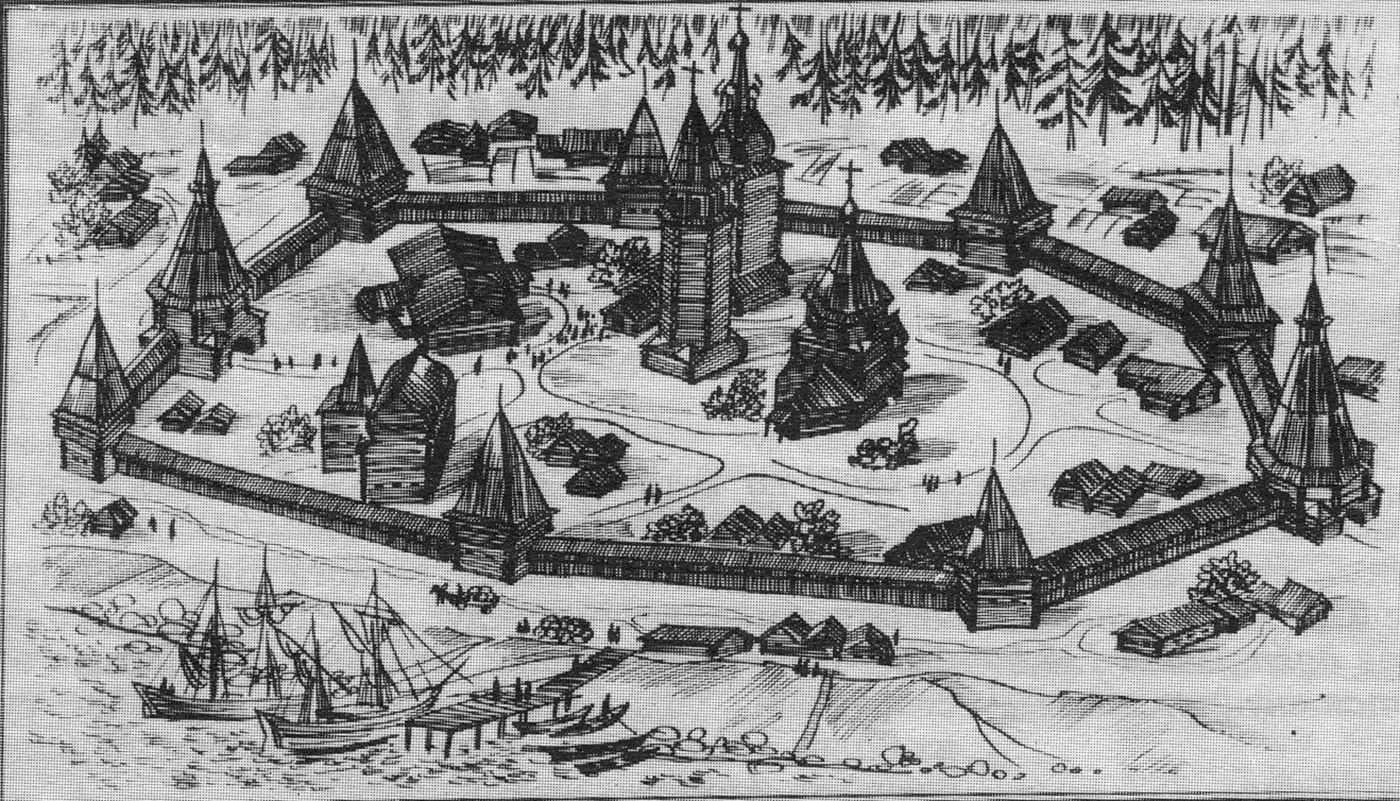 Since the 16th century, Russia has confirmed its legal claims on the Northern lands and seas on the state level. Tsar Ivan the Terrible officially denied England’s application to provide an exceptional right for trade in the mouths of the Northern rivers, emphasizing that ‘those areas are in our land… of three thousand versts’ (a verst was a Russian unit of distance equal to 1.067 km). Particularly justifying  Russia’s rights on areas in the Arctic Ocean is the Circular Note of the Russian Ministry of Foreign Affairs of September 20, 1916, in which the Government of the Russian Empire informed foreign states that it includes the lands discovered by Russian Polar expeditions in the Arctic in its territory.

The authors emphasize that the sea areas adjacent to Russia’s Arctic coast have never been used for economic development by foreign states or for international navigation. On the contrary, they served as an important source of marine biological resources for coastal communities, primarily small indigenous populations, as well as for the entire population of the country. In the 20th century, economic development of Russia’s Arctic areas got a big boost. The economy of the Arctic zone of the Russian Federation is inextricably connected with the Northern Sea Route. The scale and growth rates of maritime shipping on the Northern Sea Route are confirmed by the following figures: the total volume of shipped cargo was about 1.6 million tons in 2000 and 26 million tons in 2019. By 2024, it is forecasted to reach 80 million tons.

‘The new geographical coordinates of the baselines of contemporary Russia’s Arctic coast should not be an “adjusted” version of the 1985 List,’ said Boris Morgunov. ‘This specification should be innovative and clearly reflect the current balance of reviewed sea borders at all levels, and it should be consistent with the practices of other Arctic states that draw straight baselines in the Arctic. We should also consider the long history of scientific and economic developments in the Russian Arctic.’ 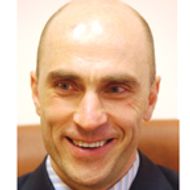 The Eastern Economic Forum took place place in Vladivostok. The participants of the ‘Eastern Dimension of International Cooperation in the Arctic’ session stated that joint research will help to find mutual understanding between the circumpolar states and the countries of the Asia-Pacific region. HSE News Service covers some sessions in which experts from HSE University took part.

Researchers Present an Outlook for the Russian Arctic

The Russian Arctic should be better connected – economically and logistically – to the country's other regions, according to researchers of the HSE Faculty of World Economy and International Affairs. If Arctic projects are to develop further, they must be supported by stronger horizontal connections involving regional authorities, civil society organisations, the expert community, and the indigenous peoples of the North. The study is published in Regional Research of Russia.