Ksenia Mokrushina, graduate of the HSE Faculty of World Economy and International Affairs, MA of the Massachusetts Institute of Technology (MIT), told us about her experience of study, work and teaching in urban planning.

— Ksenia, let’s start from the beginning. Why did you choose the Higher School of Economics?

— Even in high school, I was already attracted by areas related to economics and international relations. I entered the preparatory courses at the HSE campus in Nizhny Novgorod. In May 2003 the competition for places began, and once I received my results I was enrolled in the Faculty of World Economy (today it is the Faculty of World Economy and International Affairs). I decided to go there because, in addition to economics, we had the opportunity to take advanced foreign language courses.

— Today, looking back, how would you evaluate the results of studying at the HSE?

— HSE is a brand that opens many doors. It is undoubtedly a mark of quality for the best employers in Moscow. And if we speak about academic knowledge, I got a general understanding of the global economic system and of how international organizations work. And I also learnt about the field where this knowledge can be applied. In addition to that, an economic education is a good basis for any professional work and postgraduate education. So, I consider my study at the HSE as a platform to the next level.

— How did you build your career, what influenced it?

— After my third year of study I had an internship at Procter&Gamble. After spending 3 months there, I understood that working as a manager in a corporation was not for me. It was much more interesting for me to work at the HSE Institute of Trade Policy, where I studied issues related to the WTO. My excellent academic supervisor, Tatiana Trudaeva, believed in me and helped me to participate in a summer school in Canada in my specialization – trade policy. I wanted to continue working on this topic in an international organization after my graduation.

During the fourth year of study I undertook an internship at the Moscow office of the World Bank, but they didn’t have any WTO-related projects at the time. However, they were actively developing a programme of investment in Russian regions. I took part in this project: looked into the economic and financial situation in the regions, their credit ratings, the state of their budgets and some other problems. While I was finishing my study at the university, I had a very flexible schedule, so I still had time to attend classes and write my master’s thesis.

One of the World Bank projects I took part in was dedicated to studying the energy efficiency potential in Russia. I felt I was involved in a very important topic which could influence the whole Russian economy. The report we wrote was passed on to Vladimir Putin, and then he issued an decree about cutting Russian GDP energy capacity by 40 percent, and work on the federal law on energy efficiency started.

— How and why did you decide to go to study at the Massachusetts Institute of Technology (MIT)?

— I always wanted to get a Western education and become an international expert. Since I’d spent three years at the World Bank working on energy efficiency, transport and utility issues (generally, city infrastructure problems), I’d naturally begun to be interested in the topic of urban planning. There was no such academic discipline in Russia at that time (Even today, the HSE is only just launching its Graduate School of Urban Studies and Planning). MIT had always been a dream for me, and it turned out that they had the best city planning programme in the USA, and with a very strong component devoted to energy studies, which was just what I wanted.

Since I wasn’t able to pay for the education myself (the fee is $40 000 a year, plus accommodation and living costs), I needed a grant. I applied for a Fulbright grant, and was lucky enough to be awarded one. Once I’d secured the grant, I applied for the master’s programme in city planning. The whole process was very complicated and took almost 18 months. If you’d told me, when I was a high school student that I would one day study at MIT, I wouldn’t have believed you. Six months ago I graduated and came back to Russia to work in urban planning.

— Where do you work today?

Unfortunately, these areas are very poorly developed in Russia, there are only a few, unconnected, projects. Today, together with MIT, we are carrying out an energy study at Skolkovo, which we hope will become the basis for master’s and doctoral courses at Skolkovo University.

— What courses do you teach?

— I teach a course on modern approaches to urban planning at the HSE Graduate School of Urban Studies and Planning. This involves the issues of ‘smart’ and ‘green’ planning. When I was in the USA and found out that the HSE was launching a programme in urban studies, I understood that I couldn’t stand idly by and watch. I called Alexander Vysokovsky, told him about my studies, and for several months now, I’ve been working with the Graduate School of Urban Studies. This is my first experience of teaching, and surprisingly I’m enjoying it. I feel a special drive and professional satisfaction, although I wouldn’t like to teach permanently. After all, I am researcher and practitioner in the first place.

— What do you think about informal activist actions in urban planning, such as the guerilla map of the Moscow metro?

— I respect guerilla actions. Such movements all over the world have played an important role in the development of the urban environment. And they are really important in Russia. This is a special type of planning ‘from below’, an action of civil disobedience, when a citizen’s active conscience wakes up, a vital element for creating demand for change in the city. 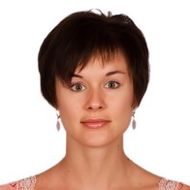 Ksenia Mokrushina
All news by the author 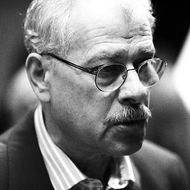 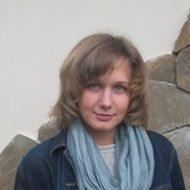 of trash was collected by Green HSE volunteers and other environmental activists in the first two weeks of August along the bank of the Moscow Canal in Dubna and in the Moscow park Yauza.