An International Laboratory of Mathematical Finance Will Appear at the HSE

One of the HSE’s applications was a winner at the third competition to attract leading researchers to Russian universities. The competition was held by Decree No. 220 of the Government of the Russian Federation. A new Laboratory of Mathematical Finance at the HSE will be headed by Yury Kabanov, Professor at the University of Franche-Comté (Besançon).

On April 22, 2013, a Russian Government grant council announced the winners of the third round of competition for grants to attract leading world academics to Russian universities and research centers. A total of 720 applications were submitted in various fields of the natural and social sciences, and 42 of them received the most votes from the council’s experts and were declared the winners.

One of the grants was awarded to the HSE, which will create an international laboratory of mathematical finance to be headed by Yury Kabanov, Professor at the University of Franche-Comté (Besançon). Kabanov, a doctor of physical and mathematical sciences, is a leading expert in stochastic processes and financial mathematics.

Kabanov graduated from the Department of Mathematics at the Lomonosov Moscow State University. For a long time he worked at the Central Institute of Economics and Mathematics of the Russian Academy of Sciences. He then taught at Bilkent University (Turkey). Since 1995 he has been conducting research at a mathematical laboratory at the University of Franche-Comté. 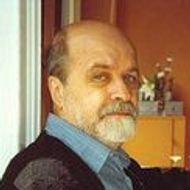 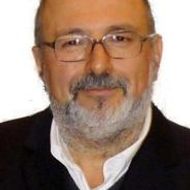 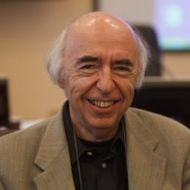 The competition is open to research projects in the fields of biophotonics and ageing (biology, physiology, biomedicine, biostatistics, and bioinformatics). The competition is aimed at creating, supporting, and developing science and international-level schools at HSE University. The university is also working to develop modern infrastructure for its natural sciences cluster as part of its active involvement in global research.

HSE University has announced an open project competition to create experimental research laboratories in the natural sciences. The competition is open to research projects in the fields of biophotonics and ageing (biology, physiology, biomedicine, biostatistics, and bioinformatics.)

On June 1, the HSE Academic Council approved a list of new research laboratories at the University. Their respective research agendas cover various fields, from transcendent philosophy and international law to bioinformatics and visual perception and attention modeling. On June 5, all of the laboratories commenced their activities at five HSE faculties.

Professor Jonathan Linton: 'An Opportunity to Learn a Great Deal in Moscow'

Professor Jonathan Linton, Power Corporation Professor for the Management of Technological Enterprise of the University of Ottawa, Canada, and Editor-in-Chief of the ‘Technovation‘ journal has been appointed as the new Head of the HSE Laboratory for Science and Technology Studies at ISSEK the Institute of Statistical Studies and Economics of Knowledge. In this interview for the HSE English Language News Servicel he talked about what he hopes to achieve in his new job.

A New International Laboratory at the HSE

An International Laboratory of Quantitative Finance will open at the HSE, as part of a competition aimed at attracting leading scientists to Russian universities. It will be headed by one of the leading international experts in stochastic analysis and financial mathematics, Professor Yury Kabanov.

The International Conference on Applied Economics in Perm HSE in September

Last year the HSE-Perm established a new Scientific Research Laboratory for Industrial Organization Empirical Analysis. Grigory Kosenok, Full Professor of the New Economic School and Research Manager of the Laboratory, talks about the laboratory and the International Conference on Applied Economics which will be held in Perm HSE in September on September 18-20, 2013 where international specialists to be keynote speakers at the Conference have been invited.

‘A Politician Is Someone to Study, Not a Client’

Alexey Zakharov, Associate Professor in the department of Advanced Mathematics in the HSE Faculty of Economics, is a member of the Committee of the European Political Science Association - a professional community of specialists who apply a variety of different methods in their analysis of the field as it is understood today.