A new issue of the "Foresight-Russia" journal is out of print. The issue contains two articles prepared by experts from Italia and the US respectively who share best practice of evaluating and enhancing innovation performance at regional level. A Microsoft representative considers ethical aspects of the widespread penetration of ICT. Therewith the journal presents a revised macroeconomic forecast for Russia and reviews key events held by ISSEK in the framework of the XIV HSE April International Academic Conference.

The recent global crisis has significantly changed basic prerequisites laid in the basis for the majority of pre-crisis forecasts and strategies, including those in Russia. That was one of the reasons for conducting a series of studies aimed at revising the Russian Long-Term S&T Foresight 2030, in particular, for the elaborating a new macroeconomic forecast, which is the concern of the paper that opens the issue — "Future of Russia: Macroeconomic Scenarios in the Global Context". Its authors, experts of the Centre for Macroeconomic Analysis and Short-Term Forecasting developed a set of possible scenarios of global development and their projections for Russia. Comparing their characteristics, the authors identify the most preferred scenario for our country and describe the prerequisites for its implementation — both objective and that of dependence from the stakeholders’ actions.

The next two articles have a common topic in effective regional innovation policy. Best practice is presented by experts from Italy and the US. The first, "The Concentration of Knowledge Activities in Italy: An Analysis at Local Level," assesses localization of knowledge activities (R&D, patents, publications), the relationship among the knowledge activities performed by key actors — business, public sector, higher education and private non-profit organisations — and it identifies sectoral R&D specialisation of Italian municipalities. The second, "Research Universities in the Framework of the Regional Innovation Ecosystem: The Case of Austin, Texas," describes a model of regional innovative development that casts the research university in the role of a driver of large-scale transformations aimed at strengthening the region’s competitive position worldwide. Based on the case of the University of Texas at Austin (USA), the authors show how universities shape a unique entrepreneurial environment that foster development of the regional innovation ecosystem by timely response to growing industry needs and by efficient interaction with industries, governments and societies. This article also characterises in detail the contribution of each of these to Austin's transformation from a "university town" to the dynamic "technopolis" that enables large opportunities for making a career in high-tech fields. It emphasizes the role of influential strategists, capable of making non-standard solutions and generating an environment for productive partnerships.

How does the increasing diffusion of intelligent systems influence key human values? This highly relevant topic is addressed by Kamill Akhmetov (Microsoft Corporation) in "Human-Computer Interaction: Trends, Research, Future". Considering prospects for the development of information and communication technologies (ICT), the experts generally indicate increasing computational capacities, growing speed of data transmission, and expansion of software performance. The author notes, that the social aspects of the widespread penetration of ICT do not always attract close attention, although there is some firm research; Microsoft, for example, does longstanding research in this area. The article presents some results obtained by experts from private research sector.

The issue concludes with the review of two events organised by ISSEK in the framework of the XIV HSE April International Academic Conference. The first of them — a workshop with the participation of foreign experts — was devoted to discussing centres of excellence (CoEs). In recent years, CoEs are actively developing in countries that have a science, technology and innovation policy, relying on the Foresight outputs, and that set a vector of global technological development. Workshop participants discussed theoretical issues, country practices, patterns of developing CoEs, and ways to adapt best international practice to the Russian context.

At the round table "Monitoring Economics of Science: Principal Results and Future Outlook," leading ISSEK scholars presented outputs of a large-scale study aimed at establishing the system of collecting, processing and analyzing data to characterize economic trends in diverse sectors of R&D performance in Russia – government, business enterprise and higher education. The research conducted within the framework of this project will be described in detail in future issues. 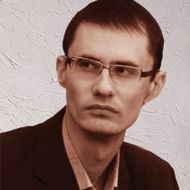 Doctoral Education Discussed in Higher Education and Beyond Journal

Educational Studies Moscow journal, which is published by HSE University, is now included in the second quartile (Q2) of the Scopus international scientometric database. This reflects the high level of citation and demand for the journal within the academic community, thus confirming its status as the best Russian publication in the field of education.

The Russian Science Citation Index (RSCI) has released a new journal list on the Web of Science Platform. The list was prepared by a group of experts at the Index who assessed the journals in terms of their quality and academic integrity.