How dangerous are asteroids for the Earth? What technologies can we use to protect the planet? These and other questions were discussed at a two-day seminar ‘The Solar System and the Asteroid Threat’ at HSE MIEM.

In 2011 the HSE MIEM won a Russian government grant for state support of research conducted under the supervision of leading scientists. A Research Laboratory of Space Research, technologies, systems and processes was established as part of the university, and David Dunham, a renowned American expert in space studies, became its Academic Supervisor. Under his supervision, research in the field of planetary protection from dangerous space objects is being conducted, and leading international researchers are working on projects associated with this. On September 11 and 13, 2013, American researchers, Roberto Furfaro, Professor at the University of Arizona and the head of the Space Systems Engineering Laboratory,and Mark Boslough, Professor at the University of New Mexico and a member of the technical staff at Sandia National Laboratories, spoke at a seminar  ‘The Solar System and the Asteroid Threat’ organized by the laboratory.

According to David Dunham, such seminars allow the creation of a research atmosphere not only in the laboratory, but in the university as a whole. Reports by Mark Boslough and Roberto Furfaro have attracted many MIEM staff members and students interested in interplanetary studies and the problems of planetary security.

Mark Boslough spoke about recent data related to the possibility of asteroids colliding with the Earth. While big asteroids, such as the one which caused the extinction of dinosaurs 65 million years ago, are well studied (and none of them are on a trajectory of clashing with the Earth), millions of small asteroids remain undiscovered. Their size varies from 10 to 20 meters, which is comparable with the Chelyabinsk meteorite, and although these asteroids are unable to bring mass destruction and death, they can still cause considerable damage.

According to Mark Boslough, since the number of small asteroids is huge, it is difficult to create a full catalogue of them, and that’s why it’s necessary to pay more attention to developing facilities for detecting them directly as they approach the Earth. Studying these asteroids’ characteristics will allow timely detecting of the risk. In addition to that, these studies will cast light on the processes which influenced the formation of the Solar System.

On September 11, 2013, Roberto Furfaro presented information about the NASA OSIRIS-REx mission, which will deliver samples of asteroid soil to the Earth: an unmanned spacecraft will be launched in 2016, and will meet the asteroid Bennu in 2020. Professor Furfaro also spoke about ways of controlling the spacecraft near the asteroid, planning interplanetary space missions and the creation of an infrastructure for such missions.

On the second day of the seminar Roberto Furfaro spoke about application of long-distance Earth probing with spacecraft in order to monitor glaciers and agricultural processes. Complicated algorithms, developed under his supervision, allow us not only to detect the state of vegetation and relief in detail in a district seen from the satellite, but, by using an innovative method of analyzing the results, to considerably improve harvests. 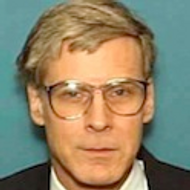 David Waring Dunham
All news by the author

David W. Dunham, the famous American astronomer and NASA expert on asteroids is Academic Supervisor at the HSE International Laboratory of Space Research, Technologies, Systems and Processes. The HSE News Service asked him to tell us about working at the laboratory, what they do and what they hope to achieve.