Why Study Emotions Across the World 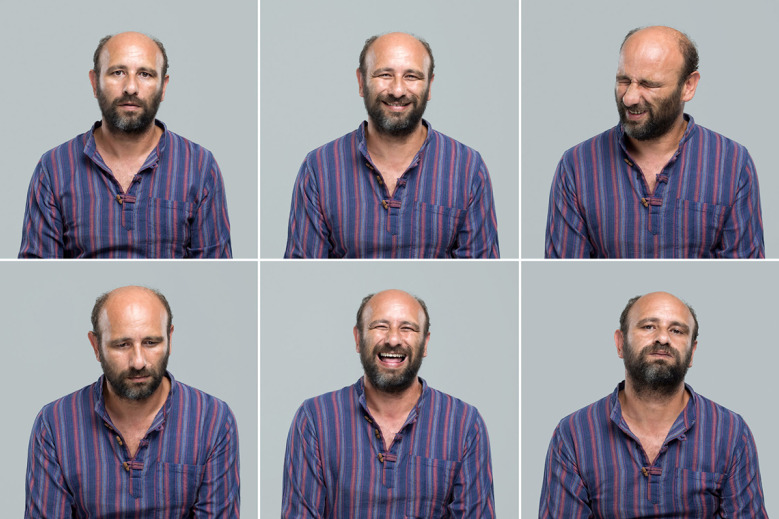 Professor Gerrod Parrott from Georgetown University has come to the HSE for a brief visit to deliver a series of lectures to master’s students at the Faculty of Psychology. On October 17 he also gave a public lecture on ‘Effects of American and Russian Cultures on Emotions’. The aim of the presentation was to introduce several research topics, describe preliminary findings and explore possibilities of collaboration with Russian researchers in this field.

Professor Parrott first outlined various theories that explain the nature of emotions. One of them is a theory he put forward in 2010. It is based on the concept of ‘UR’-emotions which are not full emotions but rather universal emotional kernels that do not occur by themselves and are subject to cultural influences.

These cultural influences determine how emotions are understood, evaluated and how they affect other people. In other words, one emotion would have different effects in different cultures. Professor cited the example of using anger in negotiation. In the Netherlands exploiting this emotion would produce better deals whereas in Japan anger does not work at all because it is considered to be socially unacceptable. So, culture does play a pivotal role in our understanding and experiencing different emotions. Moreover, culture helps build habits of attributing certain emotions as either good or bad.

Why study emotions in Russia?

Gerrod Parrott feels that it is quite important and interesting to study the differences in the perception and function of emotions in America and Russia. This is mainly due to the fact that most research focuses on the comparison of Western culture, exemplified by Northern Western Europe and North America, and some generic Far Eastern culture, represented by Japan, China, Korea and Taiwan. However, it is dangerous to look at only two types of cultures, especially if a specific country becomes a symbol of a certain culture, for example, Korea seen as collectivist or US as individualistic. Such approach leads to undue generalizations about cultures and often brings about invalid conclusions.

It might be interesting to research the influence of social customs and beliefs on emotions in Russia because there appear to be interesting ideas about certain emotions, such as sadness, envy or happiness.

Russia appears to be a valuable source of data on emotional behavior as it is collectivistic to a certain extent yet cannot be equated with Korea or China. Furthermore, it might be interesting to research the influence of social customs and beliefs on emotions in Russia because there appear to be interesting ideas about certain emotions, such as sadness, envy or happiness.

One of the most obvious differences between Russia and America, in professor’s opinion, is in the attitude to happiness and sadness.  In the USA happiness is a highly valued emotion with social pressure discouraging negativism and public displays of negative emotions. The professor noted that it has not always been so – culture historians trace the turn for positive thinking back to 1920s. Nowadays, happiness culture is pervasive in the US where people focus on the hedonic component of emotion, emphasizing the feeling and ignoring the bigger nature of emotions.  In Russia, by way of contrast, people seem to show respect for negative emotions and often think that those who are happy all the time are foolish. Based on Prof. Parrott’s findings, suffering in Russia appears to be valuable, which probably derives from Orthodox Christianity. This acceptance of suffering and sadness makes people more humble and patient.

How can emotions and cultural differences be studied?

One of the recent studies conducted by Prof Parrott aimed to establish whether sad emotion is considered bad or good in Russian and Western cultures. The subjects included 55 European and American college students and 60 Russian students (from Moscow, Yekaterinburg and Simferopol). In the experiment the subjects were first asked to choose one of five tasks they would do and then to pick a film to put them in a mood suitable for performing the task. The tasks were

The study showed that there is no significant difference in preference for sad films for sitting still task (sad film often chosen) or writing a letter of support (sad film rarely chosen). However, there was a striking difference with regards to other tasks. Half of Russian students chose sadness as a way of promoting self-reflection and attentiveness, which was double the rate of Americans. As for the puzzle solving task, 30% of Russians selected sadness in this case while hardly any Americans did so. Further research showed that up to 40% of Russian students perceive sadness as pleasant whereas only 15% of Americans share this view. However, the professor noted that in some ways Russians and Americans are similar: in both cultures happiness is associated with friendliness and energy.

Half of Russian students chose sadness as a way of promoting self-reflection and attentiveness, which was double the rate of Americans. As for the puzzle solving task, 30% of Russians selected sadness in this case while hardly any Americans did so.

Another avenue for research is analysis of envy and its repercussions. Gerrod Parrott has established that there exist different types of envy – malicious and non-malicious. Some languages, for instance Dutch, even have separate words to denote the two. Professor suspects that studying Russian ‘black envy’ and ‘white envy’ might prove fruitful. He also thinks that studying the emotions connected with being the object of envy might be interesting in Russia and could include, for instance, the idea of the ‘evil eye’ and the belief in zero-sum nature of success.

New source of data on emotions

Finally, another interesting way of analyzing emotions is the study currently under progress of the database of iTunes downloads in 7 countries. The songs are analyzed to assess arousal (tempo) and emotional valence (content of lyrics). The hypothesis of the study posits that the choice of songs reflects people’s emotional preferences and can provide a useful insight into emotion norms in a country. American users, for example, prefer positive songs with high arousal measure. The professor wondered if such study can be valid in Russia and whether the users of iTunes are representative of the whole population.

In question and answer session that followed the talk Prof Parrott agreed with the audience on the importance of linguistic matters in composing questionnaires and conducting research.  The professor expressed his hope that it would be possible to establish in Russia a team of culturally sensitive people in order to avoid making cultural mistakes during research. He encouraged HSE graduate students and researchers to join his research team. It is possible to contact Professor Parrott by email to find out more about the project and various types of studies conducted.

Professor W. Gerrod Parrott's central interest is the nature of human emotion. His published work has focused on three areas: philosophical and historical approaches to the concept of emotion; emotion's social foundations and functions, including such social emotions as embarrassment, shame, guilt, envy and jealousy; and the influence of emotion and emotional self-regulation on thought. He is the author of over855 scholarly chapters and articles, and has published four books, The Positive Side of Negative Emotions (Guilford Press, 2014), Emotions and Culpability (with Norman Finkel, American Psychological Association, 2006), Emotions in Social Psychology (Psychology Press, 2001) and The Emotions: Social, Cultural, and Biological Dimensions (with Rom Harre', Sage, 1996). He served from 1995-1999 as Editor of the Journal Cognition and Emotion, and was  the President of the International Society for Research on Emotion from 2008-2013.

Survivor's Library: Which Psychology Books Can Help You in Difficult Times?

People Over 65 are Less Prone to Apathy and Depression

The degree of depression and apathy is higher between the ages of 50 and 65 than after 65. What’s more, apathy among those of pre-retirement age depends on subjective vitality — the sense of being full of life and energy.

The HSE School of Psychology has studied the psychological, social, and political factors behind Russians’ pro-environmental behaviour. It appears that women hold more pro-environmental attitudes than men, trust in the free market negatively affects sustainable consumption, and awareness of the benefits of pro-environmental actions better motivates people to sort waste than environmental concern or connectedness to nature. The study has been published by SSRN.

Fashion, As We Knew It, Is Disappearing

Fashion Theory journal Editor-in-Chief Liudmila Alyabieva explains how the pandemic has changed our wardrobe as well as expectations of the fashion industry — and ourselves.

‘There Is Only One Solution to the Problem of Social Inequality: Information’

This September, work was in full swing at HSE University’s Laboratory for Psychology of Social Inequality. The laboratory, which was established in spring 2021, is the first research centre in Russia devoted to researching perceptions of inequality in various fields. IQ.HSE spoke to Elena Agadullina, head of the laboratory, about the research projects underway at the lab, the psychological mechanisms that support and maintain inequality, and Russia-specific trends in the field.

Social Adaptation, the Secrets of Communication, and Animal Therapy: Psychological Welcome Week Comes to a Close

In a series of events that ran from September 13–21, psychologists from the HSE University Centre for Psychological Counselling spoke to students about communication traps and establishing trusting relationships, the challenges of adapting to a new environment and the resources required to do so, the university’s emergency psychological service, and animal therapy. The event programme also included English-language events.

HSE University researchers Evgeny Osin and Irina Turilina conducted an intervention study looking into the effectiveness of a short-term online mindfulness meditation course. They discovered that even after a three-week course of daily 10 to 15-minute meditation sessions, novice participants benefitted from improved emotional wellbeing, concentration, motivation and self-reflection. The practitioners were also less likely to fixate on negative thoughts. However, these effects only applied to people who already had sufficiently high levels of self-control and motivation to meditate and were thus less likely to give up on the practice. The research is presented in an article published in Applied Psychology: Health and Well-Being