Most Russians Are Worried about Price Increases, Poverty and Unemployment

Results of a survey by the Levada Centre for social research show that price increases are the thing that Russians worry about most. The second thing on their worry list is poverty and the third, – unemployment. Only a tiny 4% of those asked said they worry about restrictions on civil rights and democratic freedoms. HSE professor and researcher Nataliya Tikhonova explains why, if we look more closely, these results are not actually surprising at all.

The results of the Levada Centre survey hardly come as a surprise to anyone in the field, but for the non-specialist they could be puzzling. After all, Rosstat government statistics show price increases to be relatively small. Even so, year after year this comes top of the list of things Russians worry about the most. It isn’t surprising if you take into account the rates of inflation that Rosstat considers affect the Russian economy overall. But the picture of changes in the cost of a shopping basket – which is what ordinary Russians are concerned about – is another thing altogether: prices continue to increase here, and we can expect the process to accelerate rapidly with the fall in the exchange rate value of the rouble.

High levels of concern about poverty indicated in the Levada Centre survey are not a coincidence. (Although data at the Institute of Sociology at the RAS has a slightly lower share than Levada’s 50% of respondents, which is high) The reasons are understandable: About 60% of Russian citizens fall into the category of ‘not well off’. According to data from the Russian Longitudinal Monitoring Survey — HSE for the last 10 years, people in that category have been among the poor although they haven’t all been living in long-term poverty. Many of them have found themselves in a kind of floating or situational poverty. Their condition fluctuates, putting them sometimes above and sometimes below the poverty line, but they are always at risk of being in poverty. People who are sometimes quite well off can often fall into situational poverty through force of circumstance.

Chronic poverty can last for several years on end (3-5 and longer) and gets handed on from generation to generation. About one half of all those people in Russia living in poverty are chronically poor. They are poor now, were poor five years ago and most likely will be poor in five years from now.

As for worrying about unemployment, this is a relatively new tendency which began to show after the crisis in 2008 when the number of people without permanent formal jobs began to grow. Some of them find temporary ways of earning, while others don’t have any work at all, nor are they registered at any employment agency. According to the International Labour Organisation these last are not included in unemployment figures.

So, of the 70 million who make up the economically active part of the population, we don’t know how about a third of them make a living. We can guess that some of them are self-employed or keep house, but it is a fact that a third are not formally employed, have no social security and don’t pay into the state pension fund. Naturally, the population doesn’t recognise them as properly employed and is considerably worried about the unemployment situation.

It’s not surprising then that for the 60% of the population for whom basic survival is a daily struggle many problems which seem extremely pressing for better off Russians (like the problem of civil rights) don’t seem to matter at all. 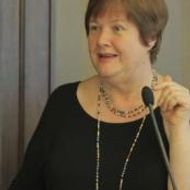 Once unemployed, mid-level employees suffer primarily from loss of income, while senior-level leaders mostly resent the loss of respect; of all employee categories, production and service workers are most likely to become unemployed. These are some of the findings summarized in the paper 'The dynamics of subjective social status associated with loss of employment: an analysis of occupational differences', which was presented by Anna Zudina, Junior Research Fellow of the Centre for Labour Market Studies, at the Ninth Yuri Levada Memorial Conference on Contemporary Russian Society and Sociology hosted by HSE.

On April 7-10, the Laboratory for Comparative Social Research at HSE will hold the Fifth LCSR International Workshop ‘Social and Cultural changes in cross-national perspective: Subjective Well-being, Trust, Social capital and Values’ which will take place as part of the XVI April International Academic Conference on Economic and Social Development. Attending this year’s conference is Arne L. Kalleberg, Kenan Distinguished Professor of Sociology at the University of North Carolina. He recently spoke with the HSE news service about the challenges facing labour force research, the situation with unemployment in Russia, and his interest in developing collaboration with researchers at HSE.

Russians born in this year face unemployment more often than others do.