of Russians believe that fake alcohol products are widespread in Russia. About half of respondents believe that more fakes have appeared over the last 2-3 years.

Russians consume counterfeit alcohol less frequently than they wear fake ‘branded’ clothing or use pirated audio or video recordings. Among the people who said they have consumed alcohol in the last 30 days, 85.1% believe that they drank only legally produced beverages. Another 9.2% were unable to answer this question exactly. Only 5.8% of Russians admitted that they drank counterfeit alcohol, but half of these did not know at the time of purchase that they were getting a fake product.

This information is presented in a study by Zoya Kotelnikova, senior researcher at the HSE’s Laboratory for Studies in Economic Sociology, entitled ‘Consumption of Counterfeit Alcohol in Modern Russia: the Role of Culture and Structural Factors.’ 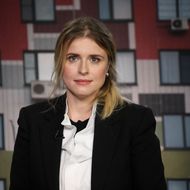 Widespread consumption of toxic surrogate alcohols is not the only cause of lethal alcohol poisoning in Russia; even more important may be the country’s ‘culture of drinking'. This habit of drinking large quantities of strong spirits – such as vodka, brandy or whiskey – often leads to dangerous intoxication and early death.

Over the next 20 years, death rates among working age Russian men are expected to drop by a third due to a change in alcohol consumption preferences – namely, the decreasing popularity of vodka, according to Yevgeny Yakovlev, Assistant Professor at the HSE Department of Applied Economics, and Lorenz Kueng, Assistant Professor of Finance at the Kellogg School of Management at Northwestern University.