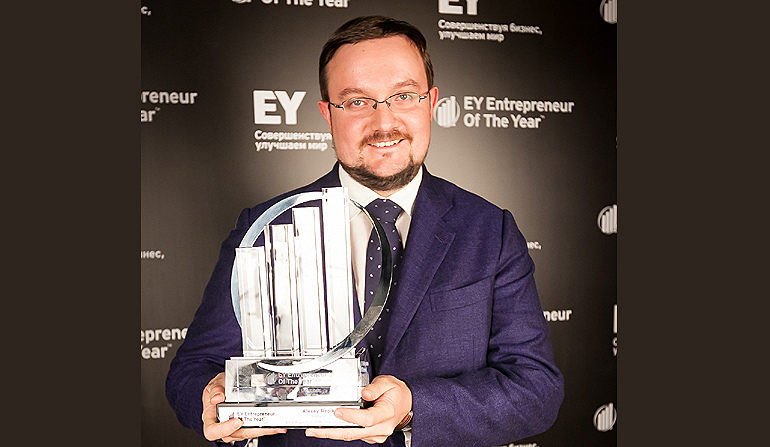 At the opening ceremony, Alexander Ivlev, who is the Country Managing Partner for Russia and CIS Sub-Area Leader for Accounts, Industries and Business Development at Ernst & Young, the competition’s organizer, said that this year’s event saw the participation of more than 60 owners and top managers of Russian companies from 16 regions of the country. The competition currently covers nearly 150 cities in more than 60 countries around the world.

The Entrepreneur of the Year Award is meant to assess leading entrepreneurs’ contribution to the national and global economy. The award also promotes entrepreneurial activity and economic growth by identifying role models in the contemporary business world for the next generation of entrepreneurs.

According to the rules for the national stage of the competition, a contender must be a Russian citizen and have borne the main responsibility for an enterprise’s development over the course of at least the last three years. The company that is managed by the contest participant must have existed on the market for no fewer than five years and had revenues of over 30 million rubles per year for the last two years. There were a total of 13 nominations this year. An independent jury evaluated entrepreneurial spirit, innovativeness, the company’s financial performance (growth dynamic), industry influence, and corporate social responsibility. The winners were first announced based on industry, and then the overall country award was given.

‘I want to thank all of the winners of the nominations because it was an honor and privilege to stand alongside you. Entrepreneurs are people who are afraid of almost nothing. They can overcome challenges, and they know how to inspire people and do something different. Of course sometimes you want to throw your hands up, but we don’t lose heart and we move forwards,’ Alexei Repik said at the award ceremony.

As the winner of the country round, Alexei Repik will represent Russia at the final international Entrepreneur of the Year competition in Monte Carlo in the summer of 2015. Winners from previous years include the chief executive of ICAP plc Michael Alan Spencer, the founder of Cirque du Soleil Guy Laliberté, and the chairman of the board of directors at Infosys Technologies N. R. Narayana Murthy.

It should be added that Alexei Repik was elected President of the public organization Delovaya Rossiya at the business association’s 11th meeting on September 29, 2014. Before this, he was one of the organization’s co-chairs.