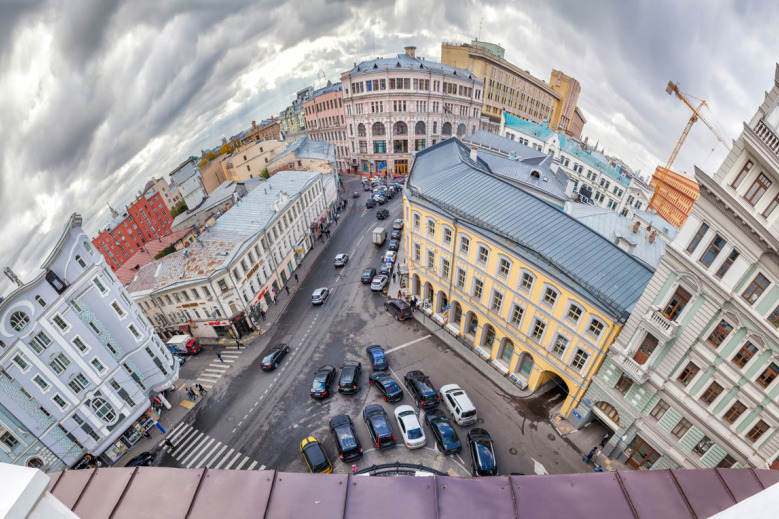 Leading world experts on urban studies, government officials and businessmen and mayors of Russian and foreign cities gathered at the Manezh central exhibition hall to discuss global, Russian and Moscow city agendas and a wide range of contemporary urban issues.

A university can create a better quality urban environment

One session at the forum was devoted to the role of university buildings in the life of megacities. HSE Rector Yaroslav Kuzminov spoke about how HSE is working in tandem with the city to develop its campuses.

He outlined four different models for university campuses - those built in isolation from cities, those built as a separate whole inside cities, those with buildings spread sporadically around a city and those in the city with increased connectedness between buildings.

This model is most common in the US with rare examples in Europe - Oxford and Cambridge universities are not in this category because they are inside towns even though the towns grew around them. In Russia there are examples of attempts to create a new campus in several places outside towns - Skolkovo for example, outside Moscow and the Far Eastern Federal University, ‘planted’ on Russky Island off the coast of Vladivostok.

Self-contained campus within the city

This is the model you’ll find more commonly in Russia, and in China too. Several of Shanghai’s universities have campuses like self-contained districts in the city. This has some advantages over the isolated model - closer connections with the city and more opportunities for interaction with students who don’t live in university accommodation.

University ‘scattered’ around the city

You come across this kind of university most often in large Russian cities. HSE’s research shows that of 120 universities in Moscow, about half of them have buildings scattered all over the city and don’t have any connectedness in terms of urban territory. This chaotic allocation of university buildings happened particularly in the post-soviet period when projects to create new classrooms and student hostels were realised wherever they could find a space, often miles away from the main university buildings.

This undermines the internal connectedness of a university and students and teachers in different faculties simply lose sight of each other. It overloads the transport system and wastes enormous amounts of time. HSE Students who go to classes in the centre of Moscow and live in the hostel at Odintsova for six years ( 4 years BA and two years MA) spend the equivalent of one whole year on public transport.

This is the kind of campus HSE has decided to develop with the city authorities. The main principle determining the location of buildings is that students and teachers should not spend more than half an hour getting from one to another. HSE decided to stretch most of its buildings along the Kaluzhsko-Rizhskaya Line on the metro (on its central stations).

As well as solving the transport problems, this model allows us to plug the university infrastructure into the city infrastructure to connect the city and university services and make a new kind of city and cultural environment as has happened in Boston (Harvard) and Paris (Latin Quarter and Sorbonne). For Moscow, parts of which have a rather low level of urban resources, this is a relevant and urgent task.

What can HSE give the city

HSE is suggesting to the city authorities to build university buildings in the North-East section of the Boulevard Ring road. Yaroslav Kuzminov says, ‘We can create a new urban environment in the district.’ The first stage would mean gradually saturating the historical part of the city with university activity, regenerating the environment by creating pedestrian zones which the students could use.

The second stage would be creating university services like time clubs, galleries, cultural centres for students and teachers. In the final, third stage when the campus is already taking shape and various cultural and social objects gravitate towards it like restaurants and youth hotels, the whole district becomes attractive not just for locals but for tourists and people who live outside the area, as happened with the Latin quarter in Paris.

So the university offers the city and its inhabitants and visitors sports and leisure activities, an open lectorium, and helps to transform libraries and create gallery spaces. As Yaroslav Kuzminov points out, ‘We’ve already begun the process with our University Open City’ project. Lots of people heard about our programmes in Moscow’s parks and museums. In future they’ll be concentrated in the central districts of the university location.’