More Social Projects at Startup of the Year

On December 17 the awards ceremony for Startup of the Year 2014 took place at the Technopolis Moscow congress centre. Of the 350 projects entered for this prestigious prize, 7 winners received the coveted statuettes - 6 for the different nominations and one from the audience. Among the winning teams there are HSE students and graduates.

The Startup of the Year award was founded in 2008 by the HSE Business Incubator supported by RVC and from the start was given to the most promising student projects. As the competition has grown the prize now goes to promising projects that are no more than three years old. Some of the recent winners have already become popular service providers like Boomstarter, LinguaLeo, Groupon and Knopka zhizn.

‘It’s great to see how an HSE student project has grown into a significant Russian prize which helps investors and startup designers find each other every year’, said HSE Rector Yaroslav Kuzminov commenting on the current competition. ‘We can see by the number of entries that the prize is growing more popular every season with young companies. This trend gives us hope that we have enough ideas and energy to keep developing a long time into the future.’

The jury of 96 business experts decided that this year’s winners were: 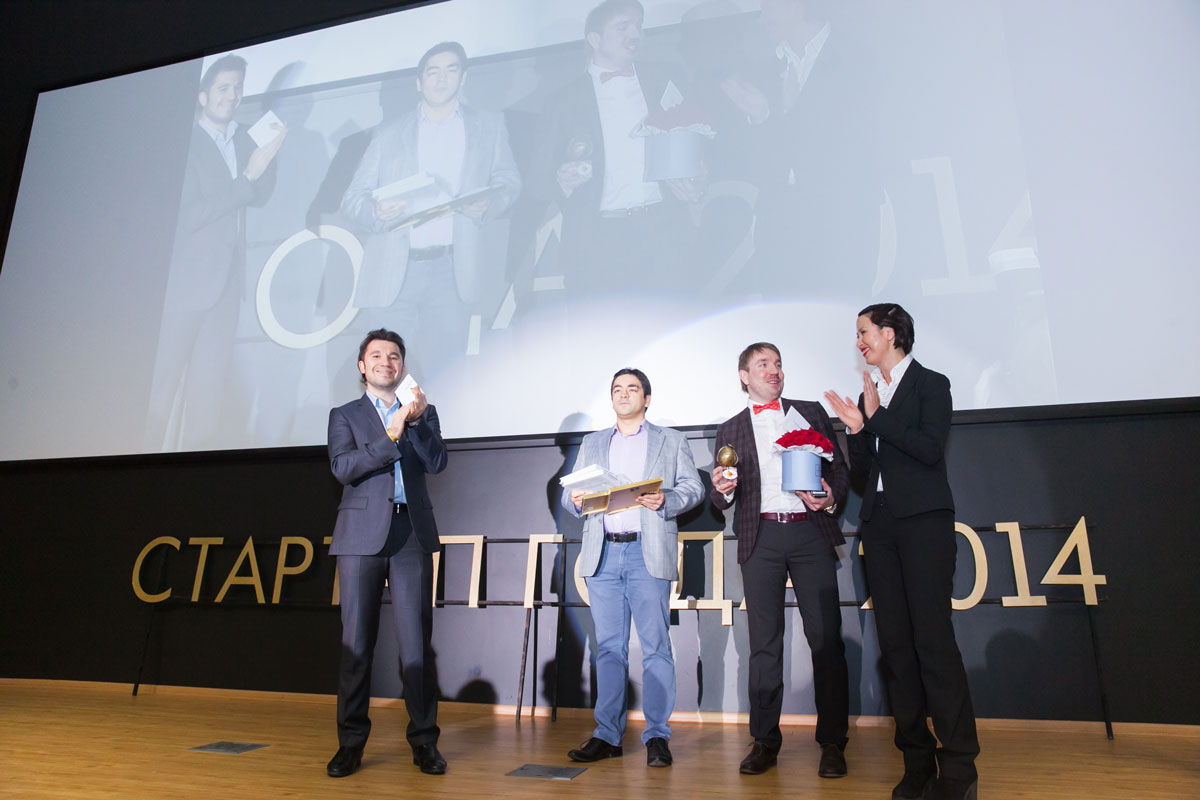 Designer of IT solutions for electronic commerce market traders CloudPayments in the nomination ‘Fintech-startup’. The project is aimed at any internet business which accepts electronic transactions. 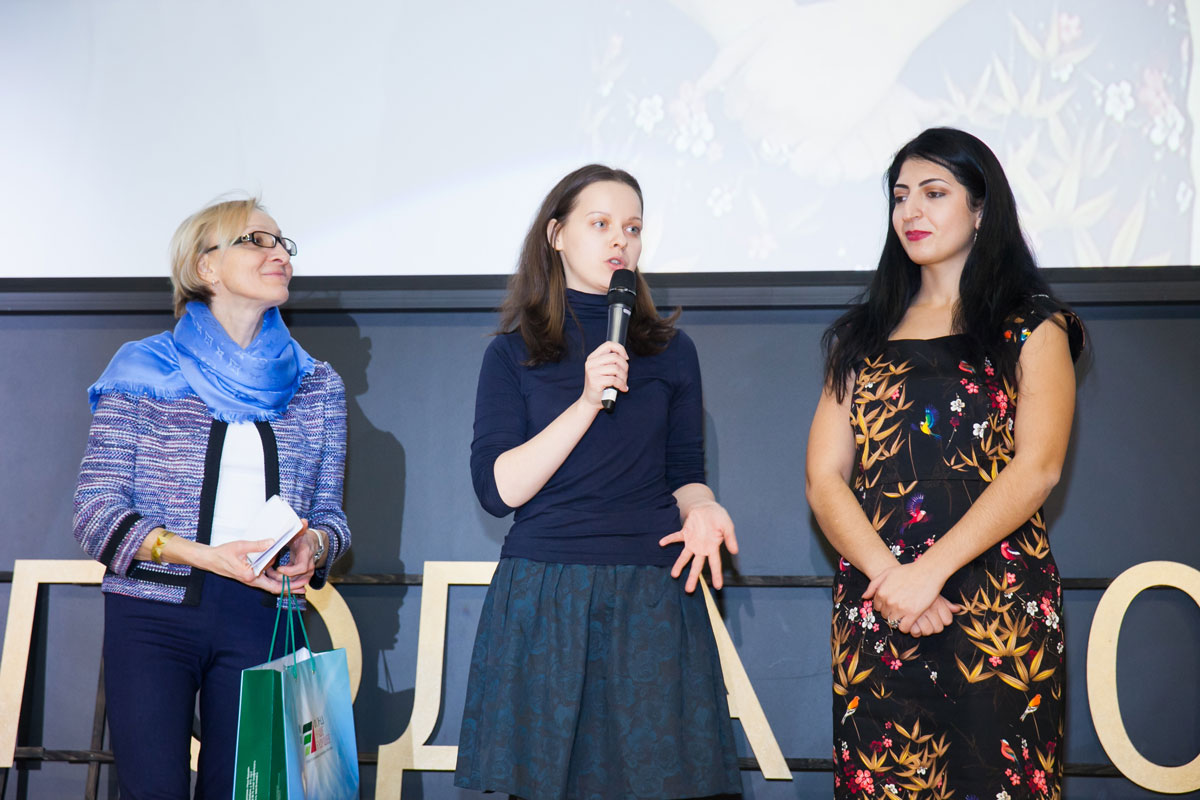 In the nomination ‘Socially significant startup’ the winner was baba-deda - an internet site for older people which offers information about services in different spheres from tourism and sport to medicine, insurance and finding employment. On the site you can for example, discover that the Cultural Centre ZIL launched a new theatre project ‘Our Age’ which is inviting anyone over 60 to be an actor, or find out which documents you need to use social services at home.

‘Baba-deda is a project for the older generation and grown-up children who are caring for their parents. It’s a huge section of the population which is not much catered for,’ says the service’s founder Anastasia Lazibnaya. One of her team is HSE Master’s Psychology graduate Armina Basilyan.

The nomination ‘Socially significant startup’ has particularly attracted the attention of entrepreneurs this season - the number of entries for this prize has grown six fold. 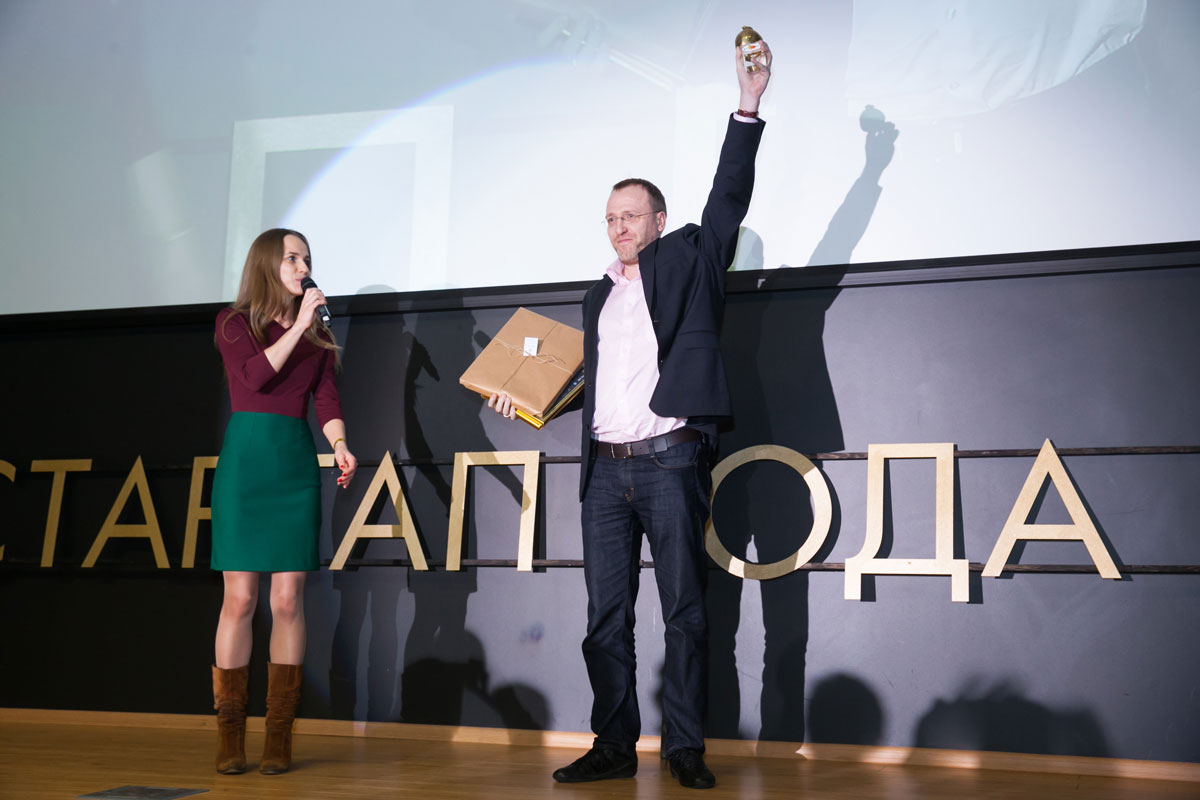 The best ‘Global startup’ nomination went to the Comfortway project. This is a WiFi router for tourists which doesn’t need to be activated and gives internet access to users anywhere in the EU at the same price as provided by local operators. 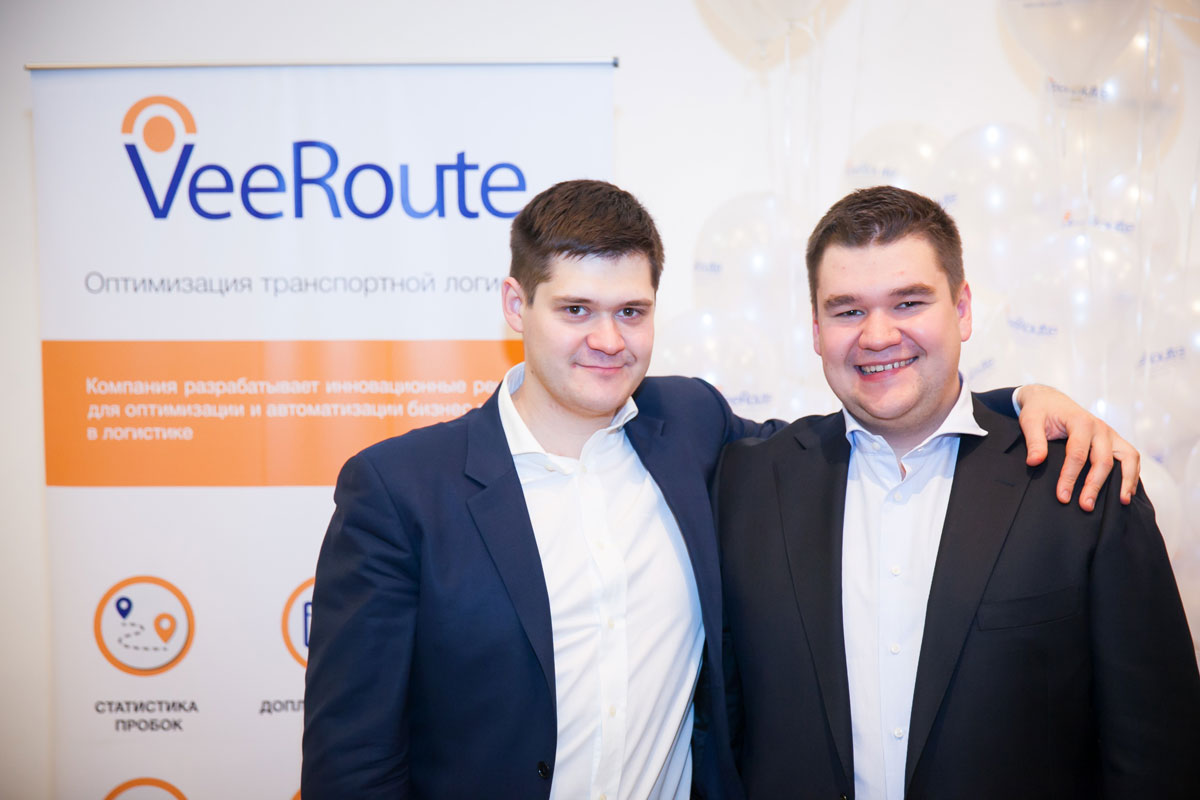 The best internet startup prize went to Veeroute, a service to optimize logistics services and transport companies. This is a project invented and developed by three brothers from St Petersburg, Vladislav, Mikhail and Igor Kudinov. ‘Courier services are really poor in Russia which constantly slows down and interrupts the delivery of orders,’ explains Vladislav. ‘We encountered the problem several times when we were organising our projects. One of the causes is that there isn’t an automated system to devise routes. Our programme helps you to plan the route automatically and send it to the driver’s smartphone.’ 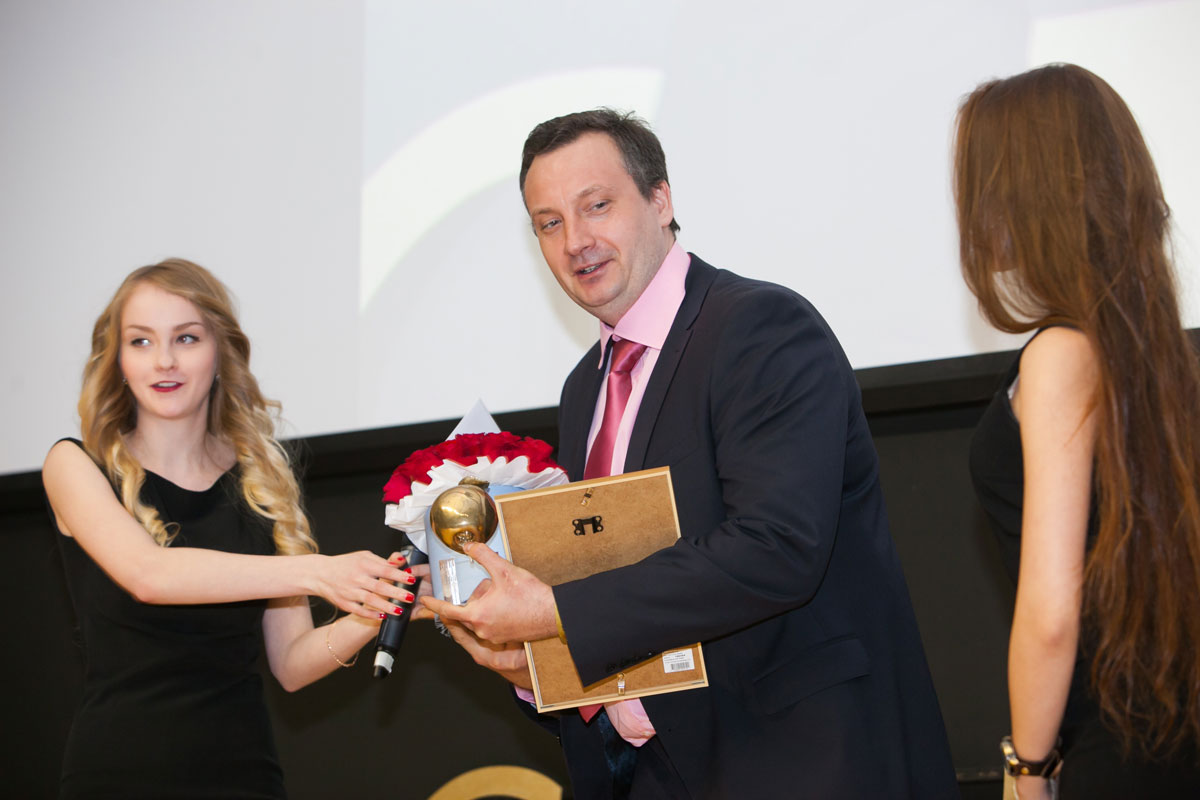 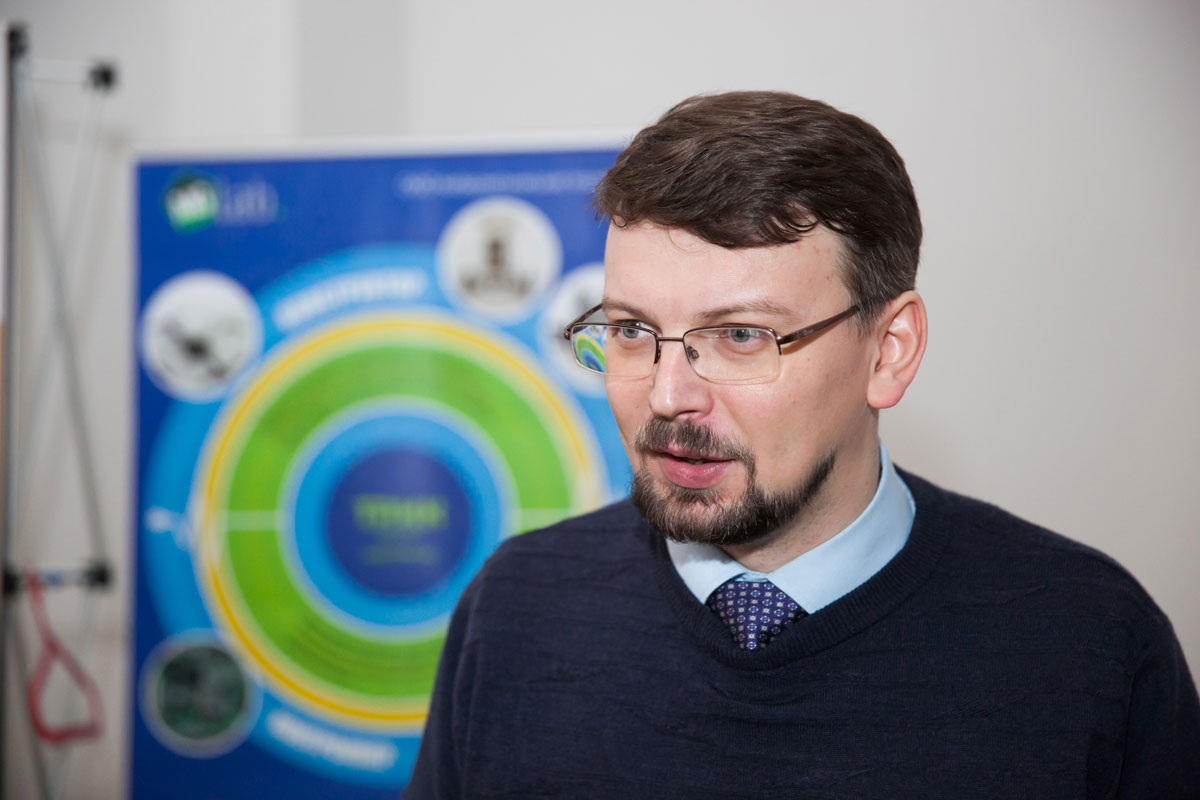 The Team of the Year prize went to the developers of technology for designing educational robots TRIK. This is essential a designer to construct robotic solutions to various problems. TRIK demonstrated robots on their stand which had been put together by 9-13 year old schoolchildren in St Petersburg. 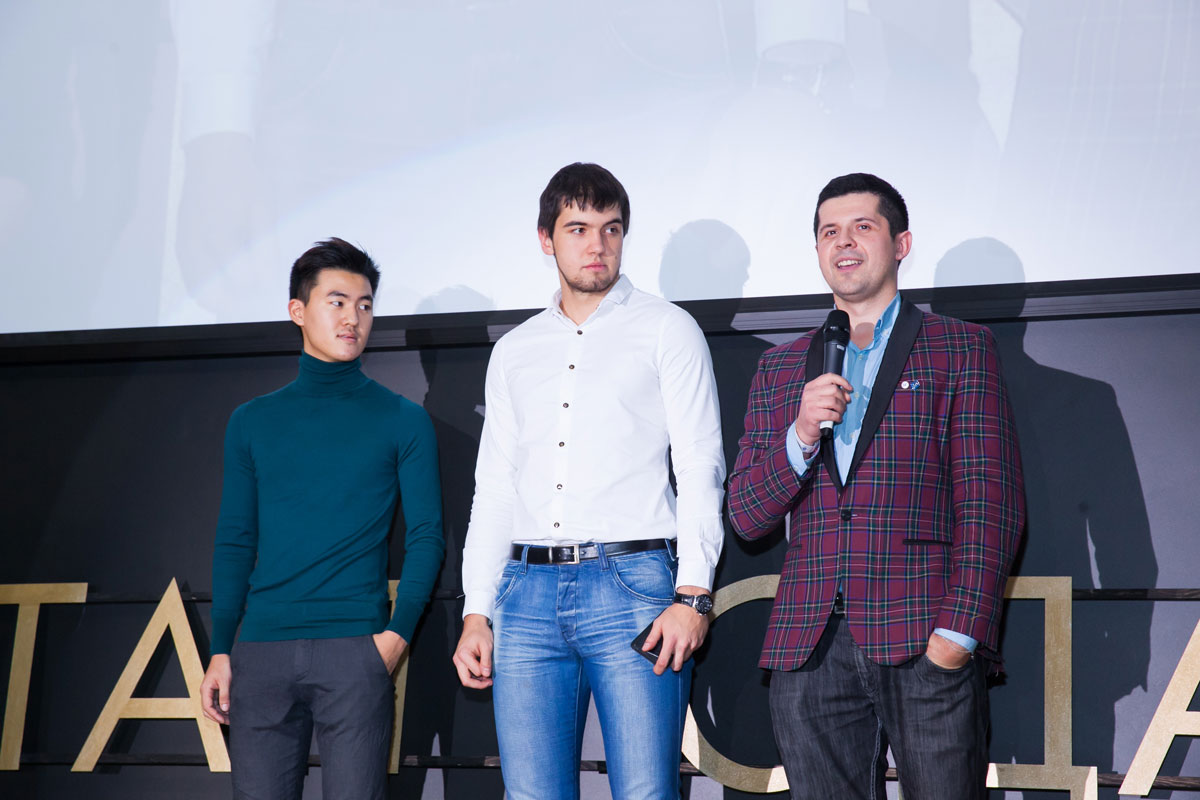 The audience prize went to the  mobile apps designer My-apps.com (this project is led by Vecheslav Semenchuk) which allows any user with the help of specially designed templates to create their own app for a few minutes and 600 roubles a month.

The designer My.Apps.com allows you to put together any kind of app for either iphone or Android. It can be used for any small business - a pizzeria, beauty salon, any retail firm. Two HSE students have joined the team this year - Ivan Tsoi and Semyon Umilin.

‘It’s good that interesting social projects are emerging in Russia,’ said Gulnara Bikkulova, Director of the department of innovation markets at RVC. ‘In general we want to say that the standard of teams in the finals is growing higher every year which fills us with optimism and hope for the future.’