This year, UBI Global, the Swedish analytics company, which compiles the rankings bi-annually, evaluated more than 1370 incubators from 53 countries. 259 incubation programmes were selected for benchmarking. The UBI Global rating for 2017/2018 divided them into four categories:

According to UBI Global data, the incubators which entered this year’s ranking attracted more than 10 000 startups in 2016, and the number of resident company employees and incubation programme graduates exceeds 72,000. Over the past five years, residents of the world's best incubators have earned more than $3.2 billion and attracted more than $4.7 billion in venture investment. ‘UBI Global evaluates incubators for several dozen key indicators. Not only does it decide on a rating, it also provides information on each parameter and compares participants in the study in terms of the parameters. We are honoured to be counted among the best university incubators in the world for the second time in a row.For us, this is not just an award – it is recognition of our effectiveness and our strategy,’ comments Mikhail Erman, Head of HSE’s Business Incubator.

The effectiveness of each incubator was measured according to 40 indicators in three main groups - impact on the ecosystem, value to customers and attractiveness of the incubation programme. The comparative analysis by UBI takes into account the resources and capabilities of the incubator (income, number of jobs created, number of partners and activities), as well as the results of residents and graduates - the volume of investment, the survival rate of start-ups and the number of deals made.

UBI Global is the only business incubator performance rating which gives an indication of trends in​​ global infrastructure. The most applications this year were from Latin America (39%), 28% from Europe and 14% from North America. The countries with the highest number of incubators which entered the rating were Brazil, Mexico, Canada, the USA and Colombia.

The total budget of incubators in the UBI rating exceeds $174 billion. According to UBI Global data, the main sources of funding for incubators and accelerators include state (28%), corporations (19%), and service fees (13%). A mere 5% of incubators which entered the rating are entirely funded by universities.

The British incubator SETsquared - a joint project between Bath, Bristol, Exeter, Southampton and Surrey universities – and DMZ, Ryerson University’s incubator, were recognised as the best university business incubators in the world in 2018. In second place was the Italian incubator, PoliHub, and in third place, the incubator at the University of Toronto (Canada). Click here to see the complete list.

HSE Business Incubator  is one of the most successful platforms developing entrepreneurship and supporting startups in Russia. Russia’s first student business incubator, set up by students and professors at HSE, it is the university’s business unit. Since 2006, the Business Incubator has provided consulting for more than 500 startups. These companies have attracted more than 700 million rubles in private investments and created a revenue exceeding 3 billion rubles. 10,000 people take part in its events annually. HSE {Inc}’s projects include the HSE {Pro} residency, Social Accelerator, the Startup of the Year Prize, and the business game, ‘Iron Entrepreneur’.
UBI Global  is a company based in Stockholm which rates business incubators around the world and provides corporations and governments with up-to-the-minute information from the markets. UBI has an international team of researchers and a Hub and Spoke member network of 400 business incubators and accelerators run by universities and affiliated HEIs in more than 70 countries.
Date
26 February  2018
Topics
Society
Keywords
achievementsHSE Business Incubator
About
HSE Business Incubator
About persons 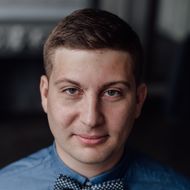 The Business Incubator Teaches: Test Your Hypothesis and Be Fiercely Competitive

This autumn HSE Business Incubator came 14th overall and 7th in Europe in the rankings of best university incubators around the world. HSE News went to meet the team to find out how it works and how it helps prime startups.

The HSE student project Chill has been selected by the StartPlanetNI business accelerator which is funded in partnership with the Northern Ireland government investment programme. The 10 best projects were chosen out of 350 teams from around the world and Chill is the only team from Russia.