The gallery is located in the School of Design building at 12 Malaya Pionerskaya Street, but has its own specially equipped exhibition space with a separate entrance. The gallery opening was an important step that followed a successful admissions process for the Modern Art undergraduate programme, which among other fields trains future curators and art managers. Now students will be apply to apply the knowledge they have gained right alongside their studies.

‘The entire fanfare behind the modern art educational programme stems from its practical aspects, which is why it is essential that there be a platform for [student] projects,’ comments Leonid Bazhanov, who is an art critic and historian, as well as an instructor in the programme. ‘I hope the gallery is just a first step. Sooner or later HSE has to get its own university museum with a division for storing the works. It’s unfortunate that the exhibitions are only temporary when it’s possible to put together a wonderful collection of modern art so quickly.’

The first project of the gallery’s exhibition season is called ‘New Slogans,’ which is curated by Alexander Shaburov, an artist in the Blue Noses Group and an instructor in the HSE School of Design. For the exhibition Shaburov put together various manifestos, slogans, paintings, photographs, video installations, and relevant statements that contemporary artists have made on important issues and put into graphical form.

Over 40 works are being exhibited, the creators of which include not only students and School of Design instructors, but also renowned Russian artists such as Oleg Kulik, Pavel Pepperstein, Anatoly Osmolovsky, Pakhom (Sergei Pakhomov), Lev Rubenstein, Yury Albert, and many others. Several artists personally attended the gallery’s opening, including Artem Loskutov, who is one of the organisers of Monstration. ‘I’m glad that spaces are opening up in the region. I live across the street and was pleasantly surprised. Shaburov wrote me, “I’m exhibiting Monstration here. Come see it.” I knew nothing about the space or the exhibition; everything is more serious than what his text message let on,’ Loskutov notes.

According to lecturer Alexander Shaburov, this proximity has allowed for students to enter a broader context and feel like part of a larger culture. ‘This is the Higher School of Economics School of Design after all. All of the instructors have made tons of illustrated books and encyclopaedias with a lot of artwork, so any of them can put together an exhibition within just 30 minutes. There were no problems whatsoever,’ he explains. ‘Another issue is that you only see students’ work during exams, so an effort was made here to take everyone’s work and get them not to be afraid of this anymore.’

School of Design instructor Kristina Kolesnikova, whose work is also on exhibit, believes that this is the right approach. ‘I actually like this horizontality. The hierarchy under which we don’t admit anyone younger is very bad. Young people often create really great works at an early age, and the story of [Arthur] Rimbaud shows that they are no worse. I don’t think it’s right for there to be a caption under artwork saying 17, 37, or 50 years old. Art is art, and this is the wonderful thing,’ she says.

The plan for the exhibition has not yet been announced, but it is already clear that the gallery will become an experimental platform where students can work alongside artists, curators, outside experts, and instructors from the HSE School of Design. It is planned that each year the gallery will exhibit four projects that students design and execute together with the curators. This is in addition to exhibitions organised by outside institutions.

‘Even if students don’t participate in the exhibition as artists or creators, they will be able to learn about different approaches towards organising exhibitions thanks to their constant involvement in the installation and discussion process,’ adds gallery director Yulia Yusma. ‘This space that we’ve thought up is likely the only one in Russia where you can acquire skills while you study. Six months after starting at the school, you are already fully immersed in the reality of art exhibition. When we were putting together the exhibition with students, they learned a lot of new things about self-adhesive film and how artwork is hung. These are seemingly funny little facts, but there are a million of them and they’re really important. And to study them, you have to be doing this constantly.’

New Slogans will be on exhibit until October 18. The exhibition is open from 12 p.m. until 8:00 p.m. every day except Monday and Tuesday. 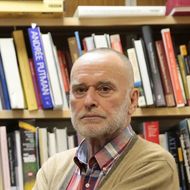 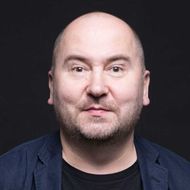 The photo exhibition ‘Kamchatka: Your Amazing Adventure’ was officially opened as part of the Days of Kamchatka event held by HSE University in the building on Pokrovsky Boulevard from January 19 to February 10. Visitors will learn about life in the region through photos of the unique landscapes and wildlife sanctuaries of the peninsula, the traditional Beringia dog-sled race, and the main symbols of the Kamchatka Region—brown bears, Pacific salmon, and wild reindeer.