The Moscow metro has launched a big educational project ‘Hello, Moscow!’ (Priviet, Moskva!). This will turn the Moscow transport system into a ‘guide’, telling the passengers about the city in various contexts, and making the everyday commute a more useful and interesting journey. The project creators include HSE staff and alumna.

The ‘Hello, Moscow!’ project is comprised of four parts: Historic Moscow, Cinema Moscow, Musical Moscow, and Literature & Theatre Moscow, which will take turns during a 10 month period. The project started with the launch of a ‘Hello, Moscow!’-themed metro train, which runs on the circle line. It is currently white on both the inside and out, but gradually, it will be filled up with information. Soon, four more themed trains will appear on radial lines. Historical references, photos and tales about the city will appear in the station halls on stickers, on station platforms and passages. The project will also include various online and offline quests.

The materials have been prepared by Russia, Moscow and art historians, and the art director is Ekaterina Molchanova, alumna of the HSE Art and Design School. ‘Together with my team, we created the project’s visual language based on original illustration and photography. The project is multi-layered, with a complex structure of various media, each of which tells stories about Moscow, Muscovites, and important events’, she said.

Together with the ‘Hello, Moscow!’ project, the Moscow metro issued a limited series of Troika cards with illustrations by Nastya Bolotnikova, main project designer, and Natasha Dzhola, lecturer at the HSE Art and Design School. ‘I love folk art, and have painted a lot of folk themes for other commissions. I have created an encyclopedia of folk characters, Lukomorie; it is currently with Samokat Publishing House, and they have exhibited it at book fairs in Bologna and Frankfurt this year, but haven’t published it yet. So, for me, the ideal job is to paint a kokoshnik or some kind of lapti, and the guys from the metro liked this Russian folk story’, Natasha said.

The passengers also appreciated the cards, and the whole issue of 10,000 sold out in several days. The project press service announced that they are not planning to issue more cards, but it will be possible to win them in Moscow metro contests and on social media.

Mikhail Blinkin, Academic Supervisor at the HSE Faculty of Urban and Regional Development, was one of the authors of the ‘Hello, Moscow!’ concept back in 2016. 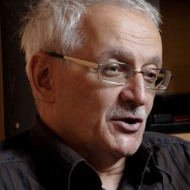 ‘I’ll start with a story told by Konstantin Vasiliev, a renowned philologist, in his paper England and Englishmen, which was published several years ago in the Vox philosophic journal. The Russian word for ‘train station’, vokzal, derives from the English ‘Vauxhall’, a 19th-century pleasure garden near London. Before the construction of the first Russian railroad to Tsarskoye Selo, the word vokzal was used to mean an entertainment venue. The music hall in Pavlovsk was one of these entertainment vokzals in Russia. It was founded to attract St. Petersburg residents to visit Pavlovsk and return the investment on the first railroad. That’s why it was built next to the Tsarskoye Selo railroad terminus. The trains arrived at the vokzal and departed from the vokzal. And eventually people started to use this word for the railroad station itself. Later, station buildings on all Russian railways were called vokzals.

For someone who plans transportation, this story is a case of how the entertainment factor can be used as a tool to increase the attractiveness of public transport. Today, 180 years after the launch of the aforementioned railroad, this task is still relevant and is now being solved with the use of cutting-edge media tools.

Once, the main task of the International Association of Public Transport (UITP), where I’m an Executive Board member, was to provide decent conditions for passenger transportation. In the advanced cities of the world, one of which is undoubtedly Moscow, improving the attractiveness of public transportation is related to solving a much more ambitious task. We have to provide comfortable conditions for transport, which combine the practical function with additional information and impressions able to improve the urban residents’ mood and quality of life. I hope that this project will become an important step in this direction’.