The exposition, prepared by the HSE Mandelstam Centre and International Memorial, first went on display in 2016 on the premises of the latter organization in honor of the 125th anniversary of the poet’s birth. The exhibition now appears for the first time at HSE and coincides with the 80th anniversary of Mandelstam’s death. It brings together copies of documents and letters from collections at the HSE Mandelstam Centre and International Memorial, and from the archives of the Russian Federal Security Service, Magadan Interior Ministry, Russian State Military Archives, Russian State Literature and Art Archives, Princeton University (where his widow requested the main body of his works be archived), and from private collections. Pyotr Pasternak, grandson of the famous poet Boris Pasternak, designed the stands for the exhibition.

The exposition is loosely divided into three parts. The first briefly acquaints viewers with the poet and his fate and draws attention to the final months of his life. The second is devoted to the contemporaries who associated with Mandelstam during this period. The third part contains posthumous materials, part of which his wife, Nadezhda Mandelstam, collected.

‘The exposition ties in to some extent with my book, “Mandelstam and His Companions,” (2016) that makes the first-ever attempt to examine the poet’s contemporaries during the final weeks of his life,’ said Pavel Polian, HSE Mandelstam Centre Director and curator of the exhibit from the university’s side. ‘I spent many years gathering information about these people bit by bit, and now have approximately 50-60 amassed. They were either on the same prisoner train with the poet, or in the same labor camp with him. Several turned out to be unusually interesting figures, and documents concerning them are displayed in the exhibition. For example, it was possible by some miracle to identify “Physicist L.” about whom the poet’s wife wrote in her memoirs, respecting the request for anonymity. It turned out to be Konstantin Khitrov, a physics teacher and director of a school in Fryanovo in the Moscow region. We located that school, and next his daughter. In his personal letters, Khitrov mentions that a fellow prisoner in the camp was a very great poet. And Yury Kazarnovsky, who to this day is considered one of the main eyewitnesses to Mandelstam’s final days, was actually sent to that camp later and never saw the poet there. However, he remembered everything that others told him [about those days] and passed it along to the poet’s wife, adding on his personal experiences as well.’

Indeed, a number of miracles occurred during the preparation of the exhibition. For example, in the Russian State Military Archives, historian and archivist Nikolai Pobol managed to locate the list of passengers aboard the prisoner train carrying Mandelstam. ‘It was like finding a needle in a haystack,’ he said, ‘because these lists were not arranged by date or destination, only by the escort regiment number.’ The prisoner train on which Mandelstam rode also appears in the exhibition.

‘Most importantly,’ said Pavel Polian, ‘is that we now know the poet’s exact date of birth as January 2 (or January 14,  according to the old calendar), 1891, in Warsaw. Last summer I received a letter from a certain correspondent by the name of Usanov who was doing some work for a Jewish Centre, sent me Mandelstam’s birth certificate. Such facts have been popping up in the most unexpected places, as if a magnet of some sort were drawing them out of their archival obscurity into the light,’ he said.

At the opening, HSE Rector Yaroslav Kuzminov called the exhibition “surprisingly personal” and reminded everyone that the university is a tool for presenting any aspect of culture, knowledge, or collective memory, concluding that such expositions achieve this admirably. He added that Mandelstam’s entire life was a lesson to humanity on how to persevere in the face of cruel fate, not by yielding to the system, but by preserving one’s moral purity and sincerity.

Mikhail Fedotov, Chairman of the Presidential Council for the Development of Civil Society and Human Rights, suggested making the exhibition a permanent fixture because it shows students the abuses of the totalitarian system without resorting to political agitation or propaganda. He also suggested making multiple copies of the exposition for use by other universities. ‘It would be difficult to come up with a better educational tool,’ he said.

The venue is located at 20 Myasnitskaya Street in Moscow, along the right-hand corridor on the second floor of the HSE building. Visitors who do not have an HSE pass must present a current passport at the guard post near the entrance. 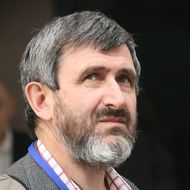 School of Design Exhibition at Central House of Artists

The exhibition Design NEXT opened last Wednesday at the Central House of Artists in Moscow’s Krimsky Val area. This is the continuation of the first Moscow Biennale of Design, which took place in 2017. During the event, group exhibitions by Moscow design universities were all brought together at a single location. The exhibition also featured personal expositions by Russian graphic, industrial, and fashion designers, including Anna Kulachek and School of Design Curators Alexandra Lartseva, Stephan Lashko, Philipp Tretyakov, and Tim Yarzhombek.

Recycling in the Name of UNIQLO and HSE

HSE School of Art and Design, in conjunction with UNIQLO, has unveiled a new exhibition entitled, 'New Life for Old Things'. The exhibition showcases a vast array of ingenious ways to give new life to old things - the most important aspect of sustainable fashion.