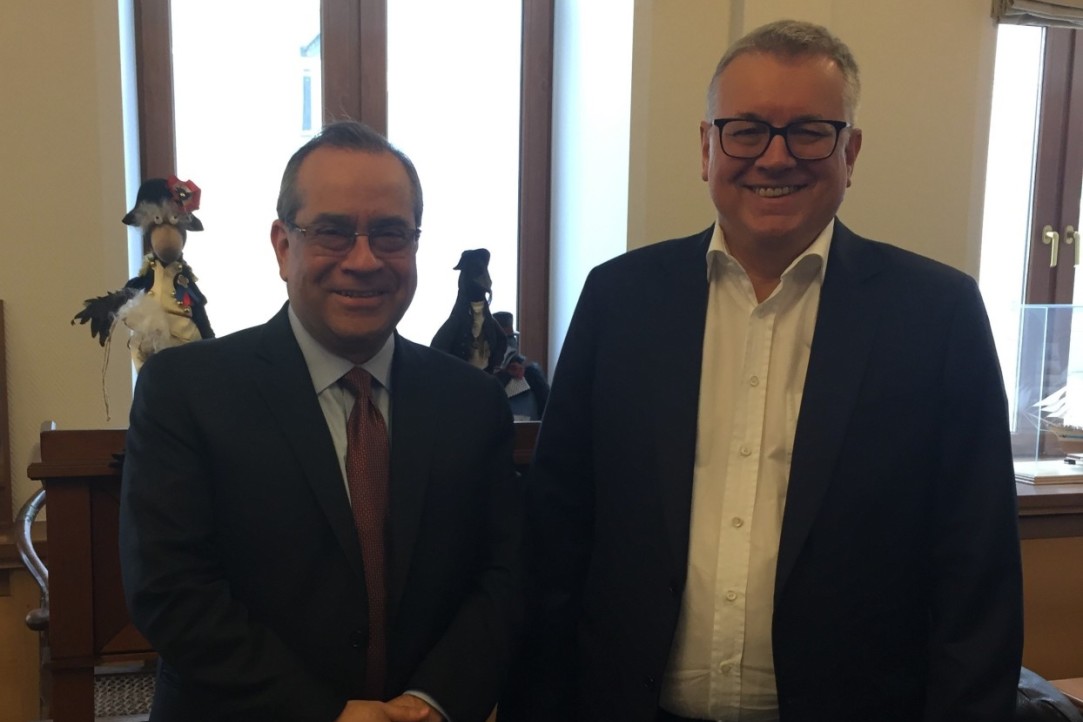 Participants of the meeting discussed issues related to areas of current and future cooperation between HSE University and the World Bank. These areas include not only education, but the development of human capital in general. The meeting addressed prospects for collaboration in order to address the ‘grand challenges’ of today.

A central issue discussed was the realization of the Human Capital Index, a global initiative of the World Bank, which is dedicated to the study of factors influencing the development of human capital. Studied factors include, first of all, education and healthcare. Countries can use the findings of this work to identify areas in which investments would ensure an increase in human capital, which means, in the long term, an increase in the well-being of the population and the national economy.

HSE Rector Yaroslav Kuzminov emphasized the critical importance of this work, especially in connection with the so-called problem of failure. In Russia, for example, according to recent estimates, more than a quarter of students do not reach the basic level of functional literacy in at least one discipline. This insufficiency may in turn be one of the determining factors of students’ economic failure in the future.

HSE University and the World Bank are long-standing partners. Head of the HSE Institute of Education, Isak Froumin, noted that the two entities have collaborated in organizing the HSE's annual April international academic conference. The bank and the university also organize joint educational events.

‘This year we had another successful session of our joint summer school, which focuses on the role of education in national and regional socio-economic development,’ said Professor Froumin. ‘We look forward to expanding our areas of collaboration.’

The meeting resulted in new joint research agreements in the areas of education and socio-economic development in post-socialist countries. HSE University and the World Bank also agreed to organize new international conferences and educational projects, including a summer educational programme.