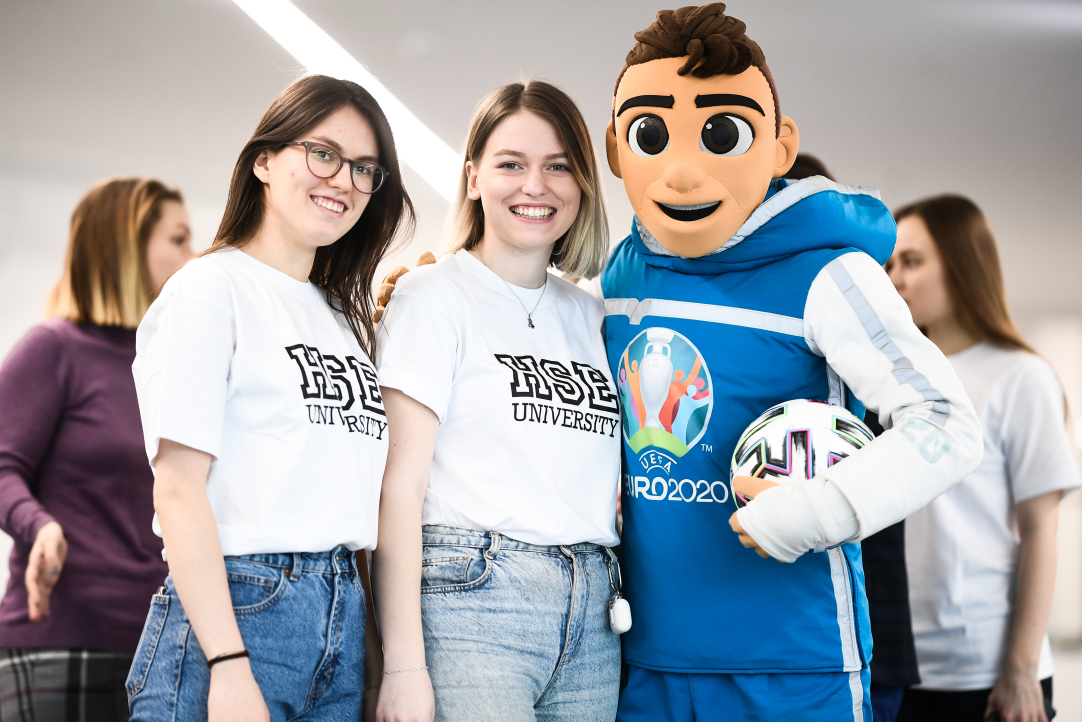 On March 5, leaders and professionals of the sports industry met at HSE University for a conference about the football industry, its economic potential, and education. At the conference, Russian Minister of Sports Oleg Matytsin and Alexei Sorokin, general director of the organizing committee for EURO 2020 in St. Petersburg, announced that despite the current coronavirus pandemic, the 2020 UEFA European Football Championship will run as scheduled. Stanislav Cherchesov, Head Coach of the Russian National Team, discussed how the team will prepare for the tournament, and HSE Rector Yaroslav Kuzminov gave remarks regarding the economic potential of Russia’s sports industry.

The conference was held at HSE University 100 days before the start of the UEFA Euro 2020. The tournament will be held from June 12 to July 12 in 12 cities across the European continent, including St. Petersburg, where four matches will take place—three group stage matches, including two in which the Russian team will compete, and one quarter-final match. However, the coronavirus pandemic has filled fans with dread—will the championship get canceled? Sports officials say not to worry.

‘I can assure everyone that there have been no discussions of date changes or cancellations. The UEFA President has urged us not to succumb to panic, because, as he rightly noted, panic can be worse than the virus itself. A working group has been created at UEFA together with the leagues to deal with cancellation issues, but their agenda does not include the Euro 2020 games,’ said Alexei Sorokin. ‘We are continuing to prepare as usual.’ 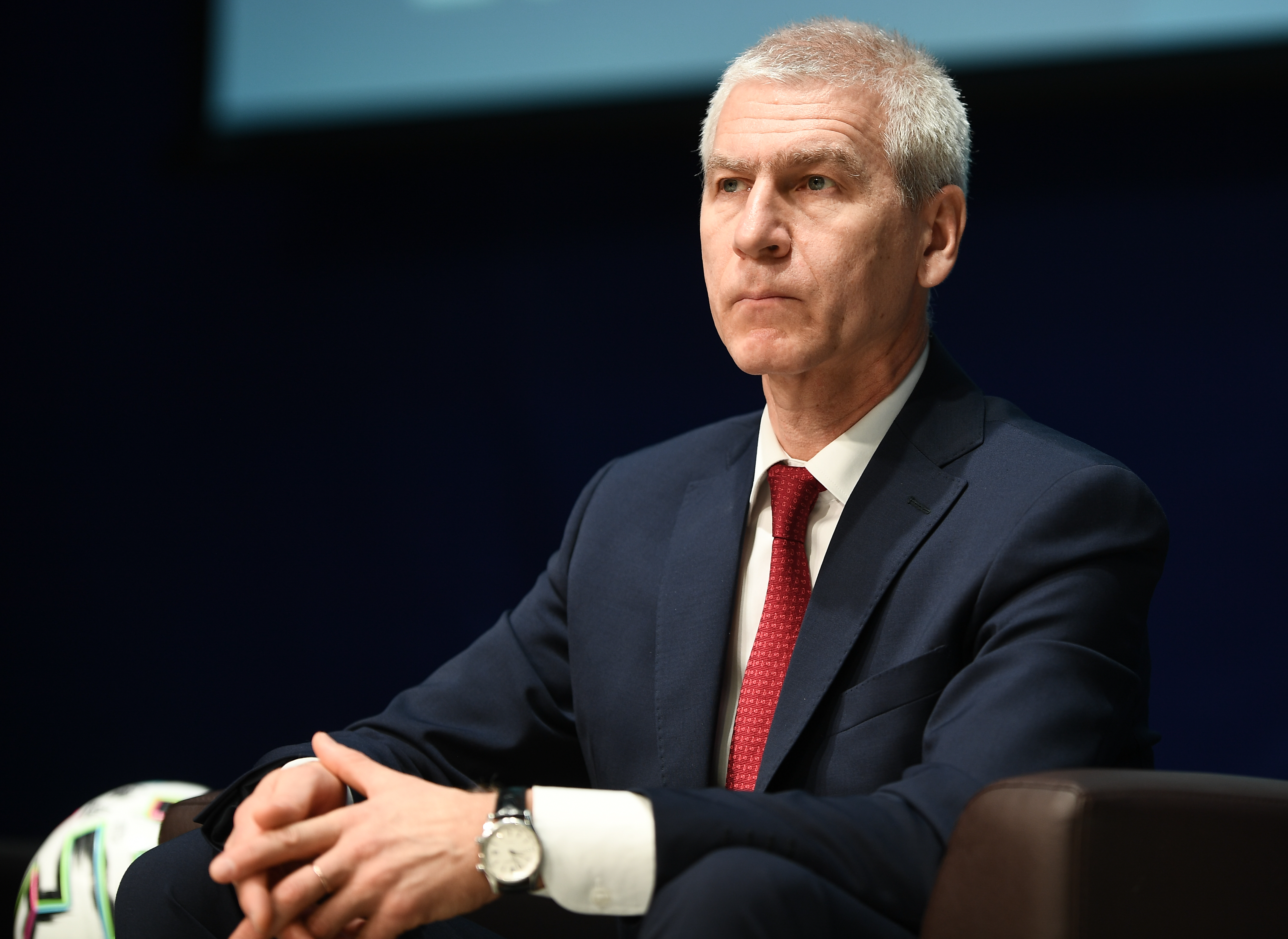 The Minister of Sports also expressed confidence that the championship will take place, despite the current situation. ‘It will be a great celebration for everyone,’ he said. ‘Guests of St. Petersburg will be pleasantly surprised by our hospitality.’ He also expressed the hope that ‘the Russian team will serve up some good football for the fans.’

Stanislav Cherchesov, Head Coach of the Russian National Team, said that the team will do everything possible not to disappoint the fans, although the bar has been raised quite high after the 2018 World Cup (held in Moscow), in which Russia reached the quarter finals. He said that the team will begin preparations for Euro 2020 on May 20, three days after the end of the Russian championship. The team’s main task, he said, is to be in top form for its first match with the Belgian National Team. 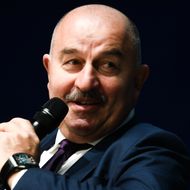 ‘Our task is to always focus on ourselves, because if we focus on our opponents, we can lose track of ourselves. The gathering before Euro 2020 will provide an opportunity to get everyone on the team up to snuff in all respects and to understand how to better structure our game. It’s important that every player does his part. It someone drops out, it can be difficult.’

EURO 2020, like any major sports tournament, has not only an athletic impact, but an economic one as well. While teams and organizing committees prepare for the tournament, countries improve their athletic, transport, and telecommunication infrastructure, and new hotels and restaurants appear. As a whole, the sports industry greatly contributes to countries’ economies.

‘We have serious opportunities to increase the contribution of sports to Russia's GDP,’ said HSE Rector Yaroslav Kuzminov. The idea that sports, education, and medicine are non-productive spheres, he said, is a misconception. ‘The sports industry should be treated just like the gas industry or agriculture. It is a large lucrative industry for the economy, comparable to tourism in the vast majority of large countries.’ The industry, Rector Kuzminov argued, has the potential to contribute as much as 1-2% to Russia’s GDP.

The sports minister and Rector Kuzminov noted that in order for the Russian sports industry to be successful, it is necessary to build a competent training system. HSE University has offered a programme in sports management training for 7 years now. In addition, HSE offers several other related programmes, such as the HSE/FIFA/CIES double-degree Executive Programme in Sports Management (taught in Russian), a master’s programme in International Sports Management and Marketing (taught in English and Russian), as well as a number of Russian-taught programmes that equip students to work in the sports and fitness industry as managers or as PR specialists. This year, HSE University will once again offer a Russian-taught summer school in sports management with Adidas. ‘We have also gotten specialists at our Art and Design School involved with various sports organizations, and I believe that when you have athletes and designers coming together, you get a very fruitful union,’ Rector Kuzminov noted.

The rector shared his plans for creating a specialized business school at the University, which may be named the Higher School of Sports Management and Law. Dmitry Kuznetsov, the director of HSE’s Higher School of Law, said that the School has now stopped admitting students to the programme in sports law, because ‘now all sports activities are conducted under a single umbrella.’ A new version of the programme focusing on sports and entertainment law will open soon. Sport-related education was also the theme of a special panel at the conference.

Generally, Yaroslav Kuzminov observed, athletics bring out qualities in a person that are in demand in today’s economy, which is undergoing a digital transformation and changing rapidly. 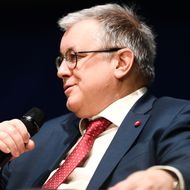 ‘Beginning in primary school, sports promote not only a healthy lifestyle but, first and foremost, emotional mobilization, team building, the ability to set and achieve a specific task, and the ability to perform in a competition. One needs all of these things to thrive in today’s economy, which requires one to know how to quickly apply their professional skills to new spheres, master new skills, to mobilize at any moment, to find others like you, and to organize a team.’

The rector and participants of the conference answered students' questions, including those not related to sports. For example, a first-year student complained that the cafeteria at the HSE complex on Ordynka does not accept cards. Rector Kuzminov said that by the end of the year the situation should improve.

In addition to discussing Euro 2020 and the sports economy, students listened to a discussion between sports journalists and new media outlets, and also participated in a public talk with German Tkachenko, President of the consulting company ProSport. Conference materials and a video of the conference (in Russian) can be found here.