‘Society’s Demand for Research in the Humanities Is Increasing’

Anastasia Ugleva on the restructuring of the Faculty of Humanities

This year, HSE University will be restructuring three of its faculties, including the Faculty of Humanities. Anastasia Ugleva, Head of the School of Philosophy, discussed her vision of these changes and what students and teachers can expect.

— HSE’s move towards project-based learning is one of the motivations behind the restructuring of the Faculty of Humanities. How will the merging of the School of Philosophy and the School of Cultural Studies help achieve this?

— To begin with, we need to agree on what ‘project work’ means in the humanities. If a project is a study that has a specific result, then, strictly speaking, working on a term paper or dissertation constitutes project work on the part of a student and that student’s supervisor. Working on an individual or collective grant is also a project. However, this all too familiar endeavor comes with one significant caveat: even if it is a collective application for a grant, it is based on one researcher’s individual interests and thereby contributes to the atomization of the academic community.

A project-based university has a fundamentally different structure. It is space populated by teams engaged in research not only in their own but also interdisciplinary professional fields. Research should respond to the challenges of the moment. And here it is important to understand and work towards the common goal of the entire project team, to foster ongoing collaboration among team members, and to facilitate needed adjustment of individual research trajectories.

— How does project work need to change in light of the current structural changes?

— It is not the research topics that need to change but rather the extent to which projects are not solely theoretical and can be put into practice. We currently find ourselves in a difficult time, and society’s demand for research in the humanities is increasing. Therefore, both the goals and the results of our research should be comprehensible to society at large, so that our research can qualify for financial support and the humanities can retain their value. 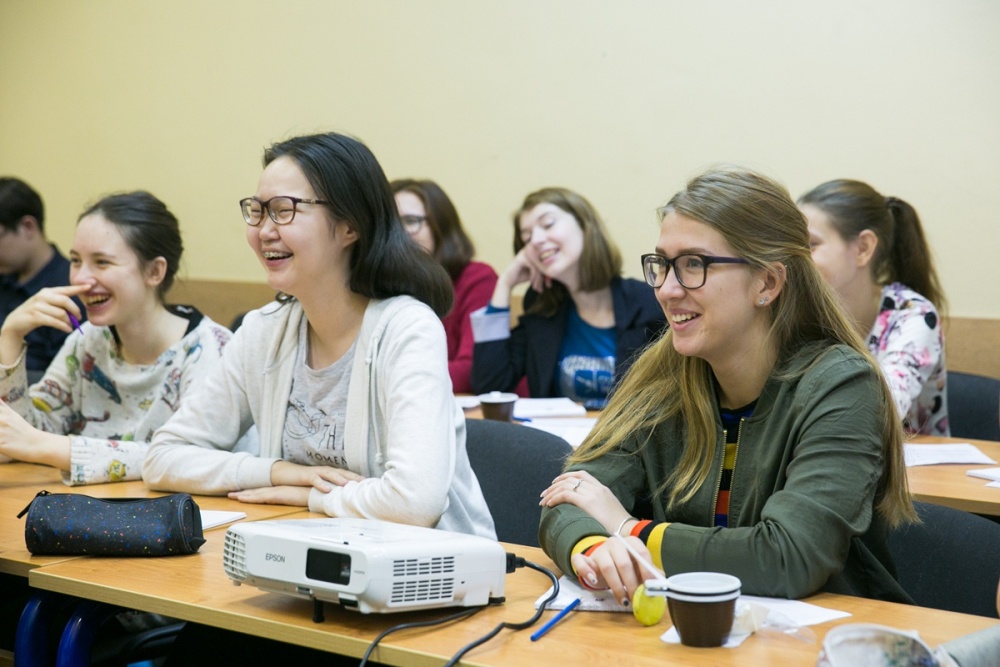 By inertia, we often form our research goals and objectives so vaguely that the main customer of our research—society—is unable to evaluate our achievements. And we don’t bother explaining what we want and what we have achieved. In this sense, project activity is always a synthesis of research, teaching, and professional work. Therefore, the tasks are more ambitious, and the people who are involved in these projects must be able to implement this entire set of tasks. A project-based university is also based on this integrative approach. It is an environment in which it is not possible that students and teachers are not involved in project work.

— What form will student involvement in project work take?

— Students of a project-based research university must be included in project work throughout the entire course of their studies. At all stages of their professional maturation, they should gain new skills and opportunities for their personal and professional development. They learn to continuously build upon their skills while identifying and focusing on their priorities. Obviously, this task can only be realized when the teaching staff is also actively involved in project activities—and not only in their offices in the ‘ivory tower’, but in continual interaction with colleagues and students. And this collective involvement in the process of scholarly research is designed to instill in students the norms of academic ethics, to help them understand and maintain high standards of research, and gives teachers the opportunity, on the one hand, to receive assistance from students in project work where it is useful for the students themselves, and, on the other hand, to have more opportunities to share their experience with them.

But for this mechanism to work, it takes time. You need to build it so that it is equally comfortable for both sides. At the same time, one should not forget about areas of specialization, so that at the end of their studies, students leave the faculty not just as broad specialists, but as professional scholars or practitioners. In both schools—the School of Cultural Studies and the School of Philosophy—the atomization of research, unfortunately, has long become the only norm. There were no real collective projects, especially those in which students could have the opportunity to improve their research skills from year to year, to get the opportunity to regularly interact with senior colleagues and learn from them—neither in one nor the other school. 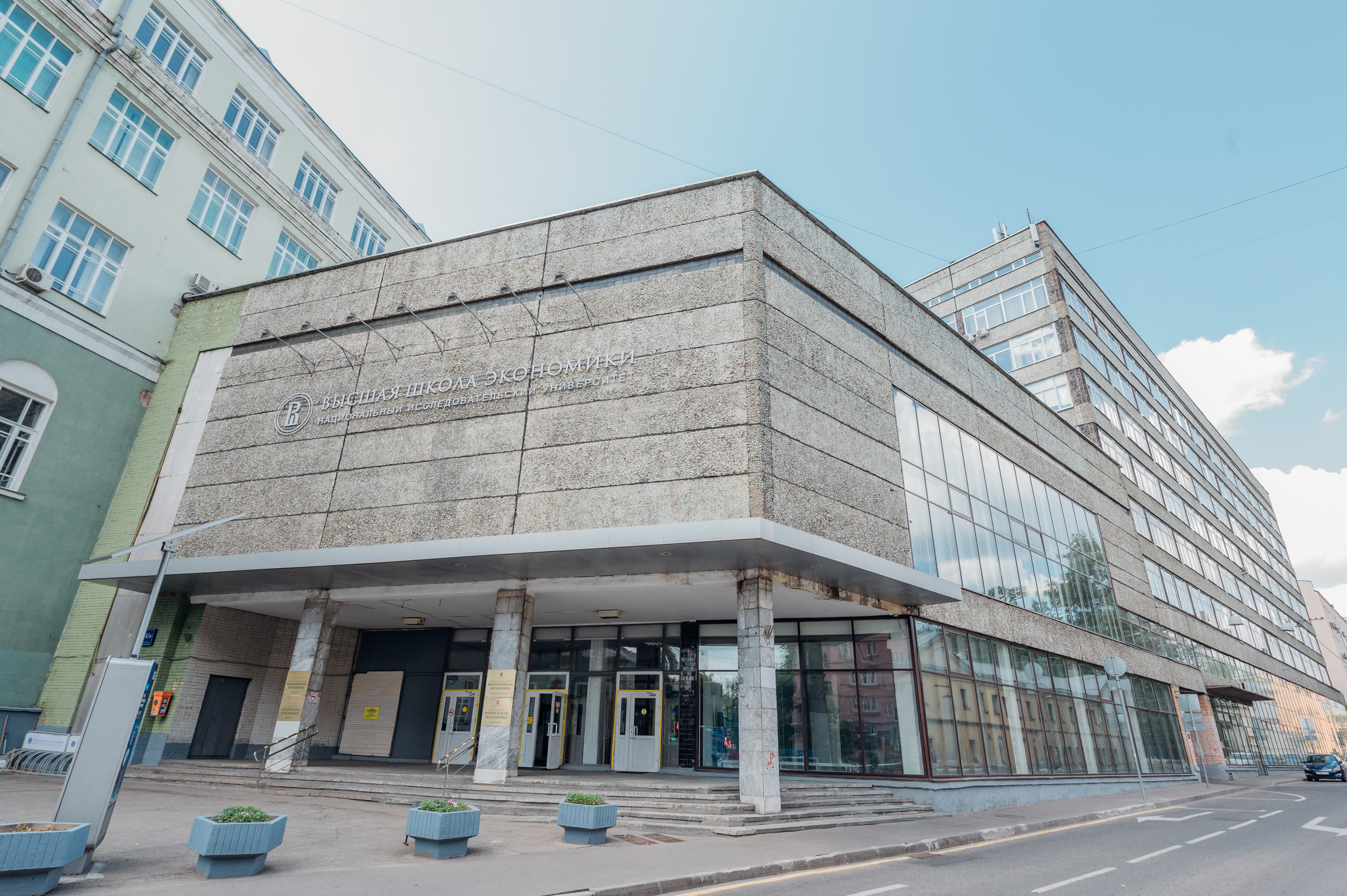 Of course, some students were lucky—some found compassionate, caring academic advisors who engaged them in collective grant work, and some had opportunities to travel on research expeditions. But this was not a common phenomenon. And I really hope that in the newly united School of Philosophy and Cultural Studies we will be able to build a new model for relationships and thereby contribute to the development of HSE as a project-based university.

— What, in your view, are the two merging schools’ biggest strengths and weaknesses?

— To begin with, I would like to note the high professionalism of the teaching staff of both schools. At the same time, our tasks were somewhat different, and now they will be common. Thus, the School of Philosophy has always been famous for its fundamental developments, the level of which has provided us with a fairly rapid advancement in international rankings for several years, and, among Russian universities, we rank second only to Moscow State University. However, in the area of cultural studies, HSE University is not represented in any rankings. Why this is so is a separate question, but I hope that thanks to the unification of the schools, we will be able to promote our fields in the international arena by joint efforts.

Philosophers have a lot to learn from the School of Cultural Studies. Some colleagues have already been actively involved in applied—or, if you prefer, project-based—research related to cultural studies, and they have a solid understanding of how to organize project activities, what the external funding mechanisms for such initiatives are, and how to help us diversify a project proposal for students who are not planning on pursuing an academic career.

— First of all, this is no longer a separate faculty, but a united department within a mega-faculty. This is fundamentally important, because the tasks of the faculty differ from the tasks of its constituent structures. The united School must contribute to the success of the entire Faculty through its activities. And in the current conditions - also to solve general university tasks, in particular, the formation of a project and digital university. The School of Philosophy and the School of Cultural Studies have so far represented not only atomized, but also hermetic structures.

There was practically no interdisciplinarity, and project activities were extremely limited even among cultural studies scholars. I hope that my colleagues and I will be able to join forces to overcome this hermetic quality, by involving the entire faculty in common megaprojects and more. As an example, until recently, the phrase digital philosophy was seen by many as an oxymoron; today, a whole inter-campus ecosystem of digital humanities is being created at the Faculty of Humanities, to which philosophers, and then, I hope, cultural studies scholars will begin to actively connect.

— Is it already known what the first projects of the newly united school will be this year?

— So far, I can only roughly outline them, since the actual unification of the two schools will take place only in September, and we have not yet had the opportunity to thoroughly discuss this issue with colleagues from the School of Cultural Studies. In the School of Philosophy, research groups have been working for several months, implementing a series of projects in ancient, medieval, and modern European studies, which is a traditional area for philosophy. We also have groups that have been engaged in phenomenology, logic, the philosophy of science, the philosophy of language, and consciousness for many years. A special thematic cluster is socio-political philosophy, which also contains a number of interesting studies. Within the framework of these research groups, a number of promising projects were nominated for a university-wide project group competition.

Meanwhile, three mega-projects have emerged, which, I hope, will bring together many colleagues from both schools. One will most likely be dealt with by a new subdivision of project-based cultural studies under the leadership of Vitaly Kurennoy - the specific name and content of the project will appear in the near future.

The second project brings together the efforts of philosophers, cultural scholars, religious scholars, and historians. It will be based at the Centre for Russian Philosophical, Cultural, and Religious Studies of Russian Traditions in connection with and diversity of historically formed and newly emerging social practices, as well as modern approaches in the wide field of Russian and cultural studies, intellectual and cultural history, history of memory, ethics, art, and aesthetics.

And, finally, the third project will be based at the Center for Applied Ethical Research - this is an inter-campus interdisciplinary project, which is extremely important for the entire university, since the question of ethics is present in almost any study and most of the discussions on acute socio-economic problems are, first of all, ethical discussions. Even all recent wars, especially the war in Syria, have confirmed the priority of ethical issues and ethical approaches to being at war. Having clear ethical priorities is one of the key aims of almost any large company. It is no coincidence that most of the world's leading universities have similar subdivisions in their structure, fulfilling, along with research activity, an advisory and expert function. The same is the task of our ethical center. Ideally, the task is to form a network of interaction at all levels of work—a research network, which includes a research center, universities, and a professional association or group.

— What other changes does the merging of the schools entail for students? Will the merger cause one discipline to be less represented than the other?

— Not at all. This was never an intention, nor will it be in the future. We must maintain the high quality of our educational programmes, and our colleagues from both schools have done a lot to ensure that they meet students’ needs and make students feel confident in their choice. Of course, over time, the programmes will change as HSE becomes a fully project-based university. The share of project courses in the curriculum will gradually increase. But this will not happen overnight. First of all, because we are not yet ready for radical changes, we need to develop an adequate strategy of behavior and optimize all the resources that we have at our disposal.

— So, the changes will occur incrementally?

— Of course. This applies to the entire university. No radical breaking of the existing programmes is planned.

Laboratory on AI for Computational Biology has opened at the HSE University's Faculty of Computer Science not so long ago. We talked with its head, Attila Kertesz-Farkas, about the lab, research and his path in science.

Officially
‘A Rector’s Mission Is to Act in the Interests of Students, Teachers, and Academics’

Message to the University community

How it will work at HSE University